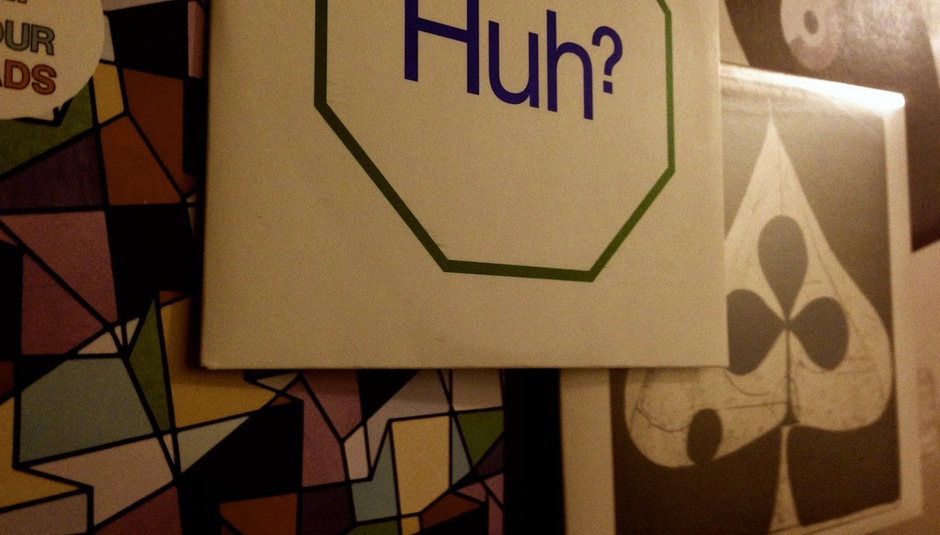 Here we go... DiS' albums of the year countdown begins... but first, a word from DiS' editor who compiled this list...

The days zoom by and you listen to all these records, and then suddenly it's listing season (A-bloody-GAIN!). Taking stock of a year in record releases is all well and good and sporting and wotnot, but it is never an easy thing to do. I guess before we get into it, I should provide a bit of context and explanation of how it works around these parts (in case you haven't seen our year-end lists for the past few years...)

According to some reports, there were in the realm of 80,000 albums released this year. What does and doesn't constitute a 'release' is a very fricken' boring argument, but let's just say that there were 3000 or so albums DiS probably coulda/shoulda listened to and reviewed this year. We - the DiS team of 45 fans turned critics - managed to cover about 800 long-players over the past 41 weeks. If you want to be properly anal about it, there were well over 2000 albums covered, if you include acts mentioned in The Singles plus various local and genre specialist columns! Add this the combined exploration and discovery skills of our community, DiS has the ability to crowd-source our way through a hell of a lot of music and hopefully not miss too much that is of interest. I say hopefully, because even now, after ploughing my way through approximately 320 albums in the past month (and I've tried about a 1000 different artists on for size so far this year), I still don't know for sure if I've gotten this list 'right'.

There isn't really a 'right' way to do this, and accepting that can make things - how do you say - challenging-en-fronch? Basically, a lot of people (yes, I mean you over there, in that silly beanie hat and My So Called Life-esque lumberjack shirt with your Mad Max/Rihanna haircut!) take lists and the ordering of things very seriously indeed. Sometimes I take them seriously too, but not always...

Why Do Lists Matter?

Perhaps it's a human desire for a survival of the fittest or maybe a nerdie compulsion to put things into some order. While I may see the utter pointlessness of hierarchy in a medium as subjective as music, I also fully see the point of lists, especially in this overwhelming AAAAAARRRGGGGH!!!-please-make-it-STOP digital age we be livin' in. We make quick decisions with our exploration, and sometimes get drawn in to 'talking point' sensationalism, when a band decides to not put out exactly what is expected them or whatever. It's ever so easy to miss or dismiss some music that might just change your life. If you're anything like me, you want to know which records you should really be investing your time and money in, and you hope that someone is out there filtering things out. I hope that some of you know that our staff's dedication to spend a decent chunk of time with a record, to allow them appreciate it as a fan of the band/genre, and then try to make sense of it critically, continues to be helpful. Maybe it's even more important now that we all have human guides to help us from getting lost in the infinite digital jukeboxes. I mean, can you really trust an algorithm after what they did to the banking industry?

In compiling this year's list, my mind has been frazzled. WHY DO NONE OF YOU AGREE ON ANYTHING ANY MORE? Is the lack of consensus because there wasn't a truly great album this year or was it because we've all gotten better at knowing what we like and how to find it thankyouverymuch? (Oh, you came here for a list because you were unsure about what the 'best' was, well, er, that's why we have used the word 'favourite' instead - SORRY!)

When totting up all of our staff 'votes' (they each submitted lists of their 5 favourites of the year) I scribbled in my tea-stained notebook that there were over 250 different releases which had at least one vote. Some of these picks which have ended up down at the lower end of the list were, in fact, some individual's albums of the year (two of them even received a 10/10 from the individual who reviewed the records for DiS!), and yet no-one else mentioned them anywhere in their top 5. Others garnered a couple of 4th positions, but have had so much love on our message boards (which I take into account!) over the past year, that it would be remiss of me not to include them. Some acts I just couldn't decide if they should or shouldn't 'make the cut' and went with my gut. (SORRY ACTS THAT DIDN'T MAKE IT! It was probably more of a clerical error than a cuss of any sort. Please don't send us hate-tweets or turn down our interview requests. We <3 U RLY!)

This is the most albums we've ever had in one of our albums of the year listicles, and yet there's a lot not in this year's selection. Strangely, a lot of super-popular DiS beloved acts, who in any normal year would be top 10 contenders, seem to have fallen out of favour. This year wasn't particularly normal though, with so many 'records of note' and a general quality level rise, a few of our favourite bands seemingly suffered at the hand of previously setting their own bar of expectation too darn high.... I have other theories as to why this year has been a funny year, but I'll pause this thought-blathering here and pick it up when our countdown continues tomorrow...

DiScuss: Which album is too low in your annoyed opinion? Who's gonna make the top 50?

In Photos: Band Of Skulls @ The Leadm...