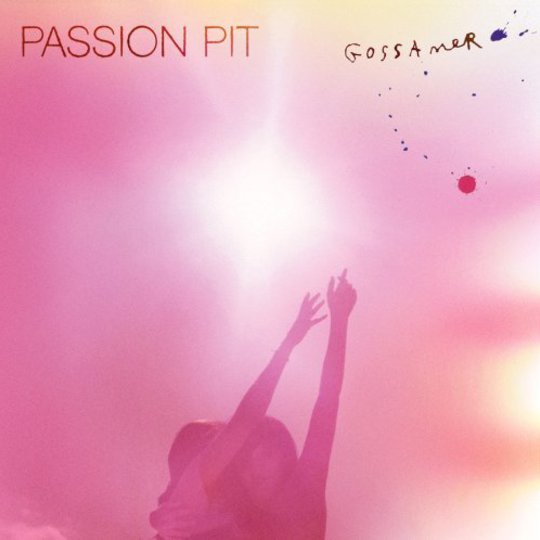 Passion Pit’s first release was a collection of songs intended as a belated Valentine's Day present to frontman Michael Angelakos’ girlfriend. Follow up full length Manners garnered attention for its juxtaposition of dark lyricism with intensely colourful melodies and hyperactive textures. But this emotional directness and lyrical darkness wasn’t immediately apparent to the casual listener – it took a concentrated immersion to move past the strikingly uber-falsetto vocals and "woah-oh-oh"-based choruses to discover the discord at the heart of those tracks. But for the first time, Gossamer commands its listener directly through some precise and unambiguous emotional corridors, Angelakos’ lyrics often high and centre in the mix, frequently delivered with a more conventional vocal performance for clarity. The result sees Passion Pit delivering a record which finally resonates as meaningful personal statement, whilst retaining their hallmark overactive pop-playgroud sound.

In fact, beyond merely preserving their trademark, sugar-sweet dance pop and stupidly-stuffed textures, Passion Pit actually manage to expand on both. ‘I’ll Be Alright’ stomps through at a blistering tempo and rushed melody, with snatches of warped vocal sample and clusterfuck rhythm fills dropping in for half-second flourishes. And on the straight-up pop anthem side of the coin, the succeeding ‘Carried Away’ dances through a chain of hooks, culminating in the band’s most confetti spraying, teeth rotting, will-definitely-be-called-a-‘festival-favourite’-in-press-releases chorus to date. And they’re – like almost every cut on here – pitch perfect jolts of weather-replacing summer jams. They’ll be too sweet for some to handle, but for those who could stomach artistic choices like the children’s choir on ‘Little Secrets’, they’ll be some of the gooiest, stickiest treats of the year so far – and you’re allowed to eat the whole box.

But here the interesting thing is how, while retaining this overactive production style, Angelakos manages to make Gossamer feel more effortlessly human, more like the self-realised artistic vision of an individual than Manners ever came close to being. Opening song ‘Take A Walk’ borderline talks into the listener’s ear, speaking of woes about families withheld overseas, and drained pension funds. Elsewhere, at least three separate tracks on here refer to Angelakos’ drink problem in unblinking terms. And yet, despite doubling down on the pop credentials and the super-fun-times arrangements, the music never distracts from these sentiments. Angelakos has spoken in advance of the release of this album of his desire for his lyrics to take more of a prominent role, and he’s succeeded in making sure that they do, through a combination of more conventional vocal takes, plain spoken verse, and more clearly pronounced performances.

But those choruses, those choruses. Never, even at Angelakos’ most petulant or self-effacing, does Gossamer strike an extendedly dour note – and that’s the paradox at the heart of the album’s appeal. The music, while never distracting from Angelakos’ sentiment, nevertheless still succeeds in chasing away the unwelcome transference of its festering self pity and other such ugly cousins. There’s a run of tracks toward the album’s end – ‘On My Way’, ‘Hideaway’ and ‘Love Is Greed’ – which sport a trilogy of choruses which unfurl so msucially euphoric, with such luxurious, dreamlike grace – in spite of their simplicity – that his woes and neuroses become romantic rather than bothersome. Gossamer is a lovesong to the tender heights (we shall say heights, rather than depths) of feeling at the balmiest time of year; when feeling anything can provoke some sense of wonder and an irrepressible desire to listen to beaming pop music, really loudly, again and again.