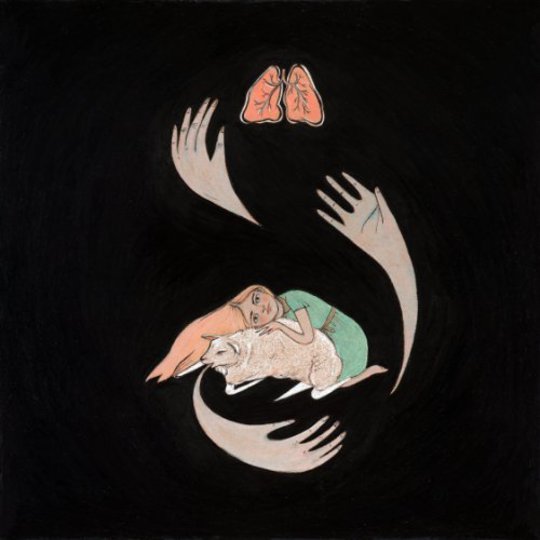 It’s been well over a year since ‘Ungirthed’ slipped onto the web and began Purity Ring’s slow-burning insinuation into the consciousness of the blogosphere, Corin Roddick’s lurching sound-waves and Megan James’ panicked-child vocals surprising with their unusual cohesion. ‘Ungirthed’ bore its influences for all to see - twitching, hip hop-inspired percussion, Salem-styled synth creeps and the sort of pitched-off, heady vocals you might expect from the lovechild of Justin Vernon and Moaning Myrtle. These influences, though, seemed so disjointed - so far removed from one another - that you were unsure as to how the whole thing even worked.

The Canadian duo’s subsequent releases (both physically and digitally) made no effort whatsoever to close the gap, wriggling with freedom in a way that only the most contradictory of art can. ‘Obedear’, for example, begins with the sort of overstated swagger – clap percussion and blipped out synths strutting - that leaves you waiting for a Kid Ink verse to kick in when, of course, it’s the sound of James’ crooning that greets your ears. ‘Fineshrine’, on the other hand, places the emphasis on the graphic blend of love and violence, James singing “Cut open my sternum and poke my little ribs around you” as the synths chime like church bells in the distance. In the face of all this disparity, it was the seemingly effortless cohesion of each subsequent track the pair released that endeared them so. Shrines, fortunately, manages to maintain that.

It helps, admittedly, that the five tracks that were previous floating around online are included, but the fresh songs are just as organic and effortless. 'Grandloves’s opposing vocals pull and push at the synths that nestle between them, before Roddick’s arrangement trickles into ascendancy in what seems like a wholly natural progression – and Shrines, as a unit, is just like this. The vocal melodies might fluctuate with self-conscious naiveté, the drums might twitch, tinny but forceful, the bass growl and shudder and the synths tingle like glass drops chiming onto the surface of an ice-cold lake, but still there is something natural about every track on Shrines. These songs seem to represent the culmination of the duo’s fuzzy dreaming, taking on huge, existential topics with great care, and - regardless of the fact that these are tracks sculpted simply with keystrokes and clicks of a mouse – Purity Ring’s music is ultimately defined by its makers’ humanity.

You could, if you were being ungenerous, put this sympathetic quality down to the fact that the lyrics, when James wrote them, were never intended for public consumption. You might even write off the disconnect in their music as a by-product of the way it’s composed – with Roddick creating an entire instrumental track before sending it over to James to add vocals to. However, there is something so deft about this LP that you can’t help but feel that it is more than merely a by-product of its kooky genesis. You want to believe that James and Roddick have really, consciously, created something that comes alive with its own self-doubt. James herself, on 'Belispeak', sums up the album perfectly: Shrines is the sound of the air beneath your bed whispering when you rest.