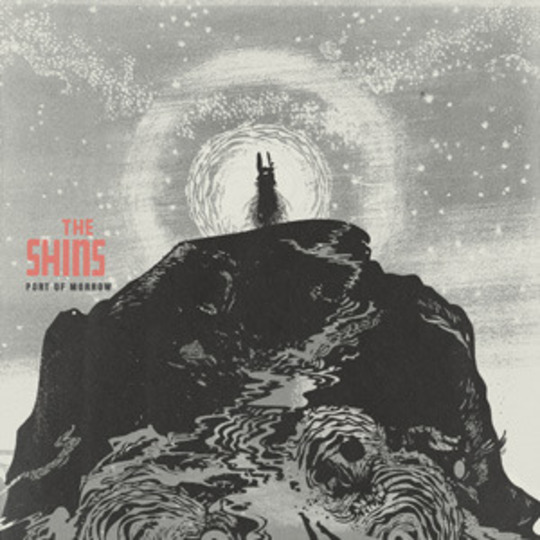 Five years after Wincing The Night Away and a lot has happened in the world of The Shins. James Mercer has spawned Broken Bells with Danger Mouse, for one. For another, good old 'aesthetic differences' has seen the departure of founding members Marty Crandall and Jesse Sandoval, with Ron Lewis, Eric D. Johnson and Modest Mouse's Joe Plummer recruited in their place. Where there was Joe Chiccarelli's rock sensibilities, there is now uber-pop producer Greg Kurstin, best known for Lily Allen's 'The Fear'. The change of career direction, between Wincing The Night Away's experimentation and Port Of Morrow's firm laser eye on the mainstream, could scarcely be more obvious.

Opener 'The Rifle's Spiral' is an unashamed, balls-out pop stomper, the backdrop to Mercer's snark of those who've gone out of their way to claim superiority, only to come spectacularly undone on the way down. Given the band's recent history it's not the world's greatest leap to ask if the venom is directed at external forces, or at Mercer himself. 'Bait and Switch' and 'No Way Down', meanwhile, are both good displays of Kurstin's influence, adhering firmly to classic pop structures and relying on some magnificent hooks. You may wish to dance. Embrace that urge.

'It's Only Life' finds Mercer trying to pick up a friend from the doldrums, imploring "I've been down the very road you're walking now/It doesn't have to be so dark and lonesome". Mercer has claimed, when he first started working on Port of Morrow, that the songs were happier than previous efforts. While the album has a sparkly, laid-back breezy pop feel, the same certainly couldn't be said for the lyrics which, for the most part, tell tales of friends in tough spots, how "we all spend a little while going down the rabbit hole", the chorus of 'Simple Song' telling its subject "don't go thinking you gotta be tough/To bleed like a stone". By the time ‘40 Mark Strasse’ comes around, with its “You’re suffering, the film will end/Nothing is coming next”, it’s as much a personal motivation as an imploration for a loved one to simply get up off the boxing ring floor and keep taking blows in the knowledge that, like all down moments, it has to eventually end.

The Shins have always been at the forefront of a certain subsection of the indie pop scene, the one which accompanies a constant array of Wistful Young Man movies directed by Zach Braff and starring Joseph Gordon-Levitt with Kirsten Dunst as a manga heroine with pink hair who Joe has to save from her seven evil ex-boyfriends. And then she goes off and marries someone else anyway, but not to worry because our hero will hear a Shins song and be inspired by the great lessons she taught him in his journey to drive cross-country with his father's ashes. Port of Morrow ultimately feels like Mercer’s attempt to create an album full of those moments, bring them out of Hollywood and into the real world.