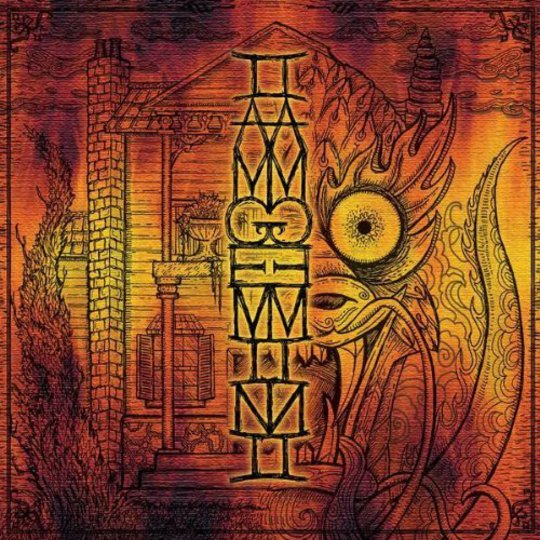 There’s no question in my mind; this is a monumental return to form for Tim Kasher after his somewhat dubious foray into the world of solo artistry. This beautifully dark fairytale of a concept album is as heavy as the Cursive of old, ingenious, and just as lyrically surreal as you could hope for.

As their seventh in a discography of unpredictable creativity, where I am Gemini holds back on the discordant brutality of the likes of The Ugly Organ, it ultimately proves to be a much subtler beast. Kasher allegedly thought up the story before sitting down to write out the complete album lyrics sequentially into an angry, melancholy, captivating narrative. It traces the events brought about by the reuniting of twin brothers Cassius and Pollock, who were separated at birth. Are they two, or are they one? Are their opposing good and evil natures two halves of a destructive whole? In a lyrical and musical exploration of the themes of duality, Cursive have come out with a conflicted gem.

The haunted opening track ‘This House Alive’ mingles loneliness with anticipation in the gradual building of guitars beneath a brooding vocal line. An undercurrent of percussive tension floods over into the second track, driving the narrative towards its first climax and, incongruously, the most dainty of anything you’ll find on the record. ‘Sun and Moon’ is the lead track and marks the moment the twins first meet. This interlude, whilst integral to the story, feels like a final chance to take a breath before shit gets a bit heavy. It’s certainly a light refreshment but at the same time as out of place in the album as a puppy keeping pace in a wolf pack. You can’t help but wonder if this pre-released tune wasn’t a bit of a bid to drum up some new fans.

Fortunately, that’s about it for cheery as far as the next ten tracks go. The ambience is shattered with driving guitar riffs, fragmented and repeated, cut through with moments of despondence and regret. The aggressively memorable choruses of ‘Gemini’ and ‘A Birthday Bash’ fall suddenly into the darkness of quiet, remorseful sections in an exploration of the duality theme. Reflective imagery, along with symmetry in both structure and lyrics, colour the entire album with a split-personality struggle between good and evil in which the destructive force finally prevails.

For me, there are two standout tracks. The first is ‘Wowowow’; jagged, full of exciting and complex rhythms, and capped with the mournful testimony of conjoined sisters who join the cast fleetingly to sing out the track.

My second, and the final song of the album, is by far the most atmospheric. ‘Eulogy for No Name’ encapsulates Cursive’s finest moments. It is splintered with discordant semitones, smattered with unnerving, intelligent phrases (one that particularly sticks in my head; ”As soon as you were born you were aborted”). It is bitter, defiant, reflective, including a chorus of angels that is swept away in a final deluge of sound, and fades back away - in a mirroring of the album’s intro - into an eerie silence.