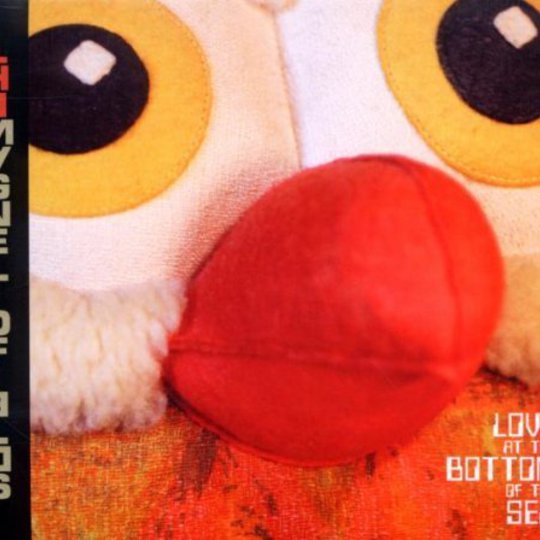 It’s a measure of tribute to The Magnetic Fields that despite them being a ubiquitous fixture on the music scene since emerging in 1991, there has never really been anyone who has come close to them in terms of wit, beauty and broad-shouldered absurdity. Yet their musical and thematic journey since 1999’s remarkable 69 Love Songs has largely been one of self-discovery and re-invention, as the band appeared to row away from their former roots in what appeared to be a deliberate attempt to distance themselves from their remarkable creation and the expectation it mustered. And thus came the so-called ‘No Synth Trilogy’, where the band explored first acoustic and compositional arrangements (I), dense Jesus and Mary Chain swirls of feedback (Distortion) and dark-edged fairy-tale folk (Realism). Expanding the horizons; changing the sails; setting forth on a new set of adventures, while always seeming to mark out clear distance between themselves and their former hauntings.

So in finally returning to electronica on their 11th studio album, (which according to Merritt in the recent DiS interview, is about nothing thematically apart from “our triumphant return to synthesisers”) where do the band arrive at in terms of their sound and style? Well, Love at the Bottom of the Sea runs musically hand in hand with so much of what we love and have loved about their earlier records such as Get Lost, The Charm of the Highway Strip and Holiday: those sparse electronic instrumentations, woozy dreamlike backgrounds and melodies standing up like golden statues among the mist. But through this now filters a shuddering sarcasm, a cutting comic timing and a biting cynicism. The Magnetic Fields have returned to their hometown; but older, blunter and with a more acerbic tongue in their cheek.

Opener ‘Your Girlfriend’s Face’ is a joy. A screeching synth line (almost as if the dusty instruments are shrieking with a newly liberated joy) leading into a burbling bass and a wickedly savage series of threats from Shirley Simms, including hiring a hit-man do-over the aforementioned girlfriend and most brilliantly, having her “buried alive on crystal meth”. ‘Andrew in Drag’ is wonderfully conceived and delivered in its eyes-across-the-table depiction of repressed and bewildering homoeroticism. Sketched out in three brilliant minutes, Merritt’s baritone vocals warmly embrace peerless couplets such as “So stick him in a dress and he’s the only boy I’d shag / The only boy I’d 'anything' was Andrew in drag”. ‘God Wants us to Wait’ plays out amongst a dense, trance-drone backdrop and techno bass-thump which sounds almost like someone has done a club remix of a Magnetic Fields song. New ground; expertly covered. A lively and confident introduction; you’re genuinely expecting things to rise and reign from that point onwards.

The fact that the album never quite matches up to the promise that its opening salvo engenders does prove someting of a disappointment, though that isn’t implying there is anything particularly risible on the record. It’s just that at times, certain songs do seem to shuffle along when you’re willing them to hop, skip and jump. ‘Born to Love’ is clumsily charming in the manner of a drunken teenager at a formal dance, but it always feels like it is owed a gear change that never quite arrives. Similarly with ‘I’d Go Anywhere with Hugh’: it is sweetly pretty but you can’t help feeling that the band have done this sort of thing with far more sumptuous results before. ‘Infatuation with Your Gyration’ is however, far better. Another in a long line of Merritt’s odes to dancing, it leaps about with a joyous and amyl-soaked abandon which is thrilling and familiar: like a stolen kiss with a former love while high as a kite. Equally striking is the wonderful, waltzing charm of ‘If You Were the Only Boy in Town’. There really isn’t any other band who can sound like an experimental electronic outfit, a nursery rhyme and a music box all at the same time.

‘Goin’ Back to the Country’ is a gorgeous blast of pure melody and blissful release, but ‘I’ve Run Away to Join the Fairies’ drags in comparison; any momentum lost in an uninspiring silt cloud of sound. ‘The Horrible Party’, ‘My Husband’s Pied-à-Terre’ and ‘I Don’t Like Your Tone’ are full of sharp wordplay and intricate melodies, but do seem to fumble the ball when it comes to producing any lasting impression. Thankfully and pleasingly, the record does rally to a resounding close, with the searing vocal thrusts and stomping marching-band beat of ‘Quick!’ leading into the understated, swaying elegance of ‘All She Cares About is Mariachi’: the band riding off into the sunset on a carriage of burbling synths, fanfare trumpets, guitars and Merritt deadpanning “So go ahead and hire Saatchi & Saatchi / To advertise the sausage in your pants / But all she cares about is mariachi / And all she ever wants to do is dance”

It’s true that Love at the Bottom of the Sea does oscillate sharply in terms of quality, though the stature of its finer moments comfortably overshadow the lesser offspring. But the true joy of the record is found in its sheer freedom. Bluntly put, The Magnetic Fields have never sounded as gleefully unshackled. And ultimately, this proves the defining and determining factor in appreciating the charms of the collection on display here. In not being constrained by self-imposed limits and boundaries, it plays out as maybe not the finest, but almost certainly the most natural, relaxed and joyous Magnetic Fields record in recent years. And as for Stephin Merritt? He still remains the same wonderfully obtuse songwriter that he’s always has been: a mixture of romance and lust; the beautiful and the filthy; poetry and comedy. Long may he continue to enthral us all from the windows of his faded, enchanted tower of song.