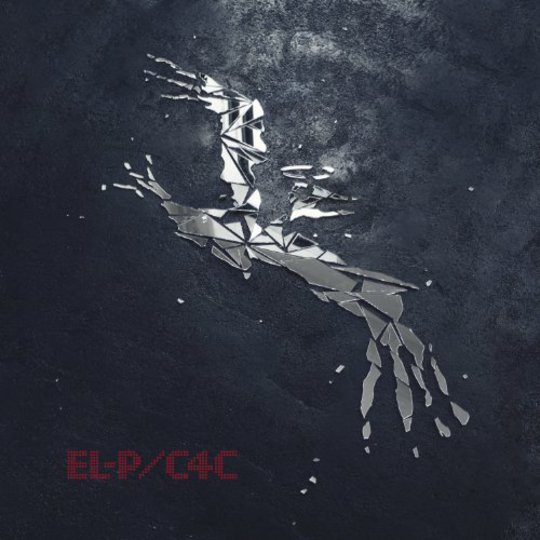 ?There have been few more persuasive or convincing comeback refrains in recent memory than “you should pump this shit, like they do in the future” - so goes the buzzing chorus of 'The Full Retard', one of our first proper tastes of El-P's return to the studio after a five year absence.

Combining instant appeal with Jaime Meline's usual lofty focus on execution and innovation, it was at once a breath of fresh air as well as a shot straight between the eyes. And if 'The Full Retard' didn't convince you that El-P was going to be returning on Cancer for Cure with both fists clenched and all guns blazing, then being pummelled by the relentless flow of opening track 'Request Denied' should put paid to all doubts – bludgeoning words into a dangerously high syllables-per-bar outburst; effortlessly liquid linguistics almost unparalleled in contemporary hip hop. “No, we're not dying – not for you” goes its final refrain – as if such an assured, defiant opening could've suggested anything else.

This apparent effortlessness is at once El-P's greatest strength and his only arguable flaw. He has always been rightly described as a dark, claustrophobic type – both lyrically and musically – but, coming relatively hot on the heels of something as widely lauded as Death Grips' trail-blazing The Money Store, even a record like Cancer For Cure comes off sounding slightly reserved or mainstream in its unwillingness to oversell its innovation.

Whilst Death Grips used showy bombast and self-conscious clashes of abrasion and fidelity to draw attention to its forward thinking futurism, El-P is confident enough to employ subtler nuance to showcase his progressive talent. The shape-shifting of these grim beats – often for only short stretches of tracks – evidence a craftsman's attention to detail combined with a trust that his audience will appreciate them without requiring neon-lit signposting. Take the last verse of 'Oh Hail No' (spotlighting a brilliant turn from Danny Brown) where, after a break for a second or two, the beat returns completely reconfigured, but entirely in-step with the textures and tones that preceded it - an organic overhaul executed seamlessly.

And El's actual flow is equally capable of oscillating between polarities – the relentless machine-gun fire of opening track 'Request Denied' or the more laid back pace of material like 'The Jig Is Up' – but doing so with such an organic quality as to never sound like he's self-consciously aiming for different targets or seeking to impress for its own sake.

As the album moves into a particularly confident patch of the grimly unfurling trilogy of paranoia which is 'The Jig Is Up', 'Sign Here' and 'For My Upstairs Neighbour', El's flow becomes so self assured as to no longer need to dazzle with force or speed, instead weaving its poetry around more conversational syllabic constructs; rising and falling into new tempos with the patient majesty of someone with nothing to prove.

And while El-P spends every single track arranging his syllabic patterning into deliciously complex tangles of thorns without ever making too much of a fuss it, the gut-punch of the actual content - lines like “to the mother of my enemy, I just killed your son” - are allowed their fullest impact, resulting in a collection of songs which expand to their full potential in several directions at once.

When you combine this teeth-gritting lyrical intensity with El-P's boundary-pushing production and stupefyingly capable poetics, it's little wonder that, for all its darkness, paranoia and rage, Cancer For Cure emerges as one of the year's most endlessly re-playable records.