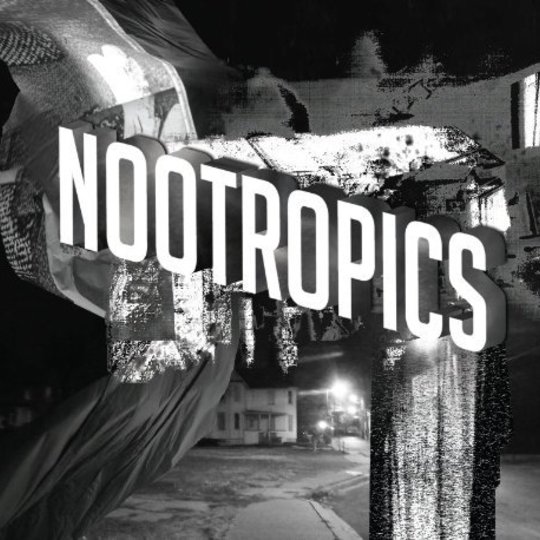 On the face of it, Lower Dens are as cold as they come. The glacial aesthetic that underpinned the Baltimore quartet’s debut offering Twin-Hand Movement often seemed as dense and impenetrable as a polar ice-cap. But hidden below this frozen facade was a warm heart, teased out by Jana Hunter’s mesmerising purrs and gorgeous fluttering of guitars.

Album number two Nootropics continues to strike a balance between mystical detachment and shy romanticism, connecting band and listener through an opium-daze of languid melodies. Admittedly, it occasionally misses the mark, with numbers like 'Lamb' gently floating off into the ether as a background of understated and underwhelming psychedelia. But when it's on-point, this is an album of undiluted bliss that fingers its way inside your conscience through deftly crafted soundscapes.

‘Brains’s labyrinth-like rhythm is the immediate show stealer. Breezing along to tap-dancing percussion, it expands into a gorgeous swell of synthesizers that recalls the frantic folky-murmurs of Here We Go Magic, before delving seamlessly into the coruscating afterglow of ‘Stem’. Less immediate but no less engaging, the gloomy 'Candy' leans on taut guitar lines and Hunter’s breathy intonation of “I never could cut you down” to create an inverted and gorgeous sweep.

Frustratingly, Nootropics is let down by Lower Dens' penchant for pissing about. The scene-setting scar of twitching feedback evident on ‘Lion in Winter Pt.1’ does little to prepare you for the metronomic beat and electronic judders of 'Pt.2'. Likewise, the 12-minute-slog of ethereal undertones and breathless sighing found on tedious closer ‘The End is the Beginning’ is bereft of precision, preferring to loll along aimlessly, as if teasing listeners to reach for the off-switch prematurely.

But for all its challenges, for all its moments of indecision, this is an album busting with an array of sweet spots to hone in on. Coiled around swooning harmonies and a deep, bulbous bassline, the delicious ‘Propagation’ is the sort of melting, heart-string pulling swell Grizzly Bear would be proud of; while the stuttered percussion and cathedral-atmospherics of 'Nova Anthem' are synchronised into a gorgeous sweep by Hunter’s seductive tones.

Ultimately, Nootropics takes time to ingest and understand. It’s undoubtedly complex, awkward and occasionally without direction, but it also produces moments of astonishing splendour, each with the capacity to bring neck hairs bristling to attention. They may continue to exude a cool air of pretention, but musically Lower Dens are starting to warm up.