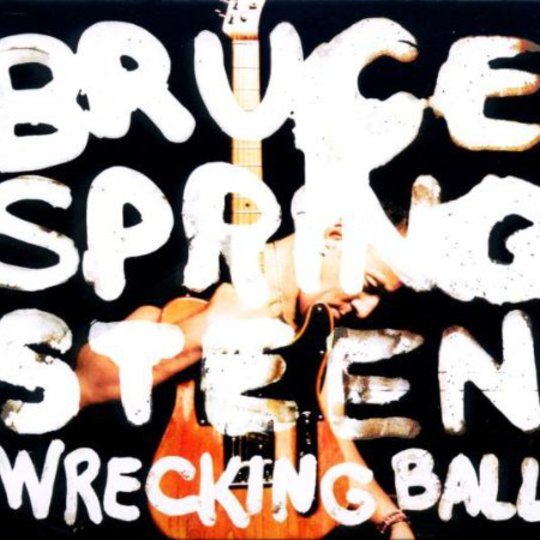 One of the upsides to the world going to shit is that it tends to bring out the best in Bruce Springsteen, an artist who – notwithstanding the magnificent The Ghost of Tom Joad - was practically mothballed in the Nineties, only returning to active service post-9/11.

Surprisingly, maybe, Wrecking Ball is the first of the six albums he’s put out since 2002 to be overtly, unambiguously politicised: despite its undeniable resonance, The Rising wasn’t substantially a record about 9/11, and though the protest folk covers of the super We Shall Overcome were clearly tilted at the Bush administration, the project was indubitably about Springsteen’s love of the music first and foremost (it seems unlikely ‘Froggie Went A-Courtin’ rattled too many neocon cages).

Wrecking Ball is pretty unambiguous, though. Opener ‘We Take Care of Our Own’ takes bitter aim at the tragedy of New Orleans: “from the shotgun shack to the Super Dome/ there ain’t no help, the cavalry stayed home/there ain’t no one hearing the bugle blowing/ we take care of our own” rumbles the Boss over a upbeat surge of pop rock that seems liable to be as roundly misconstrued as being patriotic as ‘Born in the USA’(what to make of the riff's weird resemblance to that of the Lightning Seeds’ ‘The Life of Riley’ I do not know, but I sort of feel it needs to be mentioned).

Seven years to write a response to New Orleans is a little tardy, admittedly, but the lyric perhaps exists more as a reference point, the most potent symbol of America’s latter day turning away from its poor. Elsewhere Wrecking Ball is very much a post credit crunch record: “It’s still fat and easy up on banker’s hill/ up on banker’s hill the party’s going strong/ down here below we’re shackled and drawn” he hollers on ‘Shackled and Drawn’; “If I had me a gun, I’d find the bastards and shoot ‘em on sight” rasps his disenfranchised protagonist on ‘Jack of all Trades’, just in case we didn't get the message.

As per usual, multi-millionaire Bruce Springsteen’s empathy for the workin' man may irk those who regard New Jersey’s favourite son as ill qualified to talk about this stuff. But as ever he writes about these things with enough sensitivity, intelligence and shameless rabble rousery to pull it off, plus for once the folks he’s peeved with are probably in fact richer than he is.

If we’re taking it on lyrics alone, this is Brooce on good form; not quite his best but angry, eloquent, necessary stuff to keep in mind the next time some bore starts boring on about how nobody writes political records anymore. There’s also a lot of softer, warmer songs about keepin’ hope alive etc, which he largely gets away with because he’s, you know, Bruce Springsteen.

Musically, it’s not quite so watertight: since he ‘returned’ with The Rising, Springsteen has leant towards hard, polished arrangements of tasteful strings and ringing guitars. Though a little less compressed, Wrecking Ball defaults to a similar sound – ‘We Take Care of Our Own’ is a case in point – but seems oddly torn between fairly successful folk leanings and more questionable soul ones. ‘Death to My Hometown’, a thunderously OTT Celtic stomp about the ruination foreclosures have wrought on the US, is superb, up there with anything in his catalogue and a reminder that nobody but nobody does weapon’s grade bombast like The Boss (there’s shotgun sound effect in it at one point, and it’s amazing). And the stomping workin’ fella’s blues of ‘Shackled and Drawn’ manages to fuse a gospel choir and glittering Emerald Isle strings to good effect. But the smattering of cod-uplifting Alan Lomax field recordings of black spirituals are a less successful addition to the late ‘Rocky Ground’ and ‘Land of Hope and Dreams’. They unbalance the record’s tone; as does Michelle Moore’s not unpleasant but slightly bemusing rap on ‘Rocky Ground’ and the interpolation of Curtis Mayfield’s ‘People Get Ready’ on ‘Land of Hope…’; and half inching the riff of Johnny Cash’s ‘Ring of Fire’ for the closing ‘We Are Alive’ is a pretty surreal way to wrap things up. I suppose maybe Springsteen is trying to evoke the breadth and richness of the American working class life and culture, but it’s not entirely convincing.

Ultimately, despite the odd moment of off piste brilliance (ie ‘Death to My Hometown’), Wrecking Ball is at its best when Bruce sounds the most like Bruce: ‘This Depression’ is a pulsing, synth-touched lovesong of gentle grandeur with a politicised subtext and ripplingly gorgeous guitar solo from Tom Morello; the title track’s gruffly defiant tale of a New Jersey born out of the swamp and ready to go down fighting in the face of the foreclosure merchants would probably make your chest swell even if it weren’t for an unutterably gorgeous Clarence Clemons solo that’s a finer tribute to the big man than any mawkish requiem (there are some butchly touching sleeve notes, mind: ‘Clarence doesn’t leave the E Street Band when he dies. He leaves when we die’).

If the tunefulness and vigour of 2007’s Magic had met Wrecking Ball’s sense of purpose, you’d probably have yourself Springsteen’s best album of his later years. As it is, I can’t help but feel Wrecking Ball fritters something of itself away via its unsteady musical palette. It is still pretty righteous though, and far rather Springsteen blasted out an imperfect record every other year than some rarefied masterpiece every decade or whatever. The times they are a-hard and it’s good to have this old guy around, warts and all.