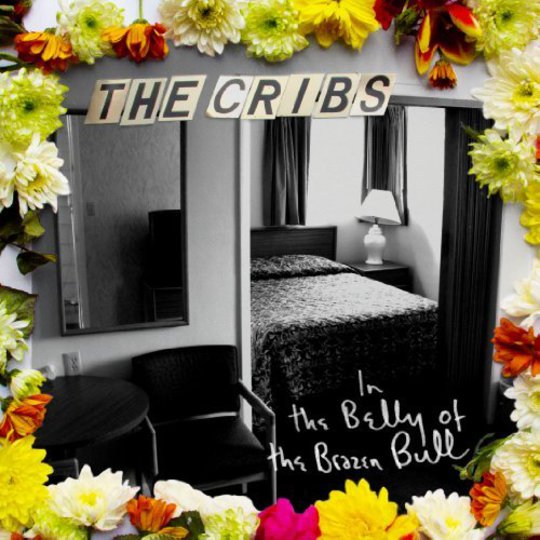 You probably know this but on the whole people either love or hate The Cribs. They’re a marmite band. They should be called The Polarisers, seeing as The Cribs is such a rubbish band name. Therefore, considering some of your views on what you would prefer the general reviewing styles and policy to be on DiS, here is a simple decision tree, which may mark the start of a revolutionary journalistic co-operative between reader and writer. Although it probably won’t: Now. Still with me? No? Whatever.

The Cribs have been getting prettier for a while now. The maturity in song writing and arrangement has made such jumps over the last three records that it seemed as though Johnny Marr had a large hand in [glove, sorry] that process. The Jarmans are keen to point out that this was already happening when he joined. There’s even a certain Tears For Fears element to the melodies on this album. (No, no. Don't baulk and… too late. But these songs did make me download this - try to ignore the ‘Labyrinth’ guitar in the intro). They've even managed to pull off their own Abbey Road medley at the end that includes at least one of the best songs they've ever written. It’s got strings and clever segue ways and was recorded at Abbey Road's studio two and everything! Yup. You read that right.

However, the release of ‘Chi Town’ as the lead-off track was something of red herring. Those who, not unreasonably, expected a return to the, ahem, grot'n'roll of the first two albums will only be partially satisfied. There is a lot of 'mature Crib'-ery here. As is only natural. They are not 18 anymore and fuck knows they've set about finding, utilising and discarding their heroes. Anyway, The Cribs have an almost faultless sense of when, and when not to, gild the lily. In the beginning they didn't really at all. Little by little, experiments with textures and effects; noise and feedback seeped in where appropriate. Slowly, they were a proper band. Not a cult who were perfectly happy to proudly put out records that only featured 14 notes of on-key singing, so committed to indie rock that they had to hide their gift for song-craft. Ignore the Ignorant was so moody and atmospheric for the most part that it gave the impression that they had grown into some kind of digital twilight period thirty years too early. And then – bang! - ‘Chi Town’. It's so raw and retarded and elemental and immediate. It's brilliant. It's harder to have such faith in how strong the core idea of a song is that you stand it up at the front of the class in it's socks and pants, rather than putting a valve amp fur coat on it and buying it jewellery.

If you want to know anything else about the songs that make up this record then please refer to the preceeding section. If you require more context then go back to the top.

Anee-way-hee-haay… Between the Abbey Road medley, the single ‘Go On, Be A No One’, and the pre-single alone, the best of what the current Cribs-era offers is encapsulated. Ryan’s thrust. Gary’s soft-detachment. A blend (admittedly, often an uneven one) of aggression and thoughtfulness, a unification (admittedly, often…) of bare-faced determination and wry melody.

They only fail in not gilding the lily. They hammer home how good they are with this embarrassment of riches. This is their best yet and possibly the best of the year.