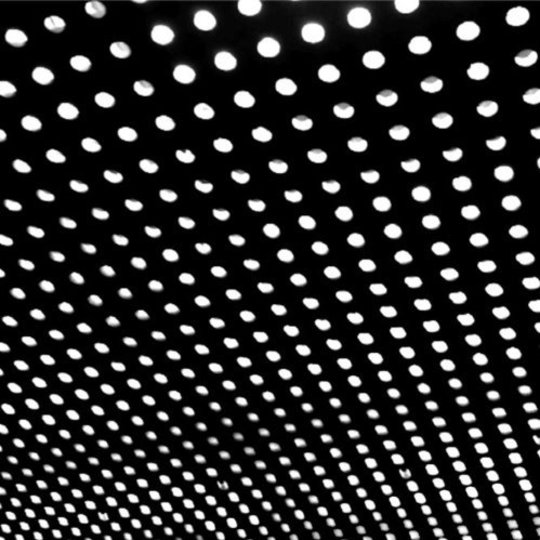 Although ultimately a sense of escapism could probably be attributed to the overwhelming majority of music ever recorded, in the twenty-first century the pursuit of a departure from greying realities has become pretty much the focal point of many artists’ creative process. Of course, in 2012 you can drill down further than ever into music’s sub-genres and tangents: variety is everywhere. But a combination of our accelerated listening habits amidst a greater global context of a planet going through turbulence across the spectrum means that, from the commercial charts to the tips of the blogosphere, it’s the pleasant and comfortable that prevail more strongly than ever. So many now need music as a way to switch off, zone out, and turn away.

If you take that as a backdrop, then it’s no surprise that Beach House have managed to thrive. The Baltimore duo have never been shy about their aim of wanting to convey a sense of contented otherworldliness, nor have they altered their approach in trying to attain this. Their strongest development over their eight years together has been Victoria Legrand’s emergence from sum part in their immersive aural tapestry to distinctive vocalist and front woman. It was this coming of age performance on 2010’s Teen Dream that played a large part in that album being recognised as their best to date, Legrand’s vocals – higher than previously in the mix - providing a recognisable and emotive counterpoint to their otherwise open-ended expanse.

That remains, and so does much else from that LP on fourth full-length Bloom. Most tracks build typically thus; meandering pre-programmed tempo, freshly crushed amorphous drones and a delicately twinkling melody atop. It sounds simple, but what separates the pair from the rest is the attention-to-detail they apply to each component. Take ‘The Hours,’ for instance, halfway through the album: its synth lines threaten to run off the page but are always pulled back and gently diverted elsewhere, its bleeding textures likewise being gently nudged this way and that - a complete sense of control. Each sound is given its own space too, giving the album the contrastive feel of being at once a blurred mirage and an extremely structured piece of work; ‘Myth,’ which has been around for ages now, sees piano and guitar as both apart and as one, ploughing their own furrow but heading in the same direction; ‘Lazuli’ feels similarly open between its elements.

Yet, and sorry to dwell on the point, this sort of description could ring true of any Beach House album; certainly the following accompanying Legrand quote from the press blurb could describe their other work too: 'Bloom is a journey. For me, it is about the irreplaceable power of imagination as it relates to the intense experience of living. A bloom is only temporary... a fleeting vision of life in all of its intensity and colour, beautiful even if only for a moment.' As far as the power of imagination goes, theirs worryingly seems to have reached its limits. There is no denying that Bloom is a lovely album, particularly towards its back end when they start really pushing home their Eighties dream-pop influences; ‘Wishes’ exudes a Cocteau Twins mystery, ‘On The Sea’ is the most stripped back on the album, a piano and vocal ballad that opens up into a cinematic ballad. Legrand still possesses a gloriously rich voice, capable of a sharp emotional pull, but even at points she feels like she’s coasting. Yet the lack of progression does jar.

For all their undoubted accomplishment, Beach House seem to have reached their limits as a two-piece, or worse still, have simply finishing running their creative gamut altogether. Maybe it’s enough though, now, to master one sound and stick with it – for many others it’s not an issue and they’ve made careers on it. Beach House though have always suggested a depth to their working, and it’s that which has set them apart from plethora of other acts groping about in similarly hazy hues. Whilst good still, with Bloom comes the first seeds of doubt that maybe there isn’t actually much below the surface – albeit it for many that’s probably the source of their allure.