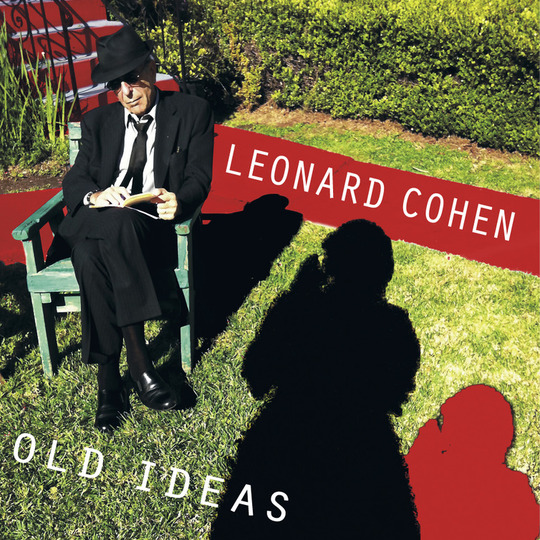 At the Isle of Wight festival in 1970, Leonard Cohen was woken from a nap in the early hours of the morning and told it was time to take the stage. Faced with a frenzied and potentially hostile crowd buzzing off the previous performance by one Jimi Hendrix, he calmly and persuasively placated his audience. While his stage banter occasionally verged on the incomprehensible, his songs were magical, hypnotic, and he struck the deepest of chords with the assembled festival-goers.

It is hard to reconcile the glassy-eyed, rambling young troubadour of old with the warm, gracious figure who picked up the Prince of Asturias Award for Literature in October of last year; indeed, the same who regularly brought the house down on his years-spanning, triumphant world tour of the late Noughties. If there is a constant it is surely the sense of gravity he exudes so effortlessly. When Leonard Cohen speaks, sings and recites people pay attention, even if the man himself is not entirely sure he has warranted it. In a rare recent interview, intrigued by a line about writing a “manual for living with defeat,” the Guardian’s Dorian Lynskey asked him whether listeners could learn about life from his songs. He replied:

Song operates on so many levels. It operates on the level you just spoke of where it addresses the heart in its ordeals and its defeats but it also is useful in getting the dishes done or cleaning the house. It’s also useful as a background to courting.

This is the Leonard Cohen we are getting on Old Ideas. As widely noted in the press reaction to the first three songs made available from the record, Cohen returns to familiar themes on his twelfth studio LP. At once sad and wise, inquisitive, eloquent, repentant – and 77 years on this Earth, no closer to unravelling the mysteries of the opposite sex – that his creative spark remains so undimmed as he reaches his twilight years is something worth celebrating.

‘Going Home’ is the opener, wherein Cohen addresses himself (“A lazy bastard living in a suit”) against sparse instrumentation and a lovely, redemptive string figure. Many of the trademarks of his latter-day work are present, including sweet female backing vocals (courtesy of longtime collaborator Sharon Robinson and the Webb Sisters), an inclination towards electric piano and a wry self-deprecation that both amuses and hints at the unease he feels towards his public persona. The very idea of ‘going home’, too, subtly addresses the notion of mortality – one that stalks these ten songs, never more explicitly than on ‘Darkness’: “I know my days are few … I thought the past would have lasted me, but the darkness got that too.”

But if mortality shades the bulk of Old Ideas, that is not to say it is an overly downcast or heavy work. ‘Darkness’ crackles with wit and is instrumentally the most upbeat thing on here, while in a song like ‘Show Me the Place’ his grave, gravelly, breathtakingly deep voice speaks volumes in regret and longing. But it is a beautiful, beautiful song – among the most beautiful he has ever sung, perhaps – and it impacts all the harder in the wake of a life devoted to the noble pursuit of art, the quandaries of spirituality and how to live, how to love. “Help me roll away the stone,” he pleads to his lover; “Show me the place / I can’t move this thing alone.”

Scribbling down notes on my first front-to-back listen of Old Ideas quickly became an exercise in keeping up; the man is so endlessly quotable I had soon filled four sides of A4 with lines from the album. Religious imagery abounds, and while songs such as ‘Amen’ are fragmentary enough to inspire multiple readings and interpretations, something like ‘Come Healing’ is more specific in its intentions. Cohen sings of “gates of mercy,” “a penitential hymn,” and the “solitude of loving,” drawing a distinction between heart and reason, finding both equally in need of restoration.

It is this kind of dichotomy that pervades Old Ideas, whether that be between his inner-self and the image his words and music has perpetuated, or the struggle to live decently in the face of hypocrisies and hardships that are themselves nothing new. “We find ourselves on different sides of a line nobody drew,” he remarks on the closing song, ‘Different Sides’. “You want to live where the suffering is / I want to get out of town.” On the very first song of the album Cohen speaks of a “a cry above the suffering,” and that word crops up repeatedly over these ten songs, often equated with love and all things ostensibly good. It is as if he is acknowledging the concept that his (and by extension, our) ‘suffering’ is something worthwhile, something that defines us and makes us who we are – something that, nevertheless, you still might want to run away from, and understandably so.

Maybe. That is part of the beauty of having another Leonard Cohen album to pore over. It is feasible that these songs are as much a mystery to him as they are to listeners, and many do come off vague at first, deeper listening yielding a gem of a lyric, a piece of wordplay hitherto unnoticed, or a sweet dialogue between trumpet, violin and Spanish guitar.

It is a strange twist of fate that has led him back to the public eye – the financial woes endured followed by a tour that exceeded all expectations. It is something he never could have foreseen, which makes it all the more remarkable that on Old Ideas he filters these gifts of poetry and keen observation through his bruised, romantic outlook, into a fully-formed album that sounds as if it was always in there, waiting to see the light of day. Or the darkness.