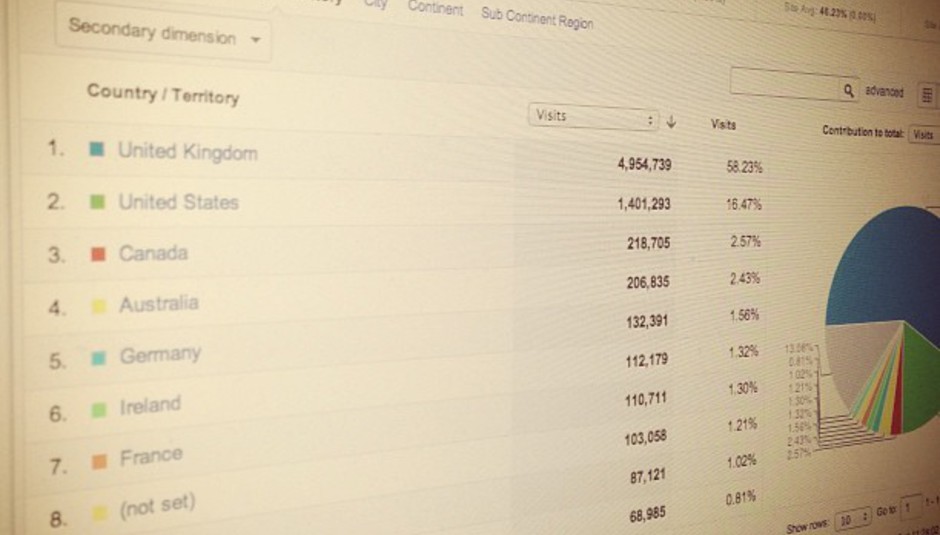 2012 has been and gone, and before we bury it with all that whizz-bangin' from 2013's keytars, we wanted to take stock of the year that was, and highlight the most popular bits and bobs that you were reading (or at least clicking on) for those of you who might have missed them.

Twenty-twelve was a big year for DiS. From Jan 1st through Dec 31st there were 32,786,312 pageviews on DiS, and our Google Analytics say that there were 8,508,628 visits to the site. There was an average of 490k unique users on the site each month, and every day the equivalent of a stadium crowd arrived on DiS to have a mooch around our reviews and discussions.

1) Has ATP Gone Into Administration?
2) Bloc 2012
3) Recommended Albums 2012 Edition
4) Primavera Sound 2012
5) ATP The National Announcement
6) 2012 Rolling Hip Hop Thread
7) Excellent Indie
8) Who The Fuck Are You?
9) Songs That You Genuinely Think Are Perfect
10) Interesting (Or Uninteresting) Stories Of What Mid Level Band Members Did For Work After Their Bands Split Up/Got Dropped/Fell Out Of Favour.