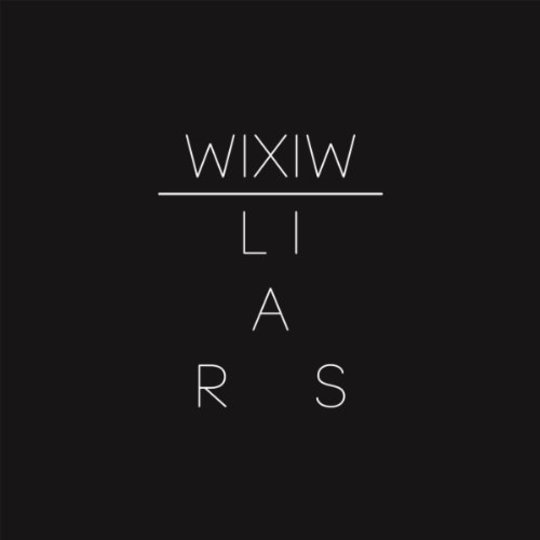 Liars are at their most powerful when experimenting. The proficient New York post-punk of their 2001 debut was followed by the less critically/commercially successful but artistically triumphant They Were Wrong, So We Drowned, an insane, no-wave concept album about witchcraft. Coinciding with Pottermania, it was a playfully disturbing, Rowling-baiting, broom-straddling brew of German folklore, persecution, black magic, equine envy and blood, blood, BLOOD, BLOOD. Then came their masterpiece: Drum’s Not Dead. A percussion-celebrating rhythmical tour de force with a concept about the battle between confidence and self-doubt; it sounded like no other album ever made.

After this creative peak, Liars reigned themselves in with a comparatively conventional self-titled record of standalone songs. Liars (2007) had some great individual moments but felt like the band were compromising or restricting their more daring creative impulses. Their last album, 2010’s Sisterworld was more ambitious conceptually, but in practice largely rehashed earlier formulas and peaked with its first song. The deluxe version of Sisterworld was accompanied by a remix album which wasn’t particularly good (a fate shared with all remix albums) but perhaps it did influence the intriguing path Liars would take next.

This is the band’s first electro record and thankfully sees Liars stretching themselves once more. It’s so electro in fact that, along with another concept about inner conflict, indecision, and self-doubt, they might have called it Synth’s Not Dead. They didn’t. Instead they opted for WIXIW, which is pronounced 'wish you' and sounds a bit like a sneeze. And what a beautiful sneeze it is.

It can be a risky business for a rock band to embark on a newfangled electronic direction. Primal Scream are at their most urgent, experimental and least derivative when dabbling in dance but when Nick Zinner emasculated himself of his guitar on Yeah Yeah Yeahs’ It’s Blitz it all went a bit too Blondie. Neil Young’s Devo/Kraftwerk-inspired Eighties period was greeted by his fans with boos and by his record label suing him for not sounding Neil Young enough.

But don’t worry, WIXIW sounds nothing like Blondie. And because this is Liars it doesn’t sound much like anything else either, although there are deferential echoes drawn from throughout the history of electronic music, from Gary Numan through Aphex ambience to contemporaries such as Oneohtrix and Actress. In this respect WIXIW manages to sound retro, contemporary, and futuristic all at the same time, and therefore enchantingly timeless.

Liars often close their records with a soft 'ballad' (of sorts). Here they also open with one, fitting the palindromic nature of the album’s title and “the idea of starting somewhere and then going through something and ending up at the same place that you started”. The sedated and dreamlike ‘The Exact Colour of Doubt’ eases the listener into the new sound like a less jarring version of Radiohead’s ‘Everything in its Right Place’. Singer Angus Andrew can’t have woken up sucking on a lemon however, because it sounds like he hasn’t woken up at all. “I’ll always be your friend / I’ll never let you down”, he purrs. Elsewhere we get dark, glitchy, slurring ambience (‘Octagon’), the mellow Krautrock of single ‘No.1 Against the Rush’, and a six-minute synth-epic title track detailing the distraught, conflicted feelings of heartbreak (“I wish you were here with me / I wish you would not come back to me”).

This is the first Liars record without any shouting, which means Angus is forced to up his vocal game in other respects. Whereas at times his voice has been cut, looped or distorted in various ways, at others it emerges clear in the mix with richness, strength and diversity, his slightly sinister tones counteracting the gorgeous keyboard washes. The old Liars are not completely buried however, and the band’s signature tribal rhythms and pagan chanting habits make a great deal of sense when employed on beat-orientated tracks such as ‘Flood to Flood’ and ‘Brats’. On the former, Angus acts like a deranged priest resurrecting the synthetic souls of dead androids. The latter is a warped slice of distorted discotheque noise.

Liars don’t do much straightforwardly, so on their electro record they also manage to sneak in acoustic guitars and birdsong field recordings which add an organic warmth. There are layers and layers of sounds with new noises (and lyrics) revealing themselves only after repeated listens. Liars are electro amateurs so the sounds are often unusual... and perhaps unrepeatable as the band can’t remember how they created all of them. The project is pulled off with an integrity and passion that never feels like bandwagon jumping (and I’m not sure what kind of pagan-robot bandwagon that might be anyway). It is a refreshing, sublime, and exciting work of art. WIXIW? Bless you, Liars. Bless you.