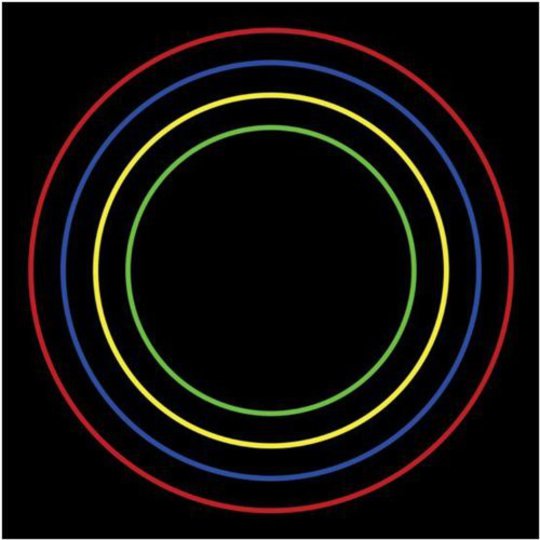 The Bloc Party story is that of post millennial British indie. They pitched up in 2004, when guitar bands actually sold records and even hapless also-rans like The Others could get an NME cover. Back then we needed Bloc Party - we were losing the Libertines in a fudgy fiasco of a babyshambolic breakdown and people were starting to take Razorlight seriously. Bleak times. But Kele and co were a new hope- sharp, focussed, and kitted out with angular guitars, unfathomably good pop hooks and all the Gang of Four albums.

In 'Banquet' and 'Helicopter' they had perfect indie-disco smashers and an astonishingly accomplished debut album in 2005's Silent Alarm. They were, basically, ace. But Bloc Party got restless. Electronica-heavy third album Intimacy was a mostly awkward statement that rock is dead, and with it died the scene Bloc Party'd helped to define. Frontman Kele Okereke went off to make the dance-pop album he was so clearly desperate to do, while rumours flew that Russell Lissack, Gordon Moakes and drummer Matt Tong were auditioning singers. Dominic from the Others learned the words to 'Two More Years,' just in case. We wondered how many people, if any, were even in Bloc Party these days.

The answer is four, and the new Bloc Party album, the one we never thought we'd get, is pretty heavy handed in reminding us. Four (see!) is clearly intentioned as a return to roots - the bleepy bloopy band that made Intimacy has buggered off- this is Bloc Party: rock band (Roc Party?) Producer Alex Newport brings shades of former charges Death Cab for Cutie, and especially The Mars Volta and At The Drive-In to the table, there's also a debt to Queens of the Stone Age, an occasional nod to post-hardcore and grunge and some epic balladeering. Sometimes it's like they've accidentally made a Biffy Clyro album, but for the most part it's good. Very good.

Opener 'So He Begins To Lie' is a reminder of what Bloc Party do best; all awkwardness and off-beats and stabby guitars that somehow hold together under Okereke's plaintive yelp. It's a joy to hear Lissack, genuinely one of the most inventive guitarists we have, let loose to make bonzo sounds again, while Newport's production is big, bold, and loud. As a statement of intent it's all there. Then comes '3 x 3' and you begin to notice something shifting - its opening reminiscent of the taught, wiry hardcore of At The Drive-In, with Okereke's voice now a harsh growl. The whole thing is an exercise in restraint and explosive release.

The centre of the record is really very good indeed. 'Kettling', a gigantic, shop-burning, thrash through last year's riots, culminates in a widdley-widdley solo that sounds astonishingly like peak-Smashing Pumpkins. 'Day Four' is one of those gorgeous, swooning textbook Bloc Party ballads, while 'Coliseum' opens laid-back and countryish, and then shouts 'Boo!' with a vicious cybermetal riff. It's brilliant.

Okereke wants us to know he's back on side. His lyrics are still a mix of the acutely lovelorn, the tender, the naive and the baffling, but hidden amongst them are constant reminders that he's given himself back to his band, to us. "My mind is open" he sings at one point, "and my body is yours". Later, on the wonderful 'Truth' we have "I am yours now, respectfully, truthfully". Not the words of Okereke, solo pop superstar, but Kele Bloc Party, welcomed back with open arms.

There's a few faults to pick at. We're hit over the head by how this is a real, raw rock record, made with guitar, bass and drums, with ne'er a drum machine or synth in site, complete with snatches of studio banter, amp buzz and drum clatter to make sure we get the point. It's all a bit self conscious. The album never really hits the highs of the past either - for all their problems both 2007's A Weekend In The City and 2008's Intimacy had career-best flourishes absent here. There's no instant classics, no 'The Prayer', and attempts to woo the indie-club dance floor, notably first single 'Octopus', fall a little flat. That said, Four is considerably more consistent, and consistently enjoyable at that, than either of its predecessors - not since Silent Alarm have Bloc Party sustained such vision, ideas and indeed quality over an entire record.

British indie music is in a weird place, there's no focused scene to speak of, guitar bands are niche once more and we need Bloc Party more than we ever have. It was a near thing - we could have lost them forever - but here they are, four boys making a racket and all is right with the world.