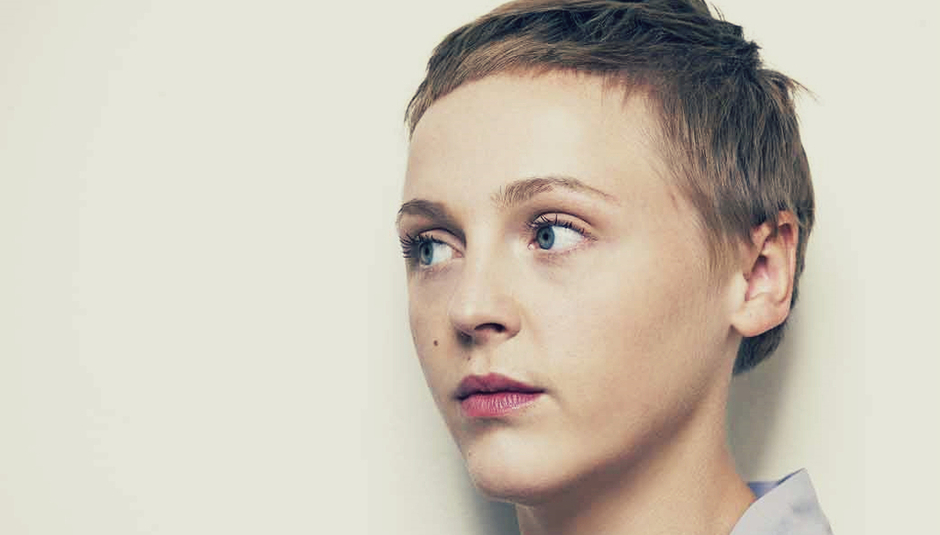 “I wrote a record that I didn’t release because it was boring. It wasn’t interesting because it was about my sudden awareness of how fucked up things were in the world,” Laura Marling says from her new east London home. She’s settled back in the capital after stepping off a plane from her adopted city of LA and realising she never wanted to leave.

She’s just released her fifth studio album. It’s getting rave reviews (including this 8/10 from DiS' Marc Burrows), like her ones before, and documents a time in her life when she found and lost friends and lovers, moved to the other side of the world and worked in a café. Normal stuff.

This was what she needed to write about – not about the world’s politics or her strength as a woman, even though both are a defining feature of her character. Instead, she binned months of work and set out on a path to write and record a new album, probably her most autobiographical to date.

“I don’t want to do a preachy record with a political voice. That’s not my persona,” she says, despite Short Movie sounding like she’s stepping into Patti Smith/PJ Harvey territory. “It was traumatic throwing away a whole album. I didn’t have anything else ready to go. Things were just happening to me and I couldn’t put my finger on what the central point was.”

But she found that point following months travelling around America and settling in LA. Instead of preaching about what life should be, Short Movie is a reflection of her time there. It’s about what her life was and could be – a mixture of fun and excitement, but also confusion, self-awareness and loneliness.

She says herself that “difficult is the right adjective” to describe both her LA life and her album.

“I loved living in LA, but there was an unnatural amount of falsity. It was fascinating and I focused on that emotional voyeurism. What I dealt with was a personal battle, but there was also a lot of peace."

“I felt I was going through a delayed puberty. I felt like I could behave like a teenager. I tried to get my shit together, but I realised LA was the worst place to do it. It was like falling in an elevator – I ended up more battered than I started.”

While travelling and meeting new people sounds like heaven for some, Marling describes her adventure as “harrowing”. Friends were finishing uni and starting jobs, but she was looking at her place in the world and “camping around, not doing anything important”. While pining for some sort of normality that a three-times Mercury-nominated Brit winning musician might struggle to find, she found herself surrounded by extreme characters also searching for ‘something’. With references to God, divine and the simplicity of being of child in her new album, it’s clear that they gave her a point for her writing.

“I’m always obsessed with human morality. I have had friends and lovers who have joined monasteries or discovered ‘something’. I had the realisation that it’s not wanting to be part of the world and I don’t think we should reject the world."

“I was really conflicted by that,” she says. These relationships and her own feelings are a bit of an oxymoron – not understanding them, but being fascinated and exhilarated by them.

“Three people that spring to mind I have nothing but admiration for. They’re exceptional human beings. You can come from anywhere and something happens that removes one layer from your eyeballs and you can’t see the world in the way you always did."

“It’s not about religion or anything. It’s about something making you happy. They experienced something I haven’t experienced. I found it interesting, like a painful tooth when you push it.”

Like some kind of musical masochist, she adds that “feeling like that and being pissed off was the best feeling”. She began to write new material.

This angsty freedom and a new awareness of the songs she had already written – an awareness that was a bit displacing – led Marling to write a new album that comes across as brutally honest and personal.

“For the first time, I started to think about how to construct an album. Once I was an Eagle sent me into a tailspin. It sounds cheesy, but I wrote it before I knew what I was talking about. I’m really proud of that album. In fact, I think it might be the album I’ll be most proud of forever."

“Listening to those songs while I was touring, I heard them in a new way and I became scared by how much I said without realising it. It made me look at them differently. The arm’s length was shortened."

“I truly hope the new album will be a confirmed time in my life that I will look back on at a distance. So many moments were so positive, but some were very hard. I think that about all of my albums though, apart from maybe the first one. A lot of people say it’s just my 20s.”

For years, people, reviewers, have banged on about Marling’s age – first album at 17 and now five critically-acclaimed releases under her belt at just 25. Short Movie marks a point where she became aware of her own age.

In a bit of a Benjamin Button way, she’s gone from an independent grown up to a travelling adolescent who wrote letters about her problems to her mum. Musically, there’s always been a staggering maturity and accomplishment in her music, but now there’s room for reflection, fun and just doing what the hell she wants.

Maybe Short Movie, as great as it is – and it really is an excellent record - is an album for Marling to put in a box and move on from. Even the title suggests it’s about a period that’s not real – a story about some other person at some other time.

“I’ve struggled making my music a priority, but it is really significant to me. I’ve only really just begun to find out what I find satisfying. Making more noise is one of them!"

“In 15 years time I’ll be 40. Wow. I hope I’m in a Fleetwood Mac type band. I love the idea that I’m getting older, but getting less serious. It’ll be more fantastical! I have a real desire to do something like prog."

Short Movie is out now. For live dates and more info visit lauramarling.com)

In Photos: Catfish and The Bottlemen ...