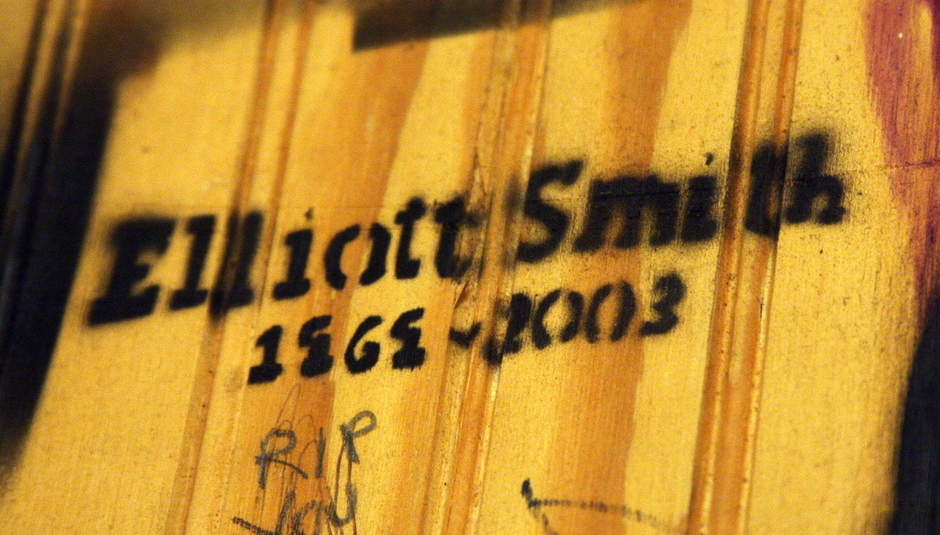 Where did this week go? And how on earth have we managed to get to number 66 in our Spotify series of weekly playlists wot act like a hyperlink-laden cover mount of what we've covered on the site this week? Time, it really doth fly. Anyway, Luke has taken this whole Nordic week thing a bit far and disappeared to Finland, so you're left with me making a playlist, insert your hatred in the comments section below or yuhknow, maybe just say something nice about something you think should have been on this playlist.

Click here to listen to this playlist on Spotify

Trent Reznor and Atticus Ross 'Hand Covers Bruise'
Getting this week's playlist off to a softly softly start is the sound of the opening scene of The Social Network. Even our incredibly hard to please social boarders seemed to like it (thread here). In case you missed it, here's our chat with Trent Reznor about the making of the soundtrack, why facebook sucks, the death of the music biz and othersuch stuff.

Darkstar 'Gold'
Alongside the likes of James Blake, Mount Kimbie and Joy Orbison, Darkstar (not to be confused with late 90s band Dark Star) are one of the most talked about bands on our boards this year (tagged threads here). This week Rory Gibb chatted to them for his third Subliminal Transmissions column, and we reviewed their dubstep-leaning debut album North, which was released this week and comes highly recommended.

Errors 'Mr. Milk'
This week saw us host a special Glasgow Day which you'll find compiled here. Errors are one of our favourite bands, and they're from Glasgow, and your humble Editor also played them on a special 2hour 6Mix for 6Music, which is available to hear via iPlayer until Sunday.

Ikonika 'We Could Be Ikons'
The beats keeps coming. This is a remix by Eero Johannes, which featured in our feature on Skwee, as part of our guide to 10 Years of... music from the Nordic region (you'll find all the Nordic stuff compiled here).

James Blake 'Don't You Think I Do'
Speaking of James Blake, as I did up there and you keep doing in this epic thread, here's a little reminder of why we're all talking about him as the tip for 2011.

Let's Buy Happiness 'Six Wolves'
Following an EP earlier this year, this is the debut single (featured in this week's singles column) from one of the most promising bands we've heard for a fair bit. They played our stage at In the City last week too, the review of which will be up on the site this afternoon.

The Phantom Band 'The None Of One'
Last week we gave their new album The Wants a great review, here. This week, we had a chat with them as part of our Glasgow Day, here.

Jimmy Eat World 'Coffee And Cigarettes'
JEW are back! ... oh but Invented only managed a 5/10. Ah well, you should go watch the film Coffee & Cigarettes tho, tis rather lovely, especially the bit where Tom Waits and Iggy Pop get all awkward with one another.

Paul Smith 'This Heat'
This week, him outta Maximo Park released a solo record. This week, we reviewed it.

Dam Mantle 'Purple Arrow' One of Billy Hamilton's 10 Glasgow Bands to keep an eye on.

Amiina 'Doctor Finkelstein/In The Forest' We started with a track from a soundtrack, so it seems circular to end with one too. This is from Nightmare Before Xmas by those ladies you may have seen supporting Sigur Ros. They shared one of their favourite Nordic bands as part of Nordic week.

And that's yer lot. Bash your mouse here, to hear the above playlist.

Order And Chaos: Norway In Noise And ...