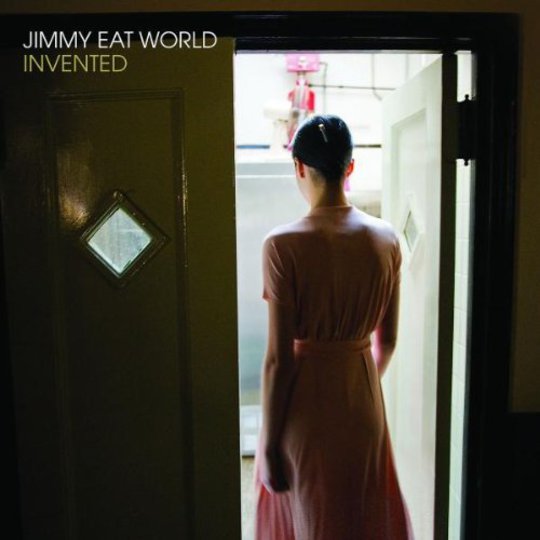 You’ll struggle to find any friend or foe of Jimmy Eat World who ever thought their appeal came from big, dumb choruses and sappy ballads. People didn’t connect with Bleed American because of a song like 'The Middle', even if that was what sparked their interest in the album in the first place. They kept listening for the same reason that any teenager listens to a rock album – because it spoke with a voice that resonated with their own frustration, sadness and angst, but still somehow filled them with hope.

Now though, Jimmy Eat World have grown up and so have we. As a result, they are now writing on Invented, what would be considered, on paper, to be better crafted, more professionally composed songs. The problem is that they haven’t copied Idlewild’s trick of being just as dissatisfied and disappointed but expressing it with more adult restraint. Instead they’ve gone and done a Foo Fighters and have found that now that they’ve got a fan-base who’ll by anything with their name on it, writing albums has become very easy. But it shouldn’t be.

Take recent single ‘My Best Theory’. It kicks in with a dancy, poppy guitar riff, which lets the bass and the drums take the lead for the verse before kicking in properly for the chorus. It’s a neat riff, a tight rhythm, the parts of the song seem to fit into place, but it’s superficial. The vocals are lavishly double-tracked, the guitars have been savagely processed – with a few tweaks to the instrumentation, this could be chart-topping techno.

The lighter side of Jimmy Eat World is warped out of recognition on ‘Stop’ which, in a word, is boring. The melodies in the verse get stuck on the same few notes, building up to a chorus that drags its way through distant chord changes into a tedious guitar solo. The song that follows, ‘Littlething’, is equally bland, though is saved slightly by the strings and melodic percussion that come together for an intricate and interesting final passage.

Songs like ‘Coffee And Cigarettes’ are easier to take in light of past Jimmy Eat World glories. Here, the production on the guitars is much freer, with verses that dive enthusiastically into vocal duets, sweet melodies and lush, crunchy open chords. The chorus could perhaps be catchier - as it is feels more like a bridge - but it’s actually nice to see the band showing some much needed restraint to steer themselves away from the frustratingly conventional.

Other highlights come later on ‘Invented’ itself, with trundling guitars and breathy vocals that lead into a gutsy, punchy coda that gives the album a bit of a kick up the arse. Closing track ‘Mixtape’ is an equally effective, mesmerising arrangement that relies bravely on intermittent piano clunks, brief cracks of percussion and relentless twinkling arpeggios. It is thick with ambience, seeming to hold back a lot more and maintaining an emotional mystery that is sorely lacking on most of Invented.

Even after listening to it several times, it’s hard to know what the intention was with Invented. After all, other than a few sparkles of sincere tenderness and the odd blast of eloquent tension, this is a record that most Jimmy Eat World fans will struggle to recognise as the band they fell in love with. And if Jimmy Eat World are in fact trying to reach out to a broader audience, the uninitiated are unlikely to find an anthemic pop song or a moving ballad to cling on to.

The risk when reviewing an album by a band like Jimmy Eat World at this stage in their career is that it can be hard not to sound as though you’re trying to hold onto some kind of smug nostalgia. The reality is that it’s more complicated than simply saying 'I preferred their early stuff', because all bands have to change. The fact is though, it’s impossible to forget that Jimmy Eat World can, and have, done so much better.

He Who Saw The Deep