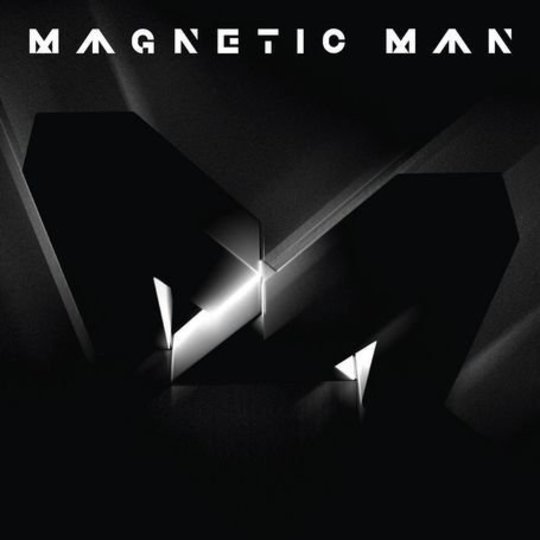 This shift was always going to happen wasn’t it? After all, year after year, decade after decade, underground genre after underground genre ends up becoming controlled and filtered out to the masses. The Prodigy’s mainstream emergence with Music for The Jilted Generation is case-in-point – having ploughed through a selection of 12-inches and underground material, they continued playing off their love of jungle and techno, but managed to find a wider audience without compromising their musical heritage or integrity.

Dubstep is the next strand of the dance music whip that is being extrapolated and pushed into a more accessible lens, yet to the untrained ear, filtering it would seem to be a difficult task considering its elongated underground presence. But Magnetic Man comprise of three of south London’s dubstep dons - Skream, Benga and Artwork. And it seems that the trio as a collective force may become this scene's pioneers, as opposed to being pushed for their individual talents. They have been at the commercial forefront of the dubstep scene for a while now, but with major label backing and a string of recognisable names backing up this brand new venture, failure does not seem an option and their mutated musical alias seems primed to bring a somewhat foreseen new life to the genre.

But it is a struggling start for the star names on board, as Ms. Dynamite turns in a strained first effort following an overly long introductory noise binge. The trio do find a balance with their other vocalised efforts, however – their intention, of course, being to make this whole dubstep thing ‘pop’. The two lead singles ‘I Need Air’ and ‘Perfect Stranger’ were prime first cuts, opening with trancey synth lines before breaking into something a whole lot more in their creators' usual bracket. Whether stomping electronic percussion and resonant bass melodies on the former or Prodigy tempo breaks on the latter, there’s an organic build to the tracks. Having addictive hooks sung by Angela Hunte (she who had hand in the writing the quite brilliant 'Empire State of Mind') and starlet-du-jour Katy B seems to be a very workable and exciting template. Wider ambition still resides and is somewhat fulfilled within other collaborations – the John Legend featuring ‘Getting Nowhere’ brings in a heartfelt, introspective side to an otherwise straightforward aural assault, and it seems that strings to the bow are being fruitfully developed, not just to Magnetic Man but to the genre as a whole.

But with those vocal-based tracks scattered, the onus on the instrumental side of things to take a precedent – which, considering the underground nature of that which they are so willingly pushing into the overground, becomes an awkward task. Their collective heritage is still plain for all to see in tracks like ‘The Bug’, which rides on an adrenalin-filled, pulsating monotony that is synonymous with the sounds they can each individually create. ‘Karma Crazy’ may be a little ‘by numbers’, but it could very easily fit into any of the three’s lauded canons.

It’s in the album's more direct moments where things feel watered down and, ultimately, disappointing. That strength in monotony littered with sonic intricacy isn’t anywhere to be found in the likes of ‘Anthemic’ or ‘Crossover’, instead replaced with pastiches of early Nineties hedonism so important to this ‘new’ brand of music. While Magnetic Man should work as a sort of A Dummy’s Guide to Accessible Dubstep – the overall intention for this whole project, it seems – the balance isn’t quite there. 'Anthemic' plays off a jarring two note synth stab enveloped by a repetitive, anticlimactic melody, whilst 'Crossover' - blatant name there - brings the innocent vocal far too far forward in the mix and feels distinctly fillery.

So, here, we have The Thing with Magnetic Man: the template for a lot of what they are pushing is stale. Sure, the intention with Magnetic Man has always been honest, in that the three want to become bigger than the scene they're a part of. But with such a wealth of talent at the forefront of this project, a lot of the album passes by far too easily.

But Magnetic Man are still finding their feet with this whole accessibility business. This album is a good introductory statement to a new world for the novice, and in that sense it's a solid first step and pretty much a success.

Frankie Rose and The Outs

Frankie Rose and the Outs