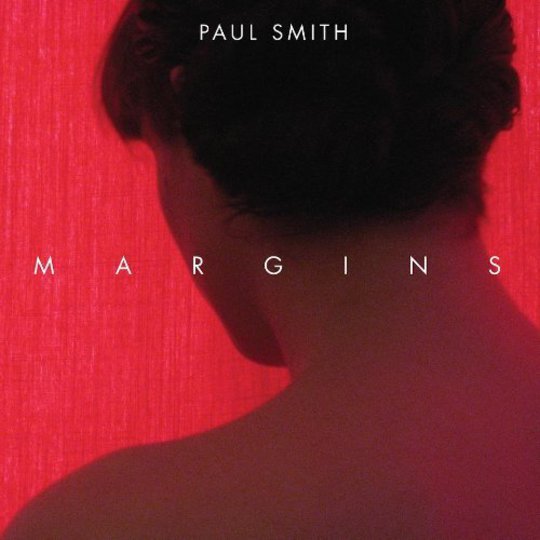 Close your eyes for a moment and it is oh-so easy to imagine Paul Smith as that misty-eyed dreamer perched at the back of your Sixth Form class. Already in thrall to the twin pursuits of romance and disappointment, you picture him staring longingly out of the window at some distant object of his affection, pen scratching rhythmically against the back of his heart-adorned exercise book. Fast forward through the months and years into adulthood, he remains the same wistful idealist. He still falls in love at the drop of a bookmark; his scotch-taped heart still splits at a cruel word. He is, in essence, a perennial romantic.

However, whilst keeping such a degree of childlike wonder is hair-rufflingly sweet, it is necessary for certain things to bloom in time. And throughout Smith’s debut solo record, the nagging concern is that his ostentatious lyrics still haven’t significantly developed beyond the covers of that exercise book. And as any of us who ever scribbled poems as a teenager only to discover them in later life are painfully aware, this isn’t a good thing. Within the comfortable confines of Maxïmo Park, these lines of bewilderment are veiled and blanketed by enough energy and adrenaline to render them passable and vaguely endearing. Margins on the other hand, is Smith attempting to strike out as an alternative, experimental songwriter with an intense, literal scope to his work. And though the quality of the music is certainly worthy of interest, the skeletal and hushed timbres only serve to place uncomfortable focus upon a set of lyrics that are at best pleasantly shambolic and at worst irritatingly pretentious.

The entirety of the record is studded with lyrical combinations that seek to overlap in a stream-of-consciousness tapestry but simply end up feeling unhappy, cramped and awkward: weary commuters clustered on an overheating train. By far the worst (but certainly not the only) offender is ‘The Heat’ which consists of obtuse, cut-and-paste pronunciations from a scrapbook that appear to have precious little purpose or coherence. Crude examples are strewn about the album; at times it borders on the comical (“I couldn’t rest/so instead I made a mess” from ‘The Crush and the Shatter’) and at other times causes you to insert your fist into your mouth so hard and fast, it pretty much fractures teeth (“In a bed and breakfast in Brighton/I can’t consent to kissing with the lights on”). If it was limited to the occasional aside, you could happily wave it through as post-modern irony. But after encountering the same forced and unhappy marriages over and over again, it becomes distinctly unpalatable. Throughout it all, he never sounds entirely comfortable singing the lines. It is almost as if he knows he’s not quite up to the chalk mark he sets for himself.

That’s not to say he can’t occasionally crystallise the elements in to some sort of eerily pretty seam. ‘While You’re In The Bath’ is touching, a delicate web of finger-picking woven into a patchwork of heartbreak under the sorrowful gaze of moistened eyes. And ‘I Wonder If’ sees his strangely fearful and for once effective lyrics covered with the creeping ivy of unsettled guitar. Indeed, the music is both intelligently performed and produced with just the right combination of dirt and polish to bring out the authenticity, reverb echoing spookily through each vaults and corridor. The same can be said of the morass of intertwined guitar lines that criss-cross each song, adding a disconcerting texture and tease behind his consistently striking and tender vocals; moving to occupy a landscape somewhere between Leonard Cohen and Jarvis Cocker Again though, beyond the quality found within the sonic palate, the structure and adventure of the songs can be bafflingly benign. Too often, you find yourself sitting through two or three tracks simply waiting for something to spark into flame. Overall, the album is infuriatingly one-paced and fails to grasp your attention with enough conviction to genuinely emphasise with Smith’s demons and desires.

It is laudable for Smith to try and eschew the eccentric frontman label in favour of something more cerebral. But in attempting to reach for the moon, he ends up merely stalled and snagged, dangling awkwardly from an unwieldy scaffold of clumsy platitude and hollow couplets.