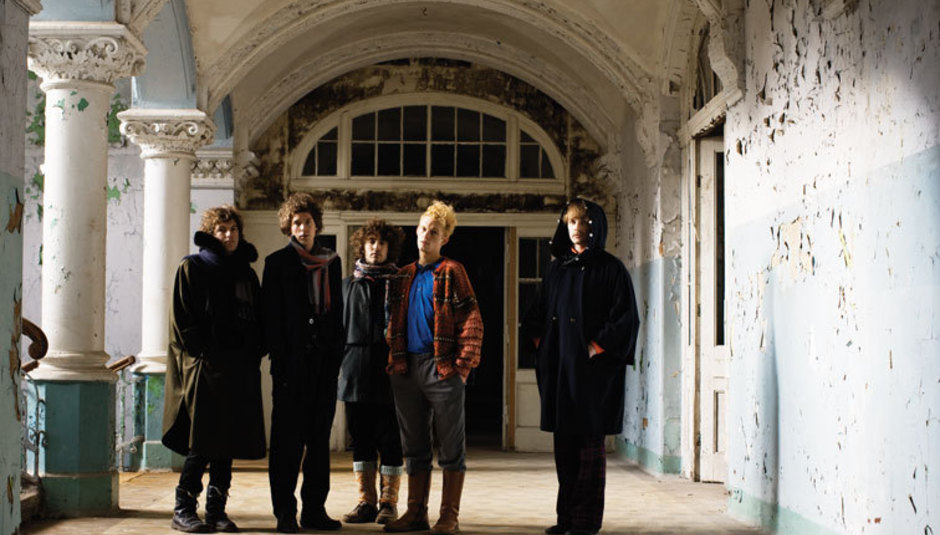 Rather than just us choosing our favourite Nordic records of the last ten years and compiling them into some boring and dry list, we thought we'd ask the natives to do the talking (or writing, but that doesn't fit so nicely into a pun...). It's going along with the theme of our Favourite 50 series and hopefully doing it this way will provide a more enlightening and insightful experience than otherwise might have been. Anyway, here's Part III featuring contributions from Amiina, Oh No Ono and Ólafur Arnalds. The aim is that you will investigate something you've never heard of before and, what's more, it'll be good! Chosen by Nis Svoldgaard of Oh No Ono

Well this is a hard job! There’s a lot of great Danish records to choose from and selcting only one seems almost unfair. I’ve chosen to write about an album which bears no sentimental value to me. I figure that since it isn’t an oldtime favourite of mine, it might have some sort of objective quality that’s maybe unbiased. Maybe.

Shout Wellington Air Force are our label mates from the fabulously cool Morningside Records. So maybe all of my proclaimed objectivity goes out the window right here and right now. It’s even been mixed by our very own Aske Zidore, so you might say I had a pretty close relationship to this record straight from the start. Nevermind. It’s a great record. Tell you why.

My first encounter with this record was hanging out in the tour van. Aske began mixing it on the road, and I just kept hearing very small snippets and loops of music. It all sounded very neat and nice, but it wasn’t really anything I thought about specifically until much later.

Being around the music for so long without really listening to it intrigued me though. I bought the album and said to myself; this is something I definitely need to check out. At this point the record had come out to huge critical acclaim and everyone I talked to seemed to be really into it. Still the record somehow managed to slip out of my mind. This isn’t one of those records that jump at you immediately. It takes a lot of time to get to the bottom of it but once you get there it’s bliss.

My revelation came on a rooftop in Stavanger, Norway. We had played a festival there and afterwards we decided to go to the roof of the hotel to drink beer and listen to music. “Clean Sunset” came on and Bastians (the lead singer) voice cried “On the kitchen floor you imagine the sound of the planets, cracking clicking cricking gone, at one o’clock your on the phone with your mom, I’m in the vestibule crying”. Somehow this seemed to resonate perfectly with how I felt at that particular moment. It was one of those moments where a song sheds a light over your situation, your life. Puts everything into perspective and you feel like your not alone.

After this incident I obviously had to sit down and listen to the record back to back and the records been one of my favourites ever since. It’s such an emotionally strong piece of art. It’s vibrant, diverse and generally very exquisitely done. My strongest recommendations. OK so this may not be the absolute best Icelandic album of the decade, but I promised myself I wouldn't write about Sigur Rós, Múm or Björk - who already have more than enough talk about them on the internet - and this album is actually pretty dear to my heart. I'll admit I'm a little bit biased here - I arranged and produced the strings on this album and have watched the songs grow from ideas to full blown, amazingly produced, weirdly characteristic electro-pop songs. These also happen to be some of my best friends… But that doesn't change the fact this is a great album!

A lot of the album is very dark, even sad - but still danceable, while other tracks are just party. The darker part of the album remains my favourite. The production is really innovative and at times just plain weird. Like, who else is mixing stabbing vintage synths and pitched down vocals with melancholic strings? I don't know, but more people should! This is pop music with an edge. It also includes one of the best Icelandic pop songs ever: 'My Arms'.

Chosen by Maggie from Amiina When this solo-project of Sindri Már Sigfússon came out in 2008, I bought it instantly, mainly due the fact that I really enjoy everything that he has written with his other band, Seabear. This album has a great deal of meaning for me because the album is just absolutely brilliant! Every song has it´s own character and sound...brilliant music by a brilliant musician!

Read more from our Nordic Series here, including some more Nordic Talking!