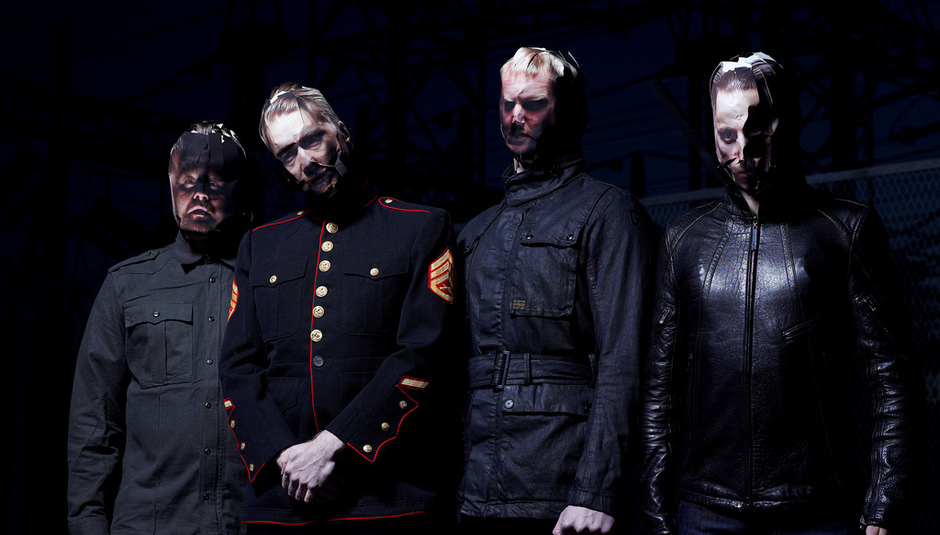 This list has been designed to upset you. It’s not a best of Norwegian metal. It doesn’t offer a comprehensive guide to any Norwegian genre of music. When I say noise, I don’t mean noise like most people do. And sometimes when I say metal, I don’t actually mean metal. The dislocating jump from genre to genre is probably, at best, dilettantish and confusing. There are obvious omissions and curious inclusions. I’m not concerned, or even that interested, with pop psychology of the Norwegian character or going on about forests and fjords and isolation and long nights and older gods and all that shit.

I’ve only been to Norway five times, so I’m hardly an expert. I don’t even like a lot of ‘pure’ black metal. I believe in actual Darwinism not social Darwinism, so see only weakness in purity and strength and longevity and strength through miscegenation and ‘dilution’. I’d sooner flag up some bunch of Johnny Come Lately hipsters in Oslo, doing something new, than some bunch of unpleasant berks living in a cave near Bodø churning out sub-Emperor shit.

That said, when BM’s good it’s unlike anything else and its attraction to hipsters is based on more than a love of the corpse paint and disturbing back stories alone. Some of the people on my list are undoubtedly unpleasant fuckers. I’m presuming that people understand the concept of art/artist separation before they read this. If they don’t understand that concept that unpleasant people sometimes make very good art then I suggest they stop reading now and go back to their Los Campesinos! cassettes. Norway, for me, is a country with a strong, liberal arts tradition that consistently throws up great extreme popular music in the same ratio that it throws up grand commercial pop; where the avant and the pop and the rock and the dance collide in the most unlikely of places. (SunnO)))’s live album Dømkirke’ was recorded in Bergen Cathedral. Props to the Choirmaster who arranged the concert, given the band’s line up included Attila Csihar from Mayhem, a band who are more associated with burning churches in the popular consciousness. Bergen Cathedral is just a short drive away from the rebuilt Fantoft stave church that Varg Vikernes torched some years earlier.)

I’ve basically chosen ten bands from Norway that have done interesting shit in the last ten years, that I’ve listened to a lot over the last year. So if you’re a Mortiis or Gorgoroth fan, why not have a little cry and then leave some unpleasant misanthropic shit in the comments section handily provided at the end of this feature. (For the record, I really like Darkthrone but people pretending that Circle The Wagons is good album need to have a word with themselves while listening to Panzerfaust on repeat.) And if you’re a Burzum fan... LOL, you silly doggy.

Jørgen Munkeby fronting jazz/death metal/industrial four-piece Shining is something to behold. He reminds me of Vincent Gallo in Buffalo 66. (He isn’t a prick, by the way, quite the opposite, but his intensity and sensitivity are reminiscent of this film. These characteristics are clear both when he talks and when he plays sax/guitar.) Continuing the film theme, he also reminds me of Bill Pullman’s character in David Lynch’s Lost Highway, a free jazz saxophonist whose personality is crumbling into atonal chaos, like one of his solos.

Munkeby learned his trade as a teenager with jazz outfit Jaga Jazzist but split ten years ago to form Shining (not to be confused with the Swedish goth metallers of the same name) who have gone gradually more and more metal with each new release. Their latest album Blackjazz is not without precedent, rather it’s just very good at updating an old template and twisting it outwards into new shapes. Elements of their sound can be traced back to Bill Laswell, Fred Frith and Fred Maher's bleak avant metal project Massacre, to Birmingham industrial grind overlords Godflesh, to Canadian jazz punkers NOMEANSNO circa Why Do They Call Me Mr Happy? and to the New York avant grindcore of John Zorn's Naked City. And then even further back to King Crimson (their cover of '21st Century Schizoid Man', is one of several album highlights) and Frank Zappa. Jazz and metal. Jazz metal. I know, I know. It sounds horrible doesn’t it but if you’re not listening to this and you’re not listening to Zu, then I don’t know what the fuck you are doing.

If I wasn’t such a coward I would have just posted a SoundCloud of Årabrot’s recent 20 minute long track ‘I Rove’ as proof alone of their genius. One chord for the first ten minutes, simmering with intensity. Feedback marshaled to mimic the creaking boards of an ocean-bound trip that’s gone wrong in a Coleridge manner. Kjetil Nernes parched and necrotic howl and sense of palpable horror is the only thing that connects this to the BM scene of Oslo.

He kind of sounds a bit like Zed from Police Academy but he also kind of sounds like the best punk singer ever when he sings: “A cocktail of colours/ Hallucinated/ Through a tiny pupil/ I Rove/I Rove/ And I Rove And I Rove And I Rove.” This one note eulogy to seafaring madness take us through the choppy waters of The Birthday Party, The Jesus Lizard, Big Black, Noxagt, The God Machine and UFOmamut. It ends, like Breaking The Waves, with giant cracked bronze bells, tolling in the sky above an implacably violent sea.

They’re not racists by the way: Årabrot is the name of the local rubbish dump outside of Haugesund where the band grew up. If you’ve ever found yourself reading Michael Azzerrad’s fine tome Our Band Could Be Your Life and found yourself wondering why don’t we have bands like this anymore? I swear to god...they’re here for you.

You know when you sit there going, ‘Man, I wish Rapeman would come back, but this time with no vocals and an electronic viola instead of guitar.’ Well, just get yourself a copy of Iron Point by Noxagt. There’s no need to thank me. It’s what I’m here for and it’s my pleasure. (Check out the track 'Kling No Klokka', it features a band member’s grandfather singing an old Norwegian folk song about how all the clocks will stop on the last day on Earth.)

Noxagt - 'Blast From The Past' taken from Iron Point

It is pretty easy to forget that Mayhem are a good band as well as being famous for living up to their name. A long time after the nihilist shot himself and the fascist was jailed for murdering the communist, the arty one, Hungarian throat singer Atilla Csihar created a feedback loop by applying stuff he’d been doing with SunnO))) back on his day job with Mayhem, the result was unsettling but beautiful Ordo Ad Chao. Gothic, avant garde, doom ridden, ambient but ultimately uplifting.

Time spent in chokey serves some better than others. Gaahl from Gorgoroth seems to have had chance to reflect during his second jail sentence. (He served nine months of a fourteen sentence for the kidnap and torture of a man.) While the hate-filled Gaahl who sips wine in a cellar in Metal: A Headbanger’s Journey and who torments a pair of American hipsters to breaking point on VBS’s brilliant True Norwegian Black Metal doc, is undoubtedly hilarious and fascinating, the rehabilitated man who has come out as gay and has ambitions as a women’s fashion designer and whose explorations into Norse Shamanism have gone further than just surface affectation embodies the true spirit of Kvlt Black Metal. The orthodox codifiers and entropy bound scenesters can only dream of being as truly transgressive as Gaahl. Besides, the only thing you could possibly find offensive about his new lifestyle is the fact that Gaahl has taken an emo for a boyfriend and not a long hair. Wardruna is a glorious and melodramatic reimagining of ancient Norse folk traditions, played on cow gut strung lyres and several mighty goat horns. Live they are something to behold indeed, and a lucky few got to see them play in Oslo’s Viking Long Ship Museum.

Go and watch Altaar live. They will rend you to chum. The way they describe themselves on MySpace tells you everything you need to know. “Influences: Bathory, Slowdive, Corrupted, Philip Glass, Iannis Zenakis, Sonic Youth, Macabre (pre-Pentagram!!), Nihilist, Siouxsie & the Banshees, Katharsis, Lurker Of Chalice, Jan Johansson and a whole lot more.Sounds Like: The Piper At The Gates Of Dawn played backwards at half speed.” And that pretty much is how good they are.

Altaar - 'Upon The Black Earth'

Loosely part of the Norge ‘Necromantic’ scene, Okkultokrati have more in common with crust punk, hardcore and death metal groups than supposed genre-mates Årabrot by margins. Eviscerating fare for fans of Purified by Blood and Black Breath but who also do not fear the leather trouser and the moose skin jerkin.

Okkultokrati - 'On Mouth of Hells'

Actually, Thorr’s Hammer released their only album Dommedagsnatt in 1996 on cassette. And they’re an American band. But given that I was shamefully unaware of them until the vinyl reissue on Southern Lord in 2004 and vocalist Runhild Gammelsæter was a Norwegian exchange student, and they could have been called Norge: The Tribute Band, I think we can have them. The 17-year-old vocalist achieved such vocal contortions and contusions that many have trouble equating the beatific elfin figure and the wretched guttural howls that emerge from her. Featuring a pre-SunnO))) Stephen O’Malley and Greg Anderson, this is esoteric and brass balls heavy doom metal in excelsis.

What? You don’t like Party Animals? Are you deaf? Wipe it til it bleeds, dude.

Turbonegro - 'All My Friends Are Dead'

The former Emperor front guy shows that there is still ground to be marked out within the fearsomely tight constraints of Nordic BM. Dazzling displays of symphonic riffing, ridiculously on point drums; this is the peacock, virtuoso spirit of ‘true’ metal, most of the time being as much power metal as it is BM. As such, it’s not likely to appeal so much to people into the more crossover end of metal such as Mastodon or Kylesa. That said, expect to hear them on the soundtrack of a new Harmony Korine film about a black gay epileptic in a wheelchair who has sex with a goat coming to the Dalston Rio soon.

John Doran is the Editor of The Quietus. He says if you only buy two metal albums this year make them High On Fire’s Snakes For The Divine and Cathedral’s Guessing Game.