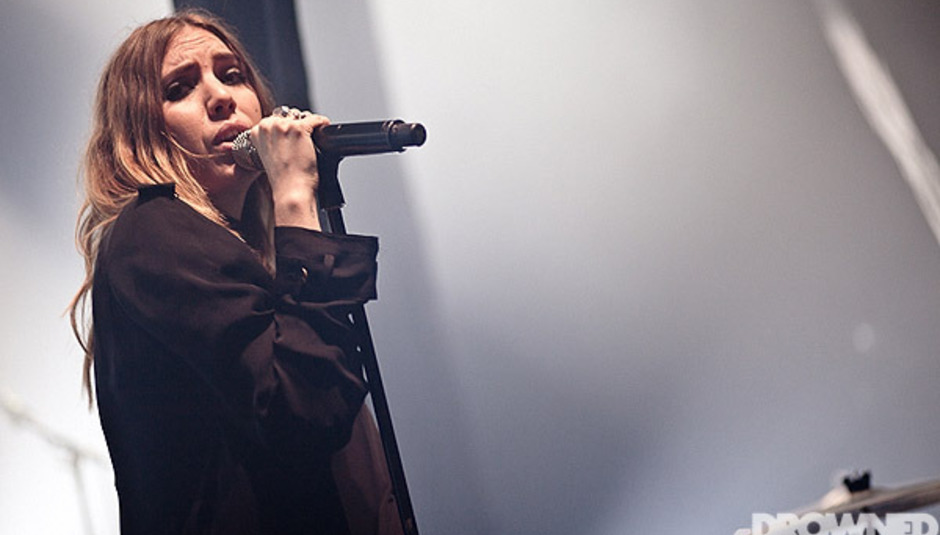 A week of DiS, as a playlist...you should probably have the gist of what this weekly digest is by now. So I shan't bore you with an explanation, simply bash your mouse here to open the playlist in Spotify and amongst the blathering below you'll find links to the best bits of this week...

He's still everywhere... like, H&M on Regents St was blasting the record last time I was in there. And with year-end-listageddon underway, his name is cropping up a lot, so it's little surprise he's been confirmed for Primavera 2012.

Not quite as hyper-hyped but his Manc' has got a single out this week, as reviewed by our Wendy in her weekly column about seven inches, love, loss, tea, cycling and life in general.

If DiS was a pub, they'd be our house band and we'd lock them in the cellar at night and only let leave out when they've finished their album. They're predictably one of our must-see acts at Trans Musicales.

If FF are our house band locked in our cellar, Blondes would be tied up in the attic beside our stuffed Wild Beasts and most fucked Fuck Buttons. However, with confirmation that their album is due in February, we'll let them out to play.

Easily the finest 'ambient' (for wont of a better word) album of the year. So graceful and gut-wrenching and generally really fuckin' good. Don't believe me? Look how many of our readers have already voted it one of the albums of year in the annual DiS Readers poll!

Can 'Bring Me Coffee or Tea'

Whilst not perfect, Believers received much praise from DiS' Al Horner in this 8/10 review, in which he named 'The Twist' one of the highlights.

Lykke Li 'Love Out Of Lust'

After all the fuss about her drizzly-dance debut album and her featuring on some huge ad campaigns for jeans, you'd think the return of Lykke Li woulda been not unlike the second coming. 'Difficult' second album syndrome, mixed with "we've got new toys to play with" idiocy has seemingly seen Wounded Rhymes oddly overlooked. But as anyone whose seen her live lately will attest, this lady has done some serious growing and the record rewards more and more with every listen. The folks at the Nordic Music Prize know wots-wut and have nominated Wounded Rhymes as one of their contenders for Nordic album of the year, and she's in great company...

DiS reviews editor Andrzej Lukowski is a big REM fan, yet he didn't award their parting shot 10/10. Why?.

Did you see their absolutely amazing guide to their gear? Like, proper nerdy but actually really enlightening. Go have a squizz if you missed it.

This lot toured with Mount Kimbie in their homeland of Australia earlier this year. Then they came over to the UK to play the DiS stage at Great Escape, supporting Luke Abbott. We rather like them, and with the record finally out in the UK, Jazz gave it a listen and wrote this 7/10 review.

His record may have received 10/10 from one of our writers but will it be DiS' album of the year? We really couldn't say but if there was a prize for beard of the year, these photos from last week's show at the Barbican certainly seem as if we've found our winner...

Listen to this week on DiS as a playlist HERE and you'll find all our previous playlists compiled here. Speaking of which, what did everyone make of the new Spotify apps stuff? We thought about making one but didn't have the same resources to build something in time for the launch...especially as we're busy rebuilding the site for a 2012 relaunch...