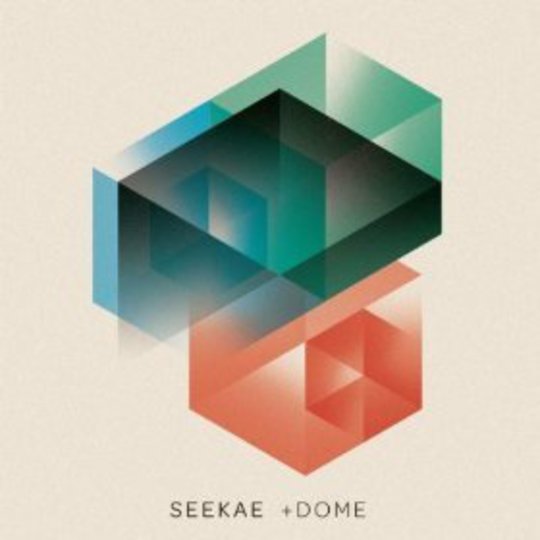 If we’re being fussy, I suppose it’s slightly daft gathering any and all instrumental fare with a propulsive beat, blip and shuffle to it under the umbrella of ‘dance music’ - that implies its ultimate purpose is invariably to get feet moving - but what’s much, much bleaker is the weirdly widely-accepted ‘IDM’. That’s ‘Intelligent Dance Music’, if you’d not figured, obviously being a defective person who (obviously while skiving off important maths lessons) listens to ‘PDM’, aka ‘Prole Dance Music’, and is obviously therefore a philistine. So while ‘dance music’ is often something of a misnomer, it’s also true that one will evidently be less of a bell-end for sticking strictly to it, while slapping back one’s beard-stroke hand when reaching for a vaguely passive-aggressive indicator of one’s notionally superior taste.

The point of all of which is that Australia’s Seekae make something you’re loathe to call ‘Intelligent Dance Music’ in these enlightened times. Although admittedly it borrows beats, blips and textures from a broad palette of traditional dance, hip-hop, R’n’B and occasionally post-rock (if only for the coarsing scope of the thing), to explore a starlit and foreign terrain. But that’s by-the-by, because what’s more important than intellectual cock-waving, decent GCSEs and an intimate appreciation of Scott Walker’s post-1984 output is whether it’s interesting with it (it is), sexy with it (it is) and generally pleasant company (it is). +Dome surges through myriad valley-swoop stomach-lurches and eye-of-the-storm calms. Typical of the album, opener proper ‘3’ draws you into its twiggy tunnels of fairytale awe with a soft, blooming guitar riff, before bombarding its own, crickety foundations with tidal surges of oppressive bass, creating fluid rivers under starry, lysergic flashes of synth. +Dome encourages you to use silly words. The reflective ‘Underling’ swooshes aside mid-album fatigue with silken strings and spacey whelps of bleeping, faintly discordant fuzz, before the smoothly soaring title track slinks and wraps mistily round a dream’s rose-tinted dancefloor, trickling out a funk-laden warmth J Dilla might have sunken into in more reflective moments. It’s warm, joyously restrained and, above all, intimately inviting, and if all those deep-seated stereotypes of laptop-based music being inherently cold, impersonal and sterile haven’t long since been redundanced, Seekae’s is as strong a case as any for how wonderfully vulnerable and brittle a neatly-crafted, tasty splice of Modern - delectable electro-frippery, excitably slippery blippery - can quite consistently be.

Overall the follow-up to 2009’s The Sound of Trees Falling on People strikes a delightful balance: without insulting our intelligence, Seekae have rounded the flagrant edges off FlyLo’s sprawling imprint of historically clued-in modern-sounds and crafted a soundtrack that won’t scare off the dinner party guests, which is hardly the highest treason. What the trio lack in pure, ear-fizzing originality, they happily make up for in solid listenability - again, better than it sounds - and essentially +Dome makes for a gently deafening return to what’s fast becoming a drastically overpopulated market. So yeah, all in all I suppose it is pretty brainy, if you’re asking.