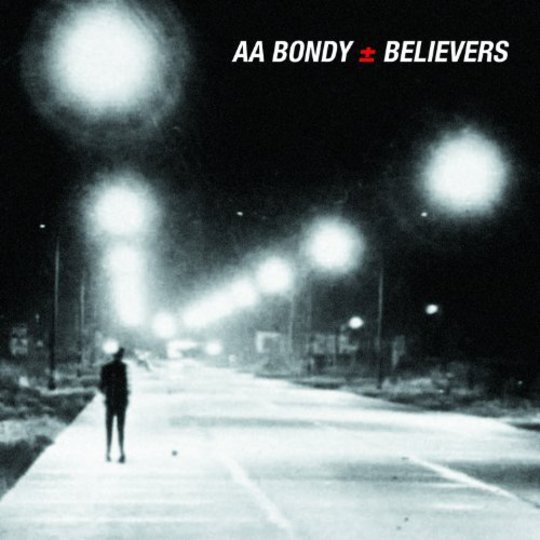 Believers sees A.A. Bondy complete a phoenix-like rise from the flaming fuselage of a stalled career as a major label artist. Having experienced the fickle nature of the music industry with failed grunge experiment Verbena in the late Nineties, the Alabama troubadour retreated, as so many wistful musician types do nowadays, to a barn in the Catskills mountains near New York. There he explored his gentler side, penning an album full of wounded paeans to love, loss and everything in between. That album, American Hearts, was a transformation. This third solo effort, his most assured and intuitive to date, is a revelation: elegiac, tender and often achingly beautiful.

Guided by chiming guitars, soft percussion and near-whispered vocals, Believers is an wonderfully wintery listen. The songs here unfold slowly and quietly, like ice thawing from the branches of an oak tree or melting on the grill of an abandoned car. Bondy’s raspy vocals sting with that sad nostalgia that creeps up on you as another year draws to a close. Shut your eyes and the crunching snare hits sound like footsteps on a crisp snowy terrain. "I wanted to make a world, complete with typography, weather and night and day, all that stuff," the musician told NPR in a recent interview. The world he resides in on Believers could be a snow-globe, shaken softly, with Bondy its sole, lonely inhabitant.

This is, at heart, an off-piste country record, its author spurning acoustic guitars for muted electric rumblings and murmurs of organ. There are echoes of Ryan Adams, Bonnie "Prince" Billy and, inevitably, fellow one-time woodland recluse Bon Iver in the mesh of pedal steel and sumptuous harmonies. One of the album’s highlights, 'The Twist', is exactly that, a surprise upbeat turn that shares Interpol's brooding intensity. The strange lyrics of 'Surfer King' point to a polished-cum-cryptic Leonard Cohen-esque wordplay, Bondy crooning enigmatically: “Behind the red door in American skin there is a murder of roses and in the midnight hiss come cover me there, where I am electric nothing”. But, amid all these similarities and base reference points, there are snatches on the album which suggest Bondy is an original: the ambient soundscapes slotted intermittently between songs, the pensive pacing of songs like 'Scenes From A Circus', the long pregnant pauses within tracks that throb menacingly and fill with unease.

Believers isn’t a rousing album. Its allure is slow-burning, almost unnoticeable. There’s little sense either of who exactly Bondy is either, A.A. sometimes frustratingly, well, anonymous. But there’s something here that leaves you groggy with emotion after an up-close listen, something warm, enveloping and frankly unmissable.