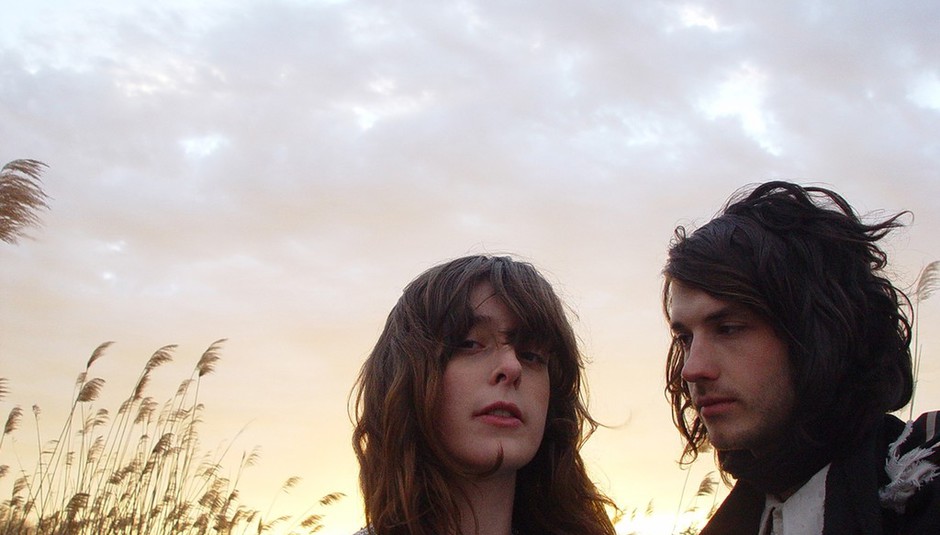 We considered taking the day off and not bothering with this week's content-based Spotify playlist, what with today being a bank holiday and all. But we thought better of it. We're servants to you. And you'll get more chance to listen to it if you're at home, anyway.

To play this playlist you'll require the Spotify software from Spotify.com, which is available for free in a lot of countries (the good ones, anyway) and ad-supported access is free too. And while you're here...We also have 101 songs from the first quarter of 2010 in a playlist, as well as the very best singles from 2010 thus far in a playlist. Visit them.

Weezer were just one of the bands announced for this year's Reading and Leeds festivals. We could have included The Libertines but we weren't too keen. Likewise, we could have chucked in some more recent Weezer but, again, it didn't appeal. And why the hell would it with tracks like this in their back cat'?

The Vaselines were also added to a festival bill, that of the Bowlie Weekender, Edition 2, curated by Scottish indie-pop luminaries Belle & Sebastian. A pleasant predictability to see Eugene and Frances pop up, as it will be to see them in the flesh. I don't remember this track being over five minutes long but it is. It also includes some noises of a sexual nature about half-way through. Dirt.

Concept records about New Jersey and The American Civil War are...rare things. This will likely be the only one both because a) it's a fairly specific thing to write a record around and b) if you release one as awesome as this, no fucker is ever going to top it. Man, this album makes me feel all fuzzy inside. The video for 'A More Perfect Union' aired earlier in the week.

Dum Dum Girls have been getting a decent amount of love in recent times, and on Monday they released I Will Be, which we reviewed here. Not a massive amount of action takes place in 'Longhair' and 'budget' recording doesn't really do it justice. The guitar is so distant it's almost ambient, but at all full volume it does the trick, just about.

Alas, we have not the version of Roman Candle which has had all the high-pitched string slides and general buzzing removed at our disposal, but the original. It gives the track character, anyway. Not that any of Elliott's tracks lack that quality. Read our re-assessment of the recent Roman Candle remaster here.

Perhaps not the sort of fare you'd expect from a band called Monsters of Folk but the delicacy and subtlety found within these five-minutes is worthy of any praise it gets. The video for it's alright, too.

A couple of bits from The Hidden Cameras, after last week's single of success. Well done to them. We interviewed Joel Gibb here and took some photos of them performing in Leeds here. 'Do I Belong' is at least four times less creepy than 'Underage' and that is to be welcomed and applauded.

Are Bear In Heaven Scandinavian? If not, then they're doing a good job of either pretending to be or accidentally sounding like they are. Maybe it's the Fever Ray style vocals and the Oh No Ono atmosphere. The Nordicism abounds. We reviewed their new record, Beast Rest Forth Mouth, which received nine marks out of ten.

In 'Zebra' we have our Single Of The Week. It is truly blissful in all the usual ways, and in the style Beach House make their own on Teen Dream. It's an ecstasy which is woozy. A summer-time drunkenness. Yet, at the same time, it's a mite sad. Almost identical to being paralytic, then.

Another one from the Singles Column, Wendy Roby was reserved in her praise for dear Owen, writing that: "The trouble with ‘Lewis Takes Off His Shirt’ is that despite a delightful title – it doesn’t really go anywhere; it is an exercise in staying in the same place. And though, granted, this place is one hundred times more interesting and beautiful than where most of us plant our humdrum feet, I’m not sure I want to remain rooted there for a whole four minutes. It pains me to say this." It's no 'Keep The Dog Quiet', that's for sure.

'Butterfly' is the word which appears in the mind when this particular slice from Sigur Ros's Jónsi kicks in. It's taken from his solo record _Go_, which also got 9/10 when we reviewed it earlier in the week. A true beaut of a record.

Hey, this has some of those 'atmospheric rock' disembodied vocal samples in! How original! I joke, I joke. Still, the good news is that 65Dos are returning/have returned with a new album, free single download, and a tour. I hear it's a bit of a monster.

Kelpe is THE man. Or he will be if we keep getting free mixtapes from him. They total two now. Listen to the latest one, Flurobeige, here. Download it, stream it, play it to your mother/brother/cat/dog/parrot or whatever.

The main issue I have with '6' is that it sounds very much like a headache. It's doing a job of soundtracking my mid-morning cranial compression right now. It's also more than a touch nauseating at times. Yet both of these factors are what makes it so appealing, the wonky sonic abrasiveness undoubtedly its charm. As is the section which reminds me of parts of Wisp's Nrthndr, the pay-off if you will. Watch them live in London.

It's always a pleasure to rifle through the more obscure content and unfamiliar names, especially during a week when Chris Power's armchair dancefloor makes an appearance. This edition of AD contains a Klimek mix and a review of Chihei Hatakeyama's - a man of immense prolificness - The River. Though this isn't from that record, it should give you a reasonable idea of what the man is about.

Critical faculties are struggling to aptly describe what happens in Kevin Drumm's 'Cloudy', so perhaps you're just better off reading Chris Power's assessment in this week's armchair dancefloor.

Click here to listen to this week's Spotify playlist and here to access our now-extensive archive of them.