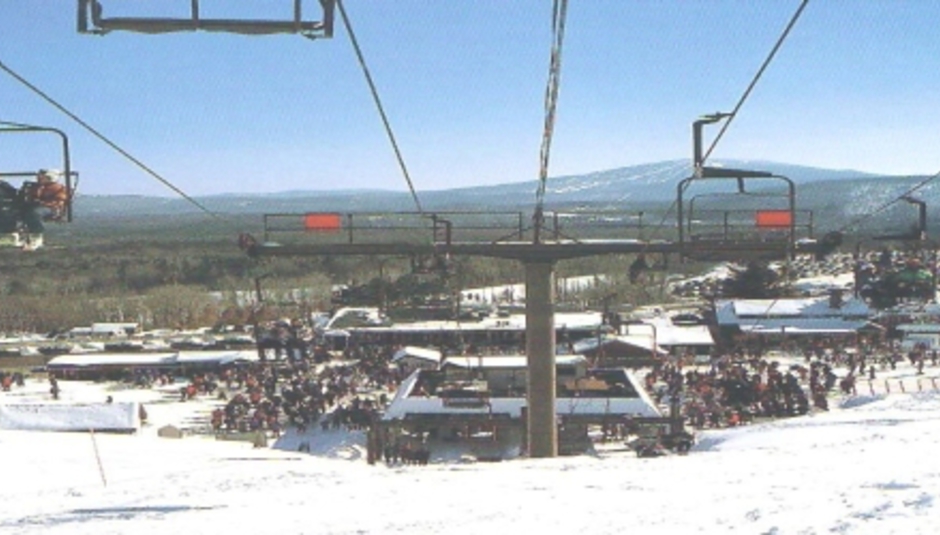 This month, armchair dancefloor's review of the best electronic music sees us falling for the many faces of Actress, bowing before the authoritative Berlin techno of Marcel Dettmann, losing ourselves in electronically augmented folk ballads from Oslo, going underwater with Jana Winderen, and giving praise (again) for the simple fact of James Blake's existence.

First though, to Japan for this month's exclusive mix. Okinawan DJ and producer Iori penetrates the darker recesses of our pleasure centres with this long, absorbing journey. He first came to our attention earlier this year with the excellent Unknown Place EP on Prologue, and if you know Prologue then you'll know the kind of darkly tunnelling but nuanced techno Iori deals in.

Reaching back to the mid-90s deep minimalism of David Alvarado's Sunkiss project and turn-of-the-millennium bass manoeuvres from Soha, and combining these in turn with recent cuts from KAB and Peter Van Hoesen's 'Terminal', Iori's mix offers a compelling vision of techno's past and present.

Without doubt the most essential release of the month, and one of the albums of the year so far, Splazsh is the second full-length from Werk Discs boss Darren Cunningham. Good as debut Hazyville was, this is in a different class entirely, flipping and inverting contemporary dance music styles with a restless hunger and invention. While you can point to the faithful Detroitisms of 'Let's Fly', the lurid reanimation of 1980's funk-rock on 'Purrple Splazsh' or the raw jack house organ prods of 'Always Human', Cunningham instills his work with an otherness that leaves the precise coordinates of his sound lying somewhere in the less charted spaces between these disparate styles.

A couple of months on from the superlative Bells Sketch EP (having dropped his excellent mix of Mount Kimbie's 'Maybes' in the interim), Britain's brightest new weirdstep (copyright MTV, probably) talent, James Blake, returns with his first release on Belgium's R&S, and possibly his finest moment to date. Built around a 'look I found her/Red coat' sample from Kelis's 'Caught Out There', 'CMYK' winds itself up into a flurry that possesses a sinewy power in spite of the delicacy of its construction. Warm synth surges dart between a skipping framework of rimshots and subterranean echoes, giving the track a summer afternoon and bleary late-night feel all at once.

'I'll Stay' plays a sly game with jazzy guitar licks and horn stabs, sounding of a piece with the work of Blake's sometime collaborators Mount Kimbie. Closing track 'Postpone' does too, at least at first, but make sure you stick around for the superb echoing synthesised brass and vocal stabs that dominate its closing section. Stirring in effect, they're not unlike the synth buzzes that unexpectedly intrude on the fizzing, wavering balladry of 'Footnotes', the quality of which makes this a package most artists would happily spread over two or more releases. With Blake, though, you get the distinct - and rare - feeling there are many more treasures to come.

DJing jewel in the no doubt viciously spiked and intimidatingly visored battlecrown of the Berghain, the world's best techno club, Marcel Dettmann's first album has been eagerly awaited by both fans and knife-sharpening naysayers alike. Its blunt title suggests that the DJ/producer has no qualms about exploiting his status as a brand, but the more you listen to this superbly utilitarian album, the more apposite the title seems: this is finely tooled product, untrammelled by unconvincing concepts and disastrous experiments with 'proper' songwriting. Instead Dettmann comprises 10 tracks of deep, robust techno bookended by two ambient sketches. Tracks end much as they begin, giving the sense of their endless momentums being tuned into for a space of time before the dial spins away.

They're by no means anonymous, though: the subtle swirling pads and high-pressure cardiac pulse of 'Home' catch the ear on the first listen, as do the ominously expectant keys of 'Drawing'. While Dettmann's unremittingly greyscale soundworld won't suit all tastes, it's a gift to the aficionado.

A response to Brian Eno's seminal ambient album Music For Airports (1978), Music For Real Airports sets out not to lull and placate, but to capture just what tedious, unpleasant and perhaps even dystopian places they can be. Moving through darkside ambience, old-school low-tempo techno and brief moments of beatlesss uplift, this is, as you might hope, a lot more enjoyable than Stansted at 7am on a Friday morning. Considered alongside their previous album, Further Vexations, The Black Dog are well on the way to becoming the grumpy old men of techno. Indeed, it's often the more vexed moments here that stand out, as with the unpleasant sine waves circling and twisting behind the reverberating bass breakbeat of 'Strip Light Hate', the muffled funeral march of 'Wait Behind This Line', and the destabilising, stress-inducing but very nearly beautiful drift of 'Terminal EMA'.

Fredrik Ness Sevendal is a veteran of Oslo's experimental scene, and the first of his releases for Miasmah is this welcome and expanded re-release of his 2005 debut album. Creating psychedelic folk music of distinction, on 'Silence to Say Hello' and 'Wooden Leg' Sevendal's strumming creates series of concentric circular waves which alternately lap at and crash over the listener. These pieces have an air of heavy pre-storm skies about them, while the drone pieces 'Sappleur' and 'I Think She's Asleep' investigate darker atmospheres still. 'Dream' situates itself somewhere between, its haunting guitar motif picked out above a swell of queasily swirling electronics.

Sevendal's skill sees him create, on each of these tracks, mountainous atmospheres from fairly - albeit often deceptively - straightforward processes. The biggest peak in this chain is the lengthy new track 'Flaggermusvingers Vift I Dimmet', which moves from louring beauty through tempestuousness and into a final section of busy, slowly fading echo.

Beginning with muttered speech that could be taken for incantatory ritual before coming to seem more like lewd barroom chat, Pier Bucci's second LP continues to tread this line between the devotional and the hedonistic throughout its length. Bucci is Chilean, and like his countrymates Luciano and Ricardo Villalbos he too delights in seeding a minimal techno template with homegrown folk elements. Indeed, Amigo is a more organic cousin to Villalobos's Alcachofa, both albums conferring a trancelike state on the listener through their restrained deployment of subtle organic elements. From the siren song of 'Canto Libre' to 'Cuando's haunted dancehall take on nueva canción, Amigo impresses throughout.

This is the second alva noto (aka Carsten Nicolai) album to compile tracks dedicated to artists and projects that have inspired Nicolai in his own work. Both a composer and sound installation artist, the range of Nicolai's interests is reflected in the diversity of his dedicatees: microtonal/drone composer Phill Niblock, Russian director Andrei Tarkovsky, dramatist Heiner Müller, and industrial designer Dieter Rams. Musically too, there's much variety to be found here. Composed as they were between 2003 and 2008, For 2 isn't going to offer a unified experience in the same way as, say, last year's Xerrox Vol.2, but can instead be admired as individual examples of Nicolai's impressive range of styles.

From the eerie, hostile sinewaves of 'Stalker' and the tense electronic minimalism of 'Ans', to the rich, treated cello timbres of 'Argonaut - Version' and 'Early Winter' (reminiscent of sections of Clint Mansell's score for Requiem For a Dream), this is tremendously accomplished work. The stunningly deep, propeller-plane scattered soundfield of 'Anthem Berlin', from 2006, is a particular highlight.

Fans of Chris Watson's field recordings should be very excited by Jana Winderen's excellent new album, recorded in the Barents Sea, Greenland and her native Norway. Blending the sounds picked up by her hydrophones, omni mics and parabolic reflector mic (not a lot gets past that kind of array) with electronic augmentation in post-production, Winderen's compositions begin with deceptive simplicity before building into dramatic, detailed and highly controlled works.

From the cawing of birds on 'Aquaculture' to the icy creaks and squeals, hissing breachings and subaquatic reverberations of 'Isolation/Measurement', you're constantly reminded that natural maritime sounds are the instruments with which Winderen creates music, as opposed to her work being a straightforward documenting. That's not remarkable in itself, but the skill with which she forms her material throughout Energy Field, and most strikingly on closing track 'Sense of Latent Power', most certainly is.

On their second album to be included in the Congotronics series, Kinshasa's Konono No.1 bolster their unique blend of likembes (thumb pianos), scrap-metal drums and distorting colonial-era loudspeakers with guitars and bass. This is a more produced sound than was present on 2005's self-title album, but the distortion - as key to Konono's sound as the bazombo trance music structure of their compositions - is still present. It's this element, at least in part, that gives this music its extraordinary power, and makes it particularly attractive to western ears with an established taste for the distorted overload of 1960s rock and roll or the serotonin-flooding white noise build of techno (witness the transfigured bleep anthem 'Fula Fula', which isn't so far away from LFO). Not that Konono are all about the rush: closing track 'Nakobala Lisusu Te', featuring a solo likembe performance from band leader Mawangu Mingiedi, represents a hushed calm descending after an almighty storm of noise.

Slow, sleazy and shot through with paranoia, 'Basic Music Knowledge' rolls through the borderland between UK garage, smack house and dystopian techno, its phased whines and atonal signal attacks lancing like hostile spotlights through micro-fragments of a diva vocal. The snapping 2step rhythm and plodding, subtly distorted bass increase the alienating atmosphere, a two-note chime melody the only thing leavening this determinedly gloomy brew.

A collection of mostly unused tracks written for a documentary about life in Berlin, Fehlmann's lush mood pieces form an accomplished techno suite in their own right. Shame about the disco house, though.listen.

The best yet in an often lacklustre series, Volume 5 comprises a vital lesson in acid house from German veteran Flügel. listen.

Not entirely the second coming, but undoubtedly essential. Check out the DiS review. listen.

Recently signed to Hyperdub, if 'She's Acid' is Funkineven's last release on Eglo then it's a fine goodbye. 'She's Acid' is, um, acid, plus slap bass, 303s and glittering, drop-signposting synths. listen.

Correction: Funkineven 1956 hasn't signed to Hyperdub, he's just done a remix for them.

Tectonic broaden their palette with this EP of pyschedlicised hip-hop soul from Brooklyn's Pursuit Grooves. A real grower. listen.