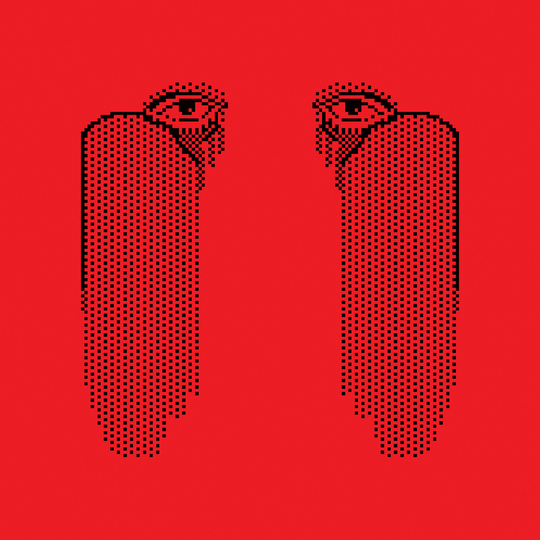 It has taken almost six months from its American release for Bear in Heaven’s second album to appear on our shores, a time period which heralded the arrival of Yeasayer’s Odd Blood, a record which would unintentionally pave the way for this release by placing it neatly into context. Beast Rest Forth Mouth occupies a similar space to Odd Blood, sharing its unbridled sense of groove and shimmering synths. In its own right, though, this is an ambitious and expansive piece of work which carves Bear in Heaven a niche that is entirely theirs.

The journey which the record takes you on is a rambling, rangy one, and sometimes it might seem like it will lose you along the way, but the great skill Bear in Heaven exhibit here is to be able to keep everything together. For all its diverse elements and meandering detours, there is some common thread running through it which prevents it from becoming a messy or disjointed affair.

Underpinning it all is a sharp pop sensibility which is largely what has led to the Odd Blood comparisons. This is clear right from the start with the mesmeric tribal rhythms of opening song ‘Beast in Peace’, which bleed straight into the ridiculously danceable fizz of ‘Wholehearted Mess’. The album reaches the apex of its poppiness with ‘Lovesick Teenagers’, which is a carefree and summery little gem. The sense of fun exhibited in these moments is so exhilarating and infectious, and it makes this album a hugely likeable one, as well as being so enriching and interesting.

The funkier leanings of Beast Rest Forth Mouth tend to be more apparent in its first half, fading as the album progresses to be replaced by a more considered, dreamy feel. ‘Ultimate Satisfaction’ for example, feels like something Mew would have produced around the time of ...And the Glass-Handed Kites. In the music and vocal delivery, it shares that same wistful, wide-eyed sense which the Danes have knocked out so effortlessly for years. ‘Dust Cloud’ is a similarly gorgeous case which opens up with an unhurried and enchanting intro before eventually exploding into a crescendo of heavy distorted guitars.

With Beast Rest Forth Mouth, Bear in Heaven have shown themselves to be a major creative force. Their invention and imagination, mingled with their astute pop nous have combined to produce an album which is fit to stand toe to toe with most that will be released this year. There is so much to enjoy here; this is a record which reveals itself more with each listen. Whether Yeasayer end up overshadowing it in the end of year lists remains to be seen, but if that does happen, then this would be an unjust reflection of a wonderful album.