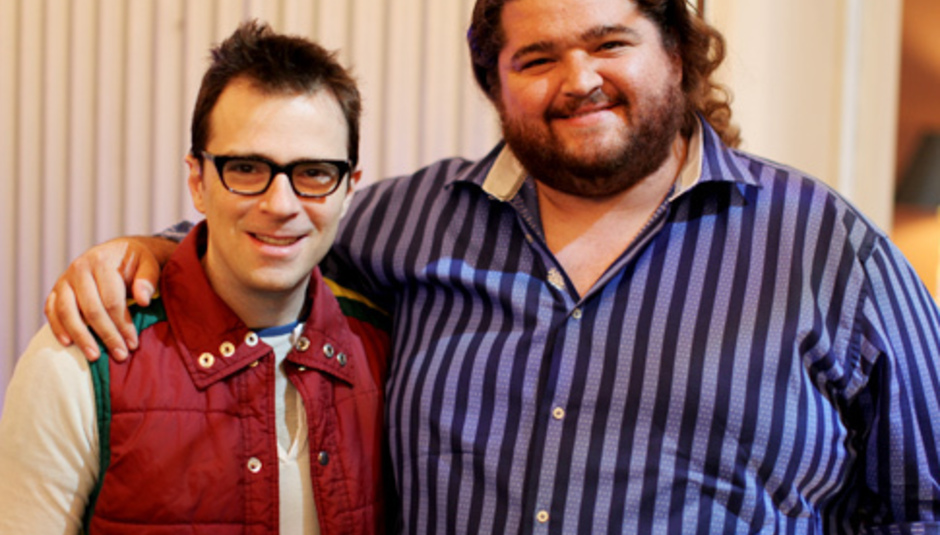 It's time for another one! This time featuring the likes of Weezer, Gold Panda, Simon Joyner, Bright Eyes, Swans, Lykke Li AND Owen Pallett. Click here to give it a whirl!

Ah yes, Weezer. As many very astute people on the boards pointed out, the level of argument whenever a new record from Cuomo and co. comes out tends to lurch towards individuals ranking their favourite albums from first to last. This isn't very constructive, especially considering the high watermark they set early on in their career. Their new one is called Hurley and we reviewed it here. Better than Red and Raditude but not quite as good as Maladroit, in case you were wondering.

Gold Panda is an elusive figure. Thankfully we finally managed to track him down and have a bit of a chat with him, albeit about his composition of music on the Ninetendo GameBoy, which was intriguing enough. We learned a lot. You can read that here. Also I'd advise you get his debut album, it's a stormer.

It does seem slightly strange that The Vaselines have released another album. It's not too bad, though. It scored 7/10 in our review. This track still remains the only track of theirs (well, a cover) on Spotify, so it's going to fill the slot once more. No bad thing, I add.

Icelandic chanteuse (I am never going to use that phrase again, by the way) Ólöf Arnalds released her second record on Monday. This is the title track and is a reminder as to Arnalds's talent. We reviewed it here. Icelandic is a great language to sing in, isn't it?

Have you heard the news? A lot of you have, some not - Grammatics are on the way out but not before one final hurrah. To celebrate their career, we had a few of pieces focusing on the group this week. They were an interview, the selection of one of their records in our Favourite 50 and a track from their final, farewell EP. Knock yourself out.

I don't want to seem like an eyebrow obsessive, even less an eyebrow fetishist (it's just not true...) but there have been some worrying developments on Lykke Li's brow. In the recent press photo they seem to have completely disappeared. Worrying. What isn't worrying, however, and is in fact encouraging, is that she's keeping us updated. She just announced a London show and a video of her catching some rays!.

Speaking of Sweden - the artist formerly known by the name of a well-known computer game series, Owen Pallett, recently announced the release of a new EP, entitled A Swedish Love Story. It has four tracks and is, as you'd expect, of a very high quality. Get your hands on a track from it here.

Our ever-present dubstep expert Rory Gibb chose Burial's self-titled record as one of his favourites of the past ten years, in the series of our staff's Favourite 50. Deserved, I'd say. Read about it here.

Hopefully you will have noticed that this week has been "Solo Artist" week. If you haven't then sort it out and read some of the content. One of the related pieces was a Bright Eyes album being chosen in the series of Favourite 50. Read more about that week here.

And another solo artist! This time it's Edwyn Collins, who released his new album quite recently. We caught up with him to have a chat about plenty of things, as you can imagine. Read it here. Definitely worth a gander.

Something Norwegian this way comes, and it's very good. It's Årabrot's new record, Revenge. Read about it here.

Wild Beasts have gotten enough love from us in the past couple of years, but it's not going to stop now. Especially not when they announce a 12" release of remixes from Two Dancers.. It doesn't contain this remix, having been released already, but it's still pretty decent.

And a final one for Solo Artist Week, Joyner's album Out Into The Snow made an appearance in our Staff Picks article, primarily because I chose to write about it. Sounds fair to me.

_Click here to listen to this week's Spotifriday playlist and here to browse our archive of them.