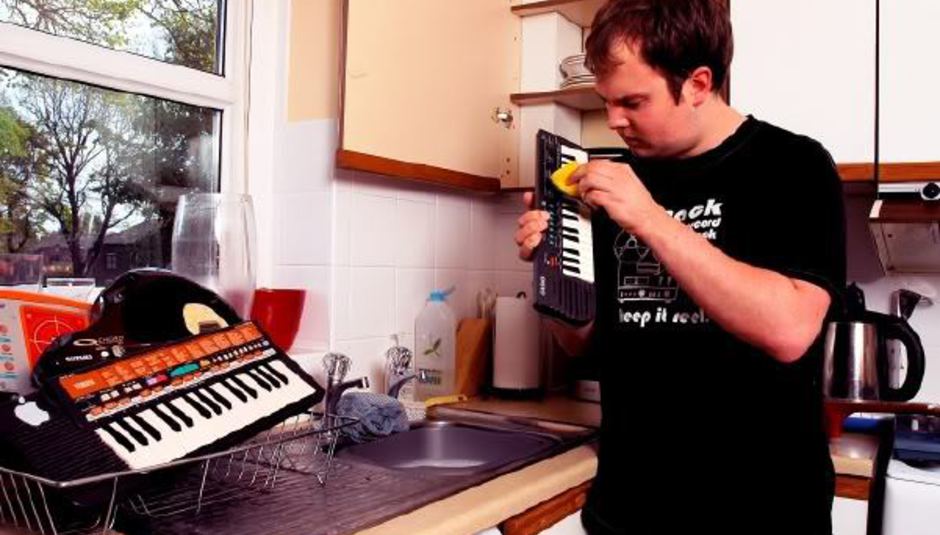 This week's Spotifriday playlist - one created with a mixture of bands and artists featured on our website in the past seven days or so. As is always the case. This edition features the sensational Janelle Monae, Abe Vigoda, Grinderman, Pagan Wanderer Lu, Deer Tick, Barn Owl and much, much more. Click here to listen to it.

I am fairly sure that Janelle Monae won't have escaped your notice. Certainly not if you've been reading the site in the few days. Miss Monae popped up as Single Of The Week for this very song, as well as making a very excited Wendy Roby very happy at a French festival last weekend. I don't actually think Wendy's recovered yet from it. Some say she never will.

M.I.A. on the other has gradually moved from quite interesting figurehead for somethingorother to a quite annoying person in general. Some might say that she's ALWAYS been like this, and they're probably correct. Either way, her new record got a review this week. I'm not going to type the title because it is so utterly silly. Instead you can read the review here. It is largely positive.

Hot Chip also entertained le Wendy at Les Eurockéennes festival last weekend. Read her breakdown of day one here and day two here. I'm not entirely sure if there was a day three but if there was I suspect it'll be appearing imminently. Oh wait, here it is.

For no other reason, than because we can. And they have a new album coming out next week, a review of which you can read here. This song will never be surpassed, will it? Surely their most played track, too?

Abe Vigoda released an EP last year which hinted at a move away from the sound found on their 2008 album Skeleton. Earlier this week they announced details about their new album as well as releasing a new track from it, which does sound very much different to what has come before. In a possibly good possibly not way. Exciting times, though.

The chances of these guys playing in the UK is minimal. Or non-existent. In fact the chance of the reunited Saddle Creek supergroup playing any more than one show is also slim. But still, one show it is. More details about the benefit concert here.

The fifth edition (is it that much, really) of Articulate Silences, Ambient Sounds was published this week. It featured a brief interview with Barn Owl, and insightful it is. Almost as insightful as this particular track is eerie. And good, of course.

This man is a fine lyricist. And a good songwriter too. These two qualities go pretty well together to make an exceptional album in European Monsoon. There are few artists who have made me smile as much as PWL in recent times, so it's good to see that he continues to do what he does, and well.

A new Deer Tick album? Oh, OK then. Read about their new one, The Black Dirt Sessions, by clicking your mouse here.

More, more, more from Grinderman. The brilliant album art for their second self-titled record has now been revealed. There's also the tracklisting, with some gems of song titles. There are also some tour dates, don't forget.

11. Shining - 'The Madness And The Damage Done'

It's hard to get your head truly around this story. Still, it's certainly a good thing that Morten and his pals are giving away a grand total of £400,000 to emerging Norwegian artists, including Susanne Sundfør and Shining, who have scooped two of the prizes so far. They'll also support the band on one of their farewell tour dates in Norway. Imagine Shining opening up. I just can't. It's going to be unreal.

Latitude is fast approaching. Andrzej Lukowski noted a preview for the festival with all the tips and tricks. As well as some recommendations about which bands to see. Black Mountain are one of them, which is why they are here.

The songs contained are Hjaltalin's second record, Terminal are so bold and full of bombast you are almost taken aback. But they do understated and contemplative, too. And no better than in 'I Lie', which is actually from their debut full-length. Click here to watch them perform 'Feels Like Sugar' in the middle of nowhere.

Fang Island's self-titled record fared pretty well in the review stakes. Read the 8/10 review here. It's all crunch and squelchy and nice for your ears. Angular, some might say. Not me. No sir.

We're big fans of Ólafur Arnalds here at Drowned in Sound. You may have noticed. We ran a pretty in-depth interview with him earlier in the week which you can read here. He talks about his beautiful new record, touring China and what the future holds for him.

Click here to listen to this week's Spotifriday playlist and here to browse through our extensive archive.