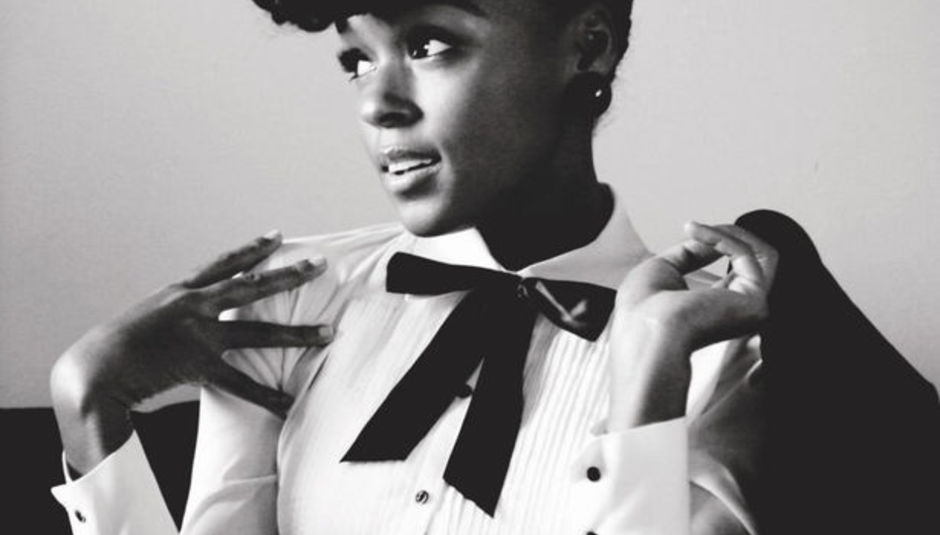 Last year, it felt as if the stars were aligning. Music offered itself up to me at the precise, serendipitous moment I needed it, it said all the things I needed to hear; right before I asked. But 2010 has been entirely different. Now, I am not sure what I have done to upset music, but I am pretty sure it will be leaving me passive aggressive Post-Its about using my pants as a dishcloth very, very soon.

And then, along comes a week – all tetchiness forgotten - when Music decides it likes you again. And that is when it decides to thwack you, right in the fizzog, with at least FIVE perfect, undeniable and TERTALLY BRILLIANT singles.

So. Are you ready for some brilliant? Classicism often gets a bad rap, which is why it is a stroke of genius for Janelle Monae to sneak her JB impression under the radar of a thrillingly clever concept album. With all its tawk of lovelorn bots and pashing on the run; its wanky notions of ‘suites’ and ‘movements’ you forget. You forget that ‘Tightrope’ is a real daub of amazing, a properly traditional get-on-up funk workout that doesn’t bother worrying about being out of time. It’s the moment on The Archandroid when the scales fall, it’s the bit where you hang all notions of cool and try to do her one-foot-shoe-shuffle, it’s the bit that provokes you to walk with a bit more swagger. It’s tremendous, irresistible and it needs little explanation because it simply is what it is. Also - and this is a strange, rare one - but I am fairly sure I would not get on with anyone who did not like it; and I love it when pop music makes me feel that partisan.

‘AM/FM’ is – as I am sure you have guessed - a song about getting lost in the radio. And this is good because one of my formative experiences involves such a song, and I played it on an orange Dansette overandoverandover. That one was called ‘Angie Baby’ and it is about a teenage girl so monstrous, she captures a boy for her own private enjoyment. And stuffs him into her stereo so she can have him again, to do her disco bidding, whenever she is in the mood and hits ‘play’. And it is all burgeoning frisk and sweeping disco strings, and sweat droplets appearing on your skin as you realise MUSIC IS THE ANSWER. Thankfully, I feel nearly as evangelistic about the charms of ChkChkChk, having seen Nic Offer drenched in bloom one summer and he was the sexiest man in terrible clothes I ever did see. No one is like !!!, no one has quite their way with low-slung, pout-dance. I love them, I want to be them, I want to be in them. [Not like that.]

Let us imagine it is 1983, and you are the sort of lucky (as in, spoilt) child who gets to go on PGL adventure holidays. The sort where your every waking second is plotted and filled to within an inch of its life* and you are all white-water rafting this and archery that and brass rubbing the other. But before you pack your kit bag and go (you Tarquin, YOU OCTAVIA), you sit down with Mummy and Daddy and watch the video brochure. And Othello Woolf’s 'Doorstep'? It is the backing track for the Sports & Social montage. And because I have no idea if this is a good thing or not, may I kindly suggest you decide for yourselves.

[*Would you like a wanky philosophical sideswipe after the thoroughly mixed metaphors above? Then I shall give you one. It is: CAN SECONDS HACTUALLY 'LIVE'? You: ‘I’m not quite sure I follow you Wendy’ / Me: ‘Oh, never mind.’]

Thomas White - ‘Accidentally Like A Martyr’ EP from (Cooking Vinyl)

Title track ‘Accidentally Like A Martyr’ is the first of five covers here, and it is about as Button Pushing Charity Single Sung With Loads Of Famous Ones In A Studio Singing With Their Hands On Their Headphones as a thing could be. And if, like me, you have ever stood – thoroughly unembarrassed, epiphanies tumbling into your ears and tears streaming - in front of Spiritualized, I suspect you will adore it too. I mean, it’s easy to get cynical about this sort of thing, but sometimes you just want a grown up song about a hurt that ‘gets worse’ and a heart that ‘gets harder’. You know, instead of all these fizzy pop younglings saying love makes it all better (the lying little sneaks). Basically, a triumph - should you be in the mood for one.

Crystal Fighters - ‘In The Summer’ (Zirkulo)

Distort-pop, ‘In The Summers’ is a dizzying, vaguely psychedelic, shrd-yr-fce behemoth. It also has those drums that speed up and slow down - like a cartoon of tiny legs running too fast. And it’s wonderfully shouty, with clarion call vocals that make you want to go to the sort of parties Crystal Fighters go to. Dense as a U-grader, it is also FREE HERE.

Aeroplane - ‘We Can’t Fly’(Wall Of Sound)

‘We Can’t Fly’ is booming. It is as boomy as a braying Etonian who has just secured his place at dear old Balliol, but nothing like as irritating or killable as same. If anyone – especially me – tells you ‘there isn’t anything good out at the moment’ I hereby give you permission to give them a slap with a wet haddock, and then make them listen to this. IT BOUNCES.

Crocodiles are all whoosh and shoegaze and swirl. And I like them very well.

A clattery, bouncy-ball-bass-lined song about wanting to be ‘shaken out of your misery’ by a new pash, ‘Clap Your Hands’ is exceedingly jolly and very, very good.

Peggy Sue - ‘All In My Grill’ (Missy Elliott cover, b-side to ‘Yo Mama’, on Wichita)

One of my favourite songs, charmingly re-appropriated. I would be lying if I said I did not miss the MC Solaar bits though. As for 'Yo Mama', you can read what I wrote about it before, here.

A thoroughly dreamy proposition, I find I have to take She & Him in very small doses. It is therefore very fortunate for me that I consume music nearly always as singles, like pick'n'mix sweets.

Miike Snow ‘want to listen to’ their ‘evil eye’. They also know how to do pop songs. A whole album of them, imagine that.

Spectrals - '7th Date' b/w 'Don't Mind' (Slumberland Records)
Having had no time to listen to this before Les Eurocks, I insert a caveat about the fact that it could be THE BEST SONG EVER. Which is to say, no shame in Spectrals being all the way down here.

The Boy Who Trapped The Sun - 'Katy' (Geffen)

Wendy is on Twitter, here.. Follow her for two weeks before getting thoroughly irritated because she is actually quite annoying, when you really, really think about it.