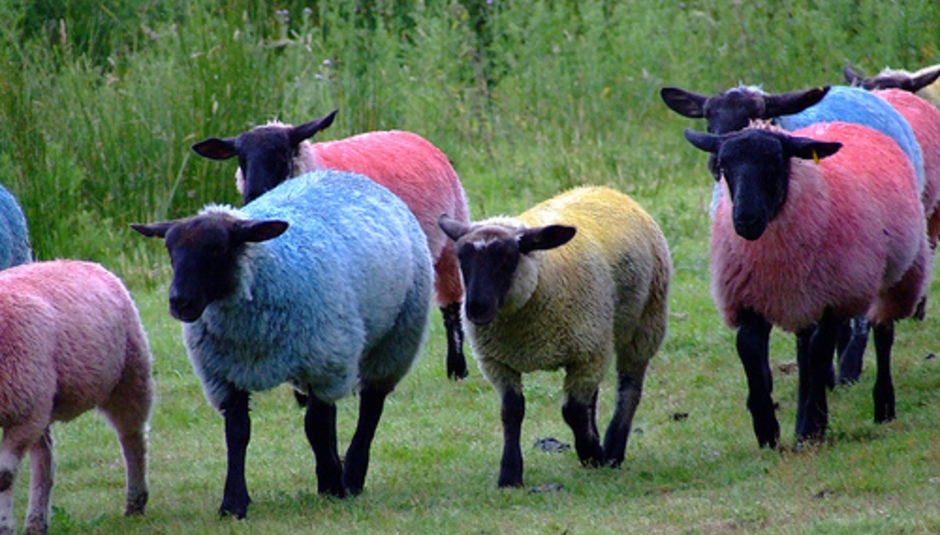 Ahoy! In a week and a bit, DiS will be heading for the babbling brooks and fantastical coloured sheep things of this year’s Latitude festival. Here are some considered thoughts on what to see, tempered only slightly by the fact that we don’t know what days a lot of stuff is running yet.

Hmm, well it’s not really the quintessential ‘get there early’ festival is it? Though one suspects there are fewer, um, adorable little kids around at this stage. Anyway there are two main musical viewing options for tonight. One is Nigel Kennedy, the bad boy of the violin, who will be doing something called ‘A Night Of Duke Ellington’ in which the Aston Villa supporter (boo) he and his trusty band of Polish musicians (yay) will be celebrating thing music and times of (duh) Duke Ellington. Sounds interesting at the least, eh? Secondly Tom Jones is playing a gig at midnight, where he will sing only his new album Praise & Blame, on which he rather cynically tries to reinvent himself as Johnny Cash. I bet he’d still be alright if we threw our knickers at him.

This is the night where The National pull the entire festival audience over to watch them headline the Word arena, leaving Florence + The Machine sobbing the words “you got the love... I need... to... to bwah aaaaah oh god oh god oh god” on the desolate main stage, abandoned even by security. Well, okay, that probably won’t happen, but the point is, just pretend The National are headlining and everything makes a bit more sense with the world. Elsewhere we will be rejoicing to musics by Spoon, Black motherfuggin’ Mountain and a very fine looking Lake Stage line up that takes in such treats as Everything Everything, Islet and Esben & the Witch. We will sidestep the troubling question of whether Empire of the Sun are really popular enough to play second headliner on the main stage... are they even popular at all..? And we shall chuckle slightly maliciously at The Feeling, fobbed off with that classic ‘special guests’ tag as they play fourth from top on the Word arena, a place below Wild Beasts.

It is bugging us that the poster still insists on calling The XX simply X... we know it’s not the cowpunk legends... but could it be? No. OR COULD IT? Er, yes, The XX, then, are lovely and atmospheric but have been playing a lot recently, unlike Belle & Sebastian, who’ve gone from an EP a week to something approaching reclusive legend status. Anyway, given they’re unlikely to push new material too hard, we’re going to be expecting an all Nineties greatest hits set. Well, not expecting, as such, but the more you write it down, the more it might be true, eh? Elsewhere it will be fun to see what Crystal Castles - who last played at the teensy Sunrise arena – will make of being second on the bill, and fun will also be had with this year’s Sunrise cadets, notably The Hundred in the Hands, Lone Lady and Archie Bronson Outfit (whose headliner status shouldn’t change the fact we can see them with everyone else, given the Sunrise tends to wind up the bands about 7pm or something adorable like that). Nedry and Zun Sun Egui’s Lake Stage appearance will be factored in if possible. Oh, and James. Yeah, we might see James. No shame in that. Are Rodrigo Y Gabiela that popular? The real world must be a fucking terrifying place, thank god for you, lovely internet. Anyway, we’re going to go and see Dirty Projectors and it will be da bomb. Maybe we will start a rumour that Bjork is onsite so they can do Mount Wittenberg Orca together. Maybe we will take it further and suggest that maybe Bjork is going to play her own show at the sadly seemingly-not-happening Sunday noon slot this year. Yes. We’ll do that. Elsewhere there will be much loitering at the Word arena for The Antlers, Kristin Hersh, Yeasayer, Charlotte Gainsbourg and um, maybe Jonsi and Grizzly Bear (IT DEPENDS HOW ‘VIBE’ WE ARE FEELING). Oh, and Vampire Weekend. Is it bad not to be excited? Nick Cave was in this slot last year ferrchissake. OH WELL. Yes, yes, we know that you don’t really care about the other stuff, but, y’know, YOU SHOULD. Comedy-wise (actually you probably do care about that) then Tommy Tiernan (Fri) and Rich Hall (Sun) should have you desperately trying to find purchase in the tent and wishing violent death on those awful people who bring deck chairs; Emo Philips (Sun) should be good if he doesn’t fall victim to Pampered American Legend Falls Apart In Face Of Pleasant English Crowd Syndrome (aka Janeane Garofalo disease). Andrew Lawrence, Richard Herring, David O’Doherty and Kevin Eldon can delight themselves with the DiS seal of approval.

The Film and Music Arena is always pretty good for random treats; maybe a bit less so this year, but a screening of Four Lions complete with Chris Morris Q&A looks fun, as does the other guy from Portishead and the other one from Goldfrapp doing a live score to the silent film The Passion of Joan of Arc. Steve Mason and Amiina have slyly got gigs in there too.

Oh, and there’s The Rime of the Modern Mariner). Um.

We sort of acknowledge at this point that getting into the ins and outs of the other arenas is just showing you our reading lists, but Robin Ince’s Book Club (Literary) is always brilliant, in a sort of ‘could probably be done a bit better’ way, and Pappy’s are the sketch act Pappy’s Fun Club, only not they’ve lost a member, but are hopefully still fun. I shall not bore you with too many theatre tips, but the RSC always pull a good festival talking point out of the bag, the Lyric and Filter’s ‘Midsummer Night’s Dream’ (Sat) will be completely mental, while The Bush’s ‘The Great British Country Fete’ should be a nice laugh. The Forest Fringe is RAD. That is all. TOODLES!