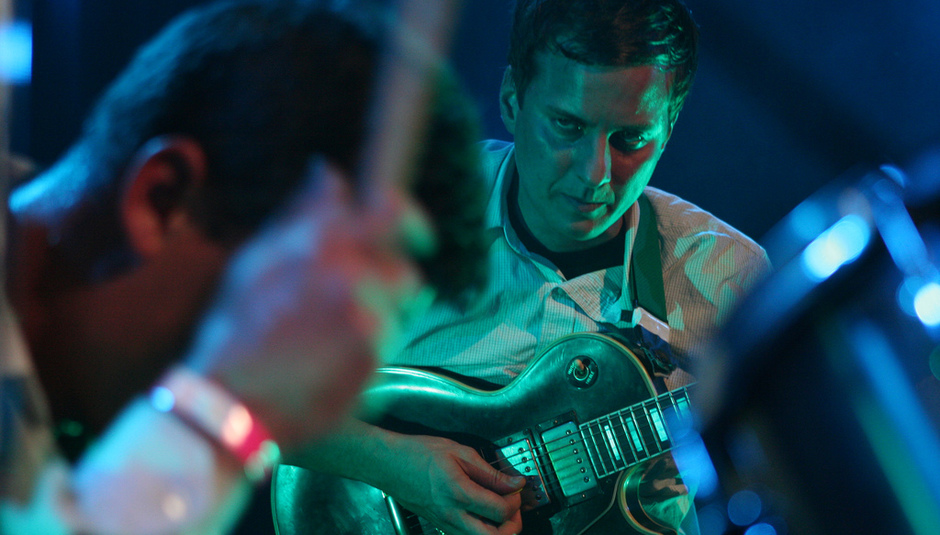 Numero 47, featuring Villagers, Refused, Pixies, David Bowie, Sia and a few more, to boot. Click here to listen to this week's playlist and read the blurb below. Or don't, it's surplus to requirements in all honesty.

Amazing. That seems to be the word on many people's lips regarding this Villagers record and they're not far from the truth at all. In fact they're actually pretty spot on. We popped down to watch them at Bush Hall earlier in the week and this did absolutely nothing to dispel any of the brilliance, only back it up really. Keep your eyes opened for the review.

Yeah, this was last week, but we're including it anyway. Read Rory Gibb's review of the Icelander's solo show at the London Forum by clicking here. Fits quite well next to Villagers, too.

A re-issue of Refused gets 10/10. Who'd have thought it, eh? Probably quite a few of you actually, including Paul Stephen Gettings who did the honours on reviewing it. Read that here.

Wahey! Pixies are in town again, this time to play two shoes at The Troxy. I presume a decent chunk of you guys went. This one is taken from the slightly underrated Trompe Le Monde though, in truth, it can't be that underrated because it's a Pixies album, if you get what I mean. Anyway, read the relevant thread here.

It was a bumper week for giving away free EPs. We had Efterklang and Slaraffenland, John Frusciante and Omar Rodriguez Lopez too. Perhaps the best of that lot, however, came from Trent Reznor's new band, How To Destroy Angels. Read about it and download it here. Here's a remix of his for Mr Bowie.

So, the Twilight: Eclipse soundtrack has a lot of stuff we're interested to hear. That's handy because it was available to stream in its entirety for just 24 hours earlier this week. Unfortunately this time frame has now passed so we're going to have to settle for 'Fantasy', which kind of links in with the whole Twilight theme.

The Manics (as they are colloquially known) announced their new record's name this week, along with a tour.. They also stated that it wasn't a follow-up to Journal For Plague Lovers but "one last shot at mass communication" or something. What the hell does that even mean? Get over yourself, guys.

Sia performed at the Roundhouse in Camden. At it she apparently asked for more people to heckle her. So some people did. About her tits, naturally. Not the most inventive heckle, and I'm sure she had a pre-prepared answer. Read what that answer was by having a peek through our review of the show.

Dom Gourlay said of Washed Out's new album: "As a starting point for Washed Out, it doesn't get much better than Life Of Leisure. More please, and soon...". Sort of tells you as much as you need to know, though 'Feel It All Around' is a hazy-dazy type construction, perfick.

We finally got round to running the review of Mos Def playing over in Bristol. Read Philip Bloomfield's words on the matter here. This particular track was meant to be a JAM. Is that the right word?

Mike Patton's latest record Mondo Cane had some good points, some less good points, but still scored 7/10 in our review. Is he singing in an actual language in this one? I'd wager this would be quite something when done live.

What in the Sam Hill is going on here, then? I haven't the faintest, but it does include Ben Frost, who pops up in the fourth edition of our Articulate Silences, Ambient Sounds column, along with a bag full of other stuff which you should OBVIOUSLY check out. Like Emeralds.

Click here to listen to this week's Spotify playlist and here to browse through our archives.

In Photos: Jónsi @ The Forum, London