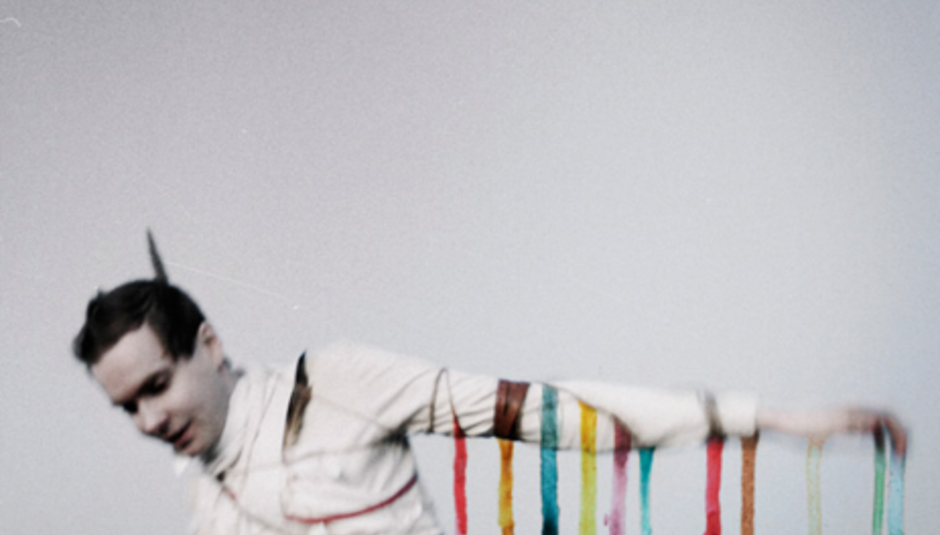 I must confess to being less than enamoured with Sigur Ros’ recent output. Their stunning performance in Somerset House a few years ago remains one of my most cherished gig-going experiences, driven by a wonderful tension between ‘Vaka’s warm drift at sunset and an apocalyptic twilit ‘Popplagið’. Picking up Takk merely weeks later, it was striking how different a unit they seemed to become in such a short time. Lacking both the impossibly fragile feel of Agætis byrjun and the creeping sense of dread that characterised their finest hour, ( ), it seemed as though most of their understated charm had dissipated in favour of pretty standard post-rock structures. It’s safe to say then that my expectations for frontman Jónsi’s debut solo album weren’t exactly through the roof. In fact, contrary to expectations Go works precisely because it marries the more recognisable aspects of Sigur Ros’ music to unashamedly straightforward songs. That there’s little space left for grand sweeping vistas in songs like ‘Animal Arithmetic’ neatly serves to avoid the immediate, and unfortunate, ‘nature documentary’ stigma that tarred his band post-‘Hoppípolla’.

Tonight at the Forum it’s abundantly clear that Jónsi has lost none of the natural sense of theatre that made a Sigur Ros gig such a monumental experience. The fact that the show is billed as a collision of music and performance makes more sense once his band steps onstage and a host of sepia-tinted screens blink to life. Even from a less than ideal vantage point the visual element proves to be key to this evening’s success. While most of his songs are sung in softly broken English, Jónsi’s knack for elongating and distorting lyrics results in a delicately wordless sense of trepidation, and one that cries out for visual accompaniment. Shorn of easily intelligible sentiments, the events unfolding around and behind the players fit the music with a context it might otherwise lack.

Unsurprisingly then, the highlights of tonight’s show are the points at which it achieves a near-perfect synthesis of sound and light. During one particularly impressive sequence a cloud of skeletal butterflies dissociates, only to reassemble as a woodland chase between wolf and deer, percussion escalating as the pursuit reaches its natural climax before shattering to pieces like glass. Smirking talk of Planet Earth aside, it’s a potent reminder that for all its overuse in documentaries Jónsi has always been a dab hand at evoking the natural world. The upshot to this is that some of the songs between these two peaks fail to reach the same dizzying heights, marred by a slight discrepancy between the band’s calmer surrounds and the bombast of their performance. One notable exception is a beautifully simple set-up for ‘Sinking Friendships’, as columns of water gradually immerse the players in deep blue.

Still, despite its occasionally overblown feel there are moments where Nico Muhly’s arrangements bring Jónsi’s music in line with the altogether less showy Bedroom Community. Just beneath the surface of both ‘Go Do’ and ‘Boy Lilikoi’ lie rattling electronics reminiscent of Valgeir Sigurðsson, and it’s hard to avoid the feeling that Muhly, with his keen sense of the dramatic, would probably approve of the sheer ambition on display tonight. For the encore’s finale a storm of distortion is accompanied by an onscreen gale that builds momentum until the stage itself appears to be tearing at the seams. As the wall of noise subsides, the band reappear onstage to bow; it seems a fittingly theatrical way to end a surprisingly well-realised and occasionally beguiling evening.