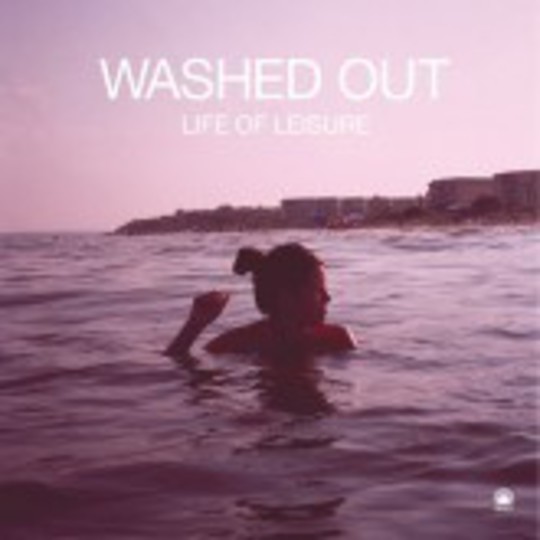 As an eighties child, Ernest Greene can perhaps be forgiven for regressing back to the happiest memories of his youth for his current musical excursion. Washed Out may be little over a year old, yet for all the defensive protestations of Greene still learning his trade in the public eye, he's made an exceptionally fine job of his first EP that many of his supposed peers could probably take heed and up their own antes in the future.

At times, listening to the six pieces of music on Life Of Leisure feels like being trapped in some chaotic, kaleidoscopic dreamworld. Indeed, whatever Greene's inspiration for such transient escapism, he's nailed it good and proper here, mixing the eclectic voyeurism of close companion Toro Y Moi's more perverse meanderings with the layered beats of Memory Tapes or Glass Candy. However, comparisons aside, Life Of Leisure stands up in its own right due to the no holds barred delirium of its creator, sounding like an outtake from a television theme tune one minute only to become a bonafide clubland floorfiller the next.

Remarkably, Life Of Leisure actually first saw the light of day in September of last year, its initial download-only format sparking all kinds of interest in Washed Out, while the ultra-rare batch of accompanying twelve inch singles sold out in double quick time. That it has taken so long for a tangible re-release says more about the artist and label's DIY aesthetic, rather than appropriating any kind of financial gain. The EP provides a timely reminder of both Greene's potential and near flawless first stab at putting together his own recordings. Although its difficult to imagine what orchestrated such audio gems as 'Belong' and 'Feel It All Around' in the first place, the possibilities as to where Washed Out could go next are endless.

Opener 'Get Up' starts off like a close cousin of 'Step It Up' by the Stereo MCs, all lolloping keys and iridescent slap bass before giving way to Greene's illegible yet smooth vocals. 'New Theory' meanwhile combines more eighties-style synths - this time of an AOR rather than disco variety - channeling itself into a laidback groove eerily reminiscent of TV On The Radio's more harmonious escapades. Likewise the closing strains of 'You'll See It' build and erupt similarly to intro to the Pet Shop Boys' take on Elvis Presley's 'Always On My Mind', only to embark on a neo-psychedelic diversion just when things start to get settled near the mid-point. Better still, however, is the stoned futurist funk of 'Feel It All Around', easily the most incisively addictive three minutes of Washed Out's brief career to date, and without doubt Ernest Greene's signature tune cum epitaph were he to call it a day in an instant.

Not that we're about to advise such a drastic course of action; on the contrary in fact, at least until a full album's worth of material has emanated from this talented genius-in-waiting at any rate. Nevertheless, one final suggestion we would like to make to prospective producers intent on recreating their favourite television shows such as 'Knight Rider' or 'TJ Hooker' would be to give Ernest Greene a call, as the delectable 'Hold Out' evidently demonstrates, he can sure as dammit write a distinctively provocative theme tune to boot.

As a starting point for Washed Out, it doesn't get much better than Life Of Leisure. More please, and soon...