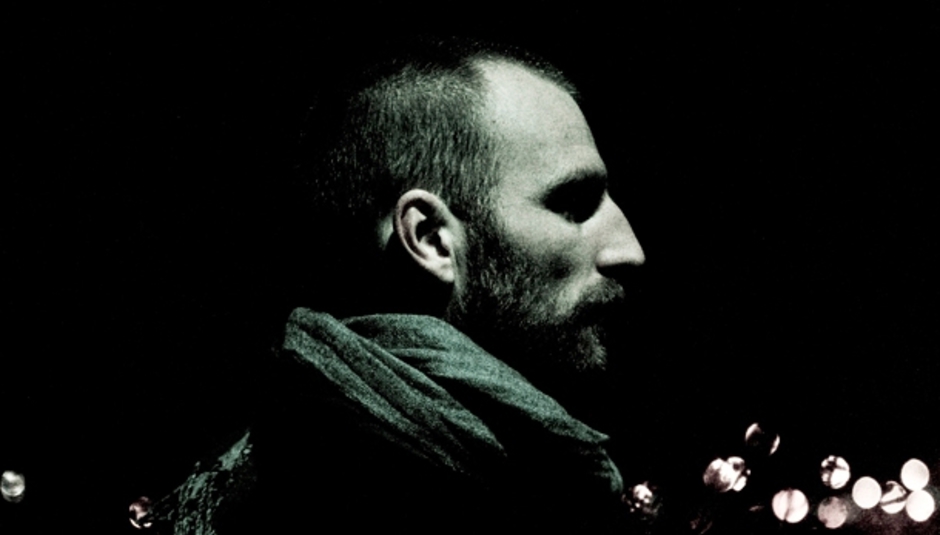 Welcome to to the fourth regular installment from Joe Marshall, focusing on the very best of ambient, drone and other assorted outsider transmissions.

Although the past month has thrown up some quite stunning records, it seems only appropriate that this month’s column begins with a brief interview with Ben Frost, a man responsible for some of the most emotionally engaging, visceral and downright essential music of the past five years. Many thanks to Niamh and Ben for taking the time to organize this.

DiS: Firstly, how was The Whale Watching tour?

BF: Back on the road alone now, I would be lying if I said I didn’t miss the company. It was great. So many great personalities all brought together. Our front of house guy is Daniel Rejmer who was the other half of School of Emotional Engineering- this tour has been the most time we have spent together in years.

On a personal level, what struck me most was the contrast within the show. Even though your pieces were relatively restrained in terms of straight up noise, they instantly felt a lot more confrontational. Was that an effect you were aiming for?

I am confrontational. It’s my nature. Going against it is ultimately not a good thing, gives me a rash and puts my back out.

You mentioned that you’ve been working on a couple of soundtracks. Can you say anything more about them at this stage?

A new feature by Icelandic Director Marteinnórsson called Rokland - adapted from the novel of the same name by the Icelandic writer Hallgrímur Helgason who incidentally was also responsible for 101 Reykjavík- a wonderful book and film. And then also later this summer, I am working on a series of short films by Marc Silver and Gael Garcia Bernal about the plight of south Americans seeking “illegal” entry into the US, for Amnesty International- I visited with him and his editor in London last week to see some work in progress... It was an emotionally leveling experience to say the least.

In a recent interview, you argued that telling an audience what image your performance should invoke is insulting to them. Has that view been difficult to reconcile with your work on these soundtracks?

Not at all. Scoring an image, or moreover a narrative, is a completely different process to putting images to live music- I am there to support something and go into a dialogue with it which is a far cry from screening images of running water behind some shoe-gazer emo shit. And also for the record, I tried it. I am totally and utterly guilty- I succumbed to the idea a few years back now, like every other douche bag -and I felt like I had just fucked a whore afterwards.

I don’t want to be on the record as the guy who hates video and its relationship to music- I just think that its lazy, but that is not the case at all for say, Carsten or a lot of the Raster Noton label- that shit is hardcore, and then even further, people like Ikeda or Robin Fox are pushing the relationships between music and image to scary, incredible new places.

Have you seen Robin’s stuff?

In his case particularly the sound is more informed by the image than the other way around, I mean the guy has fucking lasers pointed at the walls in his studio- and is creating recordings from a purely visually orientation. Working with him on the few occasions I have had the honour, and being able to see my work quite literally become “visual” through his mastery, it was one of those moments where I really was thinking " I can not believe I am being paid for this". Mind bending. I was really affected.

On that note, are you ever wary of explaining the ideas behind your music in too much detail, in case it becomes too didactic?

Most articles seem to refer to your music as ambient – is that a term you’re happy to be associated with (if not, I might have to change the name of this column)?
Do they? I am done trying to label my work. If you want to associate my record, something created in 2010 by a guy born in 1980 with a phrase coined by Brian Eno in the 1970s, I am not going to stop you- but suffice to say I think its missing the point entirely.

My music is totally and utterly visceral. That is all.

Unlike Frost, Cleveland three-piece Emeralds are a group who unabashedly draw influence from the past and Does It Look Like I’m Here?, their latest full-length on the slightly incongruous home of Editions Mego. More concise than previous offerings, the record veers between astral spirals of synth, glistening guitar meditations and huge arcs of truly celestial vocals. Certain parties have suggested that the group remain better suited to long-form compositions – and perhaps it’s no surprise that the album’s standout cut is 12-minute centre piece ‘Genetic’ – but overall, Does It Look Like I’m Here? represents yet another stunning addition to Emeralds’ already impressive catalogue.

Quite obviously less enamored with concision is Cameron Stallones, whose latest record under his Sun Araw moniker, On Patrol, is another extended exercise in narcoleptic jamming. Quite evidently, Stallones’ maximal approach to composition can on occasion be a bit hit and miss, but the humid guitar licks, wandering synths and narcotic paranoia of On Patrol sound, to these ears at least, like the perfect soundtrack to yet another muggy, uncomfortable British summer. And, let’s be honest, the dude works a pretty nice line in killer cover art.

On a significantly lower profile but no less fascinating tip, Portuguese ambient pop musician :Papercutz has commissioned a remix album of his work which reads like a who’s who of contemporary drone. Remix records are often, by their very nature, frustratingly inconsistent, but thankfully Do Outro Lado Do Espello represents a notably coherent and engaging exception. More specifically, Jasper TX’s contribution provides a masterclass in submerged, yet emotionally arresting, washes of sound, while the quite heart-breaking Simon Scott offering is amongst the finest pieces of music I’ve heard this year; don’t let this one pass below your radar. Scope the lovely Helios remix right here

Finally, although it seems as though I provide some sort of Erik Skodvin-related news every month, it would be remiss of me not to mention that he’s made available a pretty breath-taking, limited tour CDr of outtakes for purchase from his myspace. Check out the sprawling ‘Lost In Endless Arms’ right here:

Apologies for the relative brevity this time around (it’s been quite a week for me, one way and another), and rest assured normal service will resume next month with a look at, amongst others, the quite astounding new record from Oneohtrix Point Never. Many thanks, as always, for reading and see you next time…