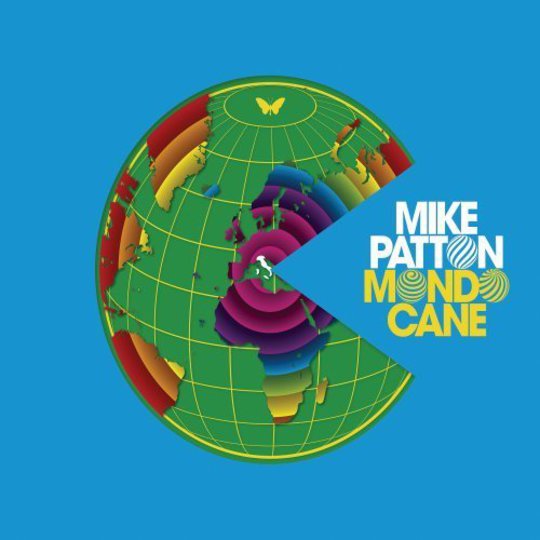 There’s something of the curio about Mike Patton’s latest record, and in some ways it seems that much of his career post-Faith No More could be construed in similar terms: a series of trinkets to be dragged out for party conversation with the ‘right’ crowds.

And although I’d place myself defiantly in the camp of the Patton faithful, who’ll defend his every lurch left or right (and these days, it’s definitely more often left than right), it’s difficult to respond to those who comprehend Patton as something of a dilettante given his furiously varied and numerous output: a dash of furious noise here, a dab of hip hop there, a splash of free jazz to round things off. And that’s without even mentioning the surreal, yet strangely comforting, fact that it was Patton’s vocal chords behind the distorted moans and groans of the zombies in do-no-wrong video game maker Valve’s Left 4 Dead.

Because the fact is that Patton’s diversity and work ethic, which shine through his various projects, guises and aliases, are exactly what makes him so infuriating. One man’s defining image can just as easily be another’s misguided foible. And as already alluded to, Mondo Cane is something, or nothing of both, depending on your viewpoint.

And, like every Patton project, there’s a shot of authenticity running through Mondo Cane. Patton was married to Italian artist Titi Zuccatosta and owned a house in Bologna, and as demonstrated by the fairly flawless (according to our friendly neighbourhood linguist) pronunciations, is entirely fluent in Italian. But fear not, Pattonites, this is far from a faithful re-working of old material, containing as you might expect, the vital spark of personality running through the arrangements. Whilst I cannot claim to be even slightly familiar with any of the source material, I’d hedge my bets that the Blackmen’s original ‘Urlo Negro’, which rides forth on furious galloping wardrums, wouldn’t sound quite the same as Patton’s howling take on it, nor would ‘20Km Al Giorno’ sound like vaudeville re-imagined via California-era Mr Bungle creepiness.

And indeed, it’s California’s lighter moments which are most brought to mind, whether it’s the high-kicking cartoon brass of ‘Che Notte!’ punctuated by Patton’s circus ringleader airs and graces, or the eerie mariachi trumpet intro to ‘Quello Che Conta’. The same refrigerated, stylish slink haunts many of the pieces, the same gonzoid spirit lurking around every corner of every piece. Between the extravaganze of swooning orchestral pieces such as ‘Senza Fine’ and swanky numbers ‘Ore D’Amore’, which feels like it should have walked right out of Werner Herzog’s hopefully forthcoming re-imagining of The Godfather, there’s a lot of Patton in these classics. Witness the mangled surf guitar which lurks around the back the bossa nova of 'L’Uomo Che Non Sapeve Amare'.

The album’s wackiest moments actually come at its most authentic: the delicately and eloquently phrased ‘Scalinatella’, which finds Patton wrapping his tongue around twisting Italian verse, is somewhat lost in translation, even if it’s nice to imagine Patton plucking a solitary guitar in some dusty Sicilian lemon grove and lamenting a lost love. It’s moments like this that a lack of familiarity with the originals can start to frustrate: it’s all very well re-imagining hitherto unexposed sounds (indeed, Madlib’s practically made a career out of it), but when they’re this stripped down, there’s little to be taken from the music or even the teasing melody.

And funnily enough, given that this is man who once said he worked more with the sound of a word rather than its meaning, it’s little surprise that Mondo Cane is an album that – 65 piece orchestra or not – is built around Patton’s personality and voice, rather than his lyricism in the traditional sense. It’s this continuity which lends it an appeal beyond mere authenticity and curiosity, to the listener prepared to devote a little time and dare I say it, research, into the album’s background and source material.

That most won’t, and will probably add Mondo Cane to the growing pile of Patton projects collected by those who relish the glory days of Faith No More or Mr Bungle, is more the shame. Because Mondo Cane, given the effort and energy put into it, seems to be a project much closer to Mike Patton’s heart than might be initially imagined, and serves as yet more proof that his talent and his breadth are perhaps indeed ‘senza fine’.