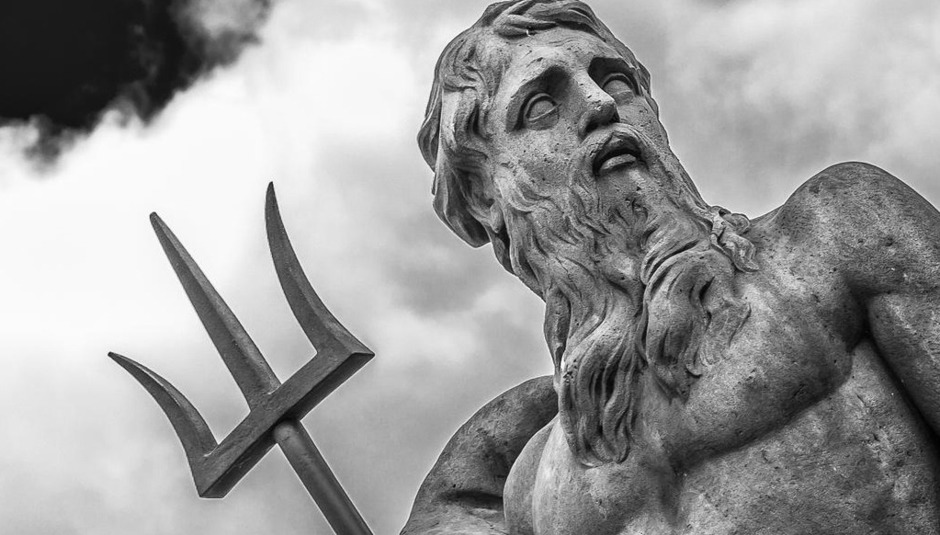 For the past few years, DiS has put together a list exceptional British records that didn't (but maybe might have done if they could afford to enter or the wind had blown in their favour) made the Mercury Prize shortlist and we're doing it again this year.

This annual album prize started out as a reaction to the official Mercury (it was all a bit 'wot??? no Wild Beasts?!??!' first time around) but this isn't some super-serious 'alternative' to the official prize, we merely want to highlight some albums that we - the DiS staff and readers - love. In essence, this whole Neptune Album Prize process is DiS double-underlining some must-hear records and then putting a few stars beside one record at the end of it. Hopefully this award will once again lead to some of you discovering some of these remarkable records if you haven't already done so (or perhaps lead you to revisiting the ones you didn't give enough time to when they were initially released).

However, unlike the Barclaycard Mercury Prize, we have no entry fee, we simply rely upon the DiS community to nominate albums for the longlist. This list has been chopped down to 13 albums and you can find more about the process, as well as a Spotify playlist of album streams, beneath the list of nominees.

This year, we have made one small change to the Neptune Album Prize. Rather than the flawed democracy of a public vote that becomes a teeny bit biassed by which act is best at rallying their fanbase on social media, we've assembled a distinguished panel of judges who will spend October listening to the nominees and after some debate, they will each nominate a winner and after some debate, we will reveal the album that The Judges feel is the best of the bunch. The winner will be announced on October 30th at the DiS 13th Birthday party at the Strongrooms in East London. The party is free for any readers to attend if you so wish (we're basically getting drunk in a pub whilst some acts we like play and some DJs spin some tunes... but you can wear a suit if you like!).

For 24hrs we're allowing the DiS community to vote for their pick (more details here). We've put all of the available albums on Spotify into a playlist if you fancy listening and picking your favourite:

Phase 1 - The Longlist: A few weeks ago, we asked YOU, the readers of DiS, for your suggestions of albums you felt would be on the Mercury Prize list if you were the one compiling the list. We stuck to a similar criteria as the official Mercury list (i.e. releases by British acts released between the first week of September 2012 and the first week of September 2013) and excluded things on the official list (love you Villagers, Jon Hopkins, etc, etc...) The above list of nominated albums is our shortlist. There was an epic longlist of all of your suggestions, which DiS' editor has spent the past few weeks ploughing through to create a shortlist. The shortlist was discussed amongst the DiS staff members on the judging panel and whittled down to a baker's dozen of 13 albums (it's our 13th Birthday this month, so it seemed a fitting number).

Phase 2 - The Judging: The judges have now been sent the albums to listen to. Feedback and preferences will be totted up via email, and some boozy debates will happen over email and Skype to agree on a winner. The judges will be looking for their favourite record of the 13 nominees, as well as the one which has most surprised them that they feel perhaps deserves a little more attention from the DiS audience.

Phase 3 - The Announcement: On October 30th, we will announce the winner at our DiS party at the Strongrooms in East London (details here), which features a performance from one of our guest judges' bands (Ghosting Season). Some of the nominees will be in attendance too.

Plus we'll be doing a poll of our full team.

Ed Harcourt: Songwriter, musician, Mercury Prize nominee, and ale brewer. DiS' editor manages Ed, therefore his sixth studio album Back Into the Woods wasn't eligible for this year's prize, so we asked him to help us judge.

Gavin Miller (Ghosting Season/worriedaboutsatan): Gavin has been a regular of the DiS community for many years and his band have been championed by our staff and readers. Their most recent album The Very Last of the Saints (DiS review) missed out on eligibility for this year's prize by a few weeks.

Mat Osman (Suede): As the bassist in Suede, Mat has also been nominated for the Mercury Prize in the past. What you might not know is that Osman is also the London editor of le cool and based on this recent list he did for the Quietus, he has an ear to the ground and impeccable taste in music. (Please note: DiS decided Suede's latest album Bloodsports wasn't eligible for the Neptune as DiS is part-owned by Suede's management company).

DiScuss: Who do you think will win? Who would be on your alternative Mercury list? Who do you think should win? 'How did you fuckers forget Frightened Rabbit, Forest Swords, Franz Ferdinand, Frankie and the Heartstrings, and bands who don't begin with an F, such as...'?