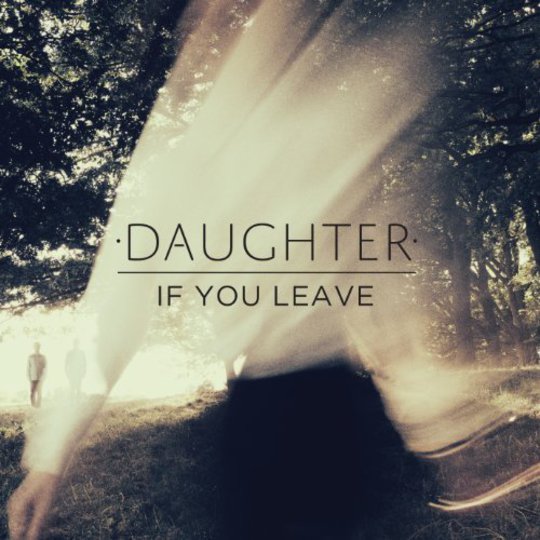 Despite its many virtues, the digital era has had a fairly negative impact on the western world’s attention span. Thanks to back catalogue-swallowing jukeboxes like Spotify and Soundcloud, shifting focus from track to track, album to album or artist to artist has never been easier. In this age of eternal distraction, rarely does a collection of songs come together to ferment in the ear canals for longer than a few spins. When it does, it’s usually something special. Something like If You Leave.

Based around ten beautifully crafted cuts, Daughter’s debut longplayer is an engrossing and deeply moving affair. But this mesmerising listening isn't purely based on the sounds it makes; it’s just as much about the ones it doesn't. By exploring and executing periods of momentary silence, Daughter create a series of tragic atmospheres - amplified by Elena Tonra’s bloodied and sensuous crow – that ranks amongst the year’s saddest and most desperate sounds.

For a record crafted by just three sets of hands, it’s an expansive and, at times, strangling experience. Initially thread bare, ‘Lifeforms’ open up like a butterfly, wafting great swarms of melody that sound huge and hopeless in equal proportion. This despondent air seeps through the misery-strewn ‘Youth’, where Tonra opines: “And if you’re still bleeding you’re the lucky ones, because most of our feelings, they are dead and they are gone”.

Such psalms are steeped in isolation and emptiness, but they’re guided deftly with a thrilling sense of drama. Album opener ‘Winter’ sets off on a slow barge of melancholic chords and Tonra’s sweet vocal glide, before leaping in to a post-rock thrum led by brutal, jarring percussion. The suffocating ‘Touch’ sketches similar motifs with its dank, echoing chamber of drum machine and overbearing guitar, conveying coyness and savagery as one unified whole.

Across these ten cuts, Tonra’s presence is hard to ignore. Her vocal wears the after effect of toxic romances and each monochromatic arrangement provides a platform from which to bear her scars. ‘Smother’s thick, cathedral synths and gentle guitar amplify the ache in her weeping tones, while ‘Tomorrow’ harvests a barren landscape for her mournful lament. Likewise, the thud of distant drum that spines the magnificent ‘Still’ enables her sharp staccato bursts to hit a mark lying between apoplectic rage and heartbroken despondency.

With its quilting, cloud-bursting acoustics, album swansong ’Shallows’ eventually wipes away the misery like the rising of an early morning sun. After being dragged through the emotional wringer for almost an hour, it’s a moment to cherish. Because an album as beautifully conceived as If You Leave is one you follow from start to finish, riveted by the story it weaves and the emotion it bleeds. And in these digital days that feels like a remarkable achievement.