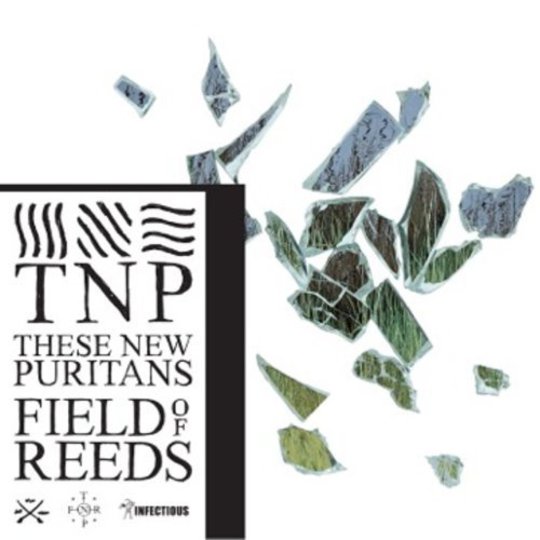 How do you follow a masterpiece? After releasing Hidden to planetary acclaim, These New Puritans stepped up and laid out their blueprint: to make a mainstream pop album.

Ever the visionary, mainman Jack Barnett outlined his 'Disney pop' concept in bold terms, even suggesting he and brother George were to relaunch brand Barnett as a Svengali duo. The band, as bands do, let these ideas lurk around awhile, watching them trickle through the appropriate channels and maybe slightly enjoying the attention.

Shortly after introducing to the fold Elisa Rodrigues, a Portugese fado/jazz vocalist, and playing some decidedly unpoppy shows with the Britten Sinfonia, they furnished NME with news of the grand fantasy’s abandonment. 'I’ve realised I actually hate pop music,' said Barnett, an exceptional avant-pop pioneer but perhaps mediocre conversationalist. 'Most people don’t like good music so there’s no point trying to do something for them.'

You can’t fault the observation. Thing is, Barnett inhabits a pretty tiny pool of pablum-pop detractors who, in advertising their superiority, actually possess the necessary credentials to avoid sounding like preposterous knobheads. Among its popular ‘art-music’ counterparts, Hidden is a work of embarrassing new-decade magnificence, a singular record that nails the banal apocalypse of our times.

Three years on the Field of Reeds cast-list suggests an odyssey of equal and opposite proportions. Elisa Rodrigues, Shiloh the hawk, basso profundo Adrian Peacock, Roy the glazier - all these make the cut, as do various composers and soundtrack artists. Sure enough the record is epic, brave and divisive, sufficiently conceptual and vast to invite comparison to Talk Talk’s Laughing Stock. It’s a thing of few choruses and much abstraction, structures meandering and alpine, a confusion of sustained brass notes and drawn-out intros. At times there is breath-snatching pomp. Others it’s like watching The Thin Red Line in slow-motion.

Not that the record drags - not nearly - but nor does it overplay its hand. In Barnett’s voice there is awed discomfort, something secretive and reluctant. His presence in the mix is modest, reverent - insignificant almost. The vocal is tented by threat-factor arrangements that feel delicately oppressive yet somehow enwombing, maternal. When Rodrigues joins the fray there persists a subtle emotional tension. 'Operatic' is a tempting descriptive, but what resonates is the timidness, the ordinariness of Barnett’s sing-speak - a kind of wannabe-heroic snarl that grounds you in the everyday like opera cannot.

As is the wont of remarkable art the LP provokes a deep analysis that seems superfluous yet somehow inevitable. So let’s cut to it: by Barnett’s admission, Field of Reeds comprises a trio of three-song suites. Without getting too theoretical we can trace a musical narrative anchored in the Thames estuary islands of their native Essex - a subject hinted by Barnett before the pop thing came up - through suites one (environmental harmony) two (technologic intrusion) and three (flawed utopia).

The first suite, faultless in content and execution, applies a theme of memory to organic instrumentation. Opener ‘This Guy’s in Love With You’ sees an unidentified woman approximating the song’s namesake, a half-remembered melody over softly-softly strings, tetchy trumpet and a two-chord piano motif later pulverised on ‘V (Island Song)’. Then there’s ‘Fragment Two’, where the island setting meets otherwise scattershot lyrics (“In crushed glass / Where the train line / There is something there”) in a fractured 7/8 time signature. Besides the title, the composition of ‘Fragment Two’ suggests the reconstruction of fragmented memories, more a splicing-together of neoclassical piano works than conventional song.

Which tells us what? Well, maybe this suite is the future’s view of the past, a doomed attempt to reconstruct some partially-remembered world of environmental euphony. Take ‘The Light in Your Name’, a co-write with Dutch composer-director Michel van der Aa, which represents the opening segment’s climax and transitions the album from tranquility to disarray. There are incongruous cyber-blips, punchbag drums and galloping war-horns that invade the established safeplace. “All the waves’ll spin, don’t let them pull you away,” groans Barnett, backed by his me-and-this-army orchestra. Key here is the wordplay on ‘waves’, its natural and technological connotations in conflict. It’s a bleak juxtaposition: in one sense the subject yields to the inhuman pull of technological progress, while in the other she’s literally tugged underwater. In a world of hypertechnology, hyperdespondency and hyperactivity - how many open tabs in your browser right now? - you kind of take the comparison.

‘V (Island Song)’, the first overtly electronic track, sees increasingly violent synth pulling away the piano’s centre in a lurching particle rush. After the Britten-esque psych-crisis of ‘Spiral’, ‘Organ Eternal’ is a crash of innercity technology, invasive driving synths mimicking the unshakeable presence of waves and radiation. Again irregular time signatures create cognitive dissonance, though rather than hinting a false reality as on ‘Fragment Two’, here it denotes irregularity in time’s actual passage, a kind of binary discord as technological evolution outpaces humanity’s. Occasionally a counter-melody plays alternatingly on glockenspiel and xylophone; it’s another callback to island sanctuary, symbolising the contrast between country wood and city steel.

Suite three, a return to organic instrumentation, ostensibly averts total environmental crisis. While a dreamlike quality runs through 'Nothing Else’ - “I pray that just for a minute / Nonsense and meaning swap places” - and into the fuzzy visions of ‘Dream’, the latter concludes in distress, bathetic horns spiralling into clattering cymbals. It’s a dystopian culture shock that jolts us back for the final, titular showdown. By turns murky and transcendent, ‘Field of Reeds’ is a sort of sad-happy choral dirge epic. Its opening minutes possess no small sense of foreboding. And not without reason: one third in, Barnett delivers his closing lyric: “I am in the wrong place,” he rasps absurdly, “so I will go awaaaaaaay...” At which he disappears completely. It’s a startling twist: Barnett’s self-erasure sabotages a finale that otherwise exudes natural bliss - albeit with its own, adjusted take on nature. As the coda prolongs into a spiritual swansong, you sense the angelic, Jonsi-esque coos are pitchshifted, the strings phased slightly. It’s as if the band reject true Nordic purity, and instead establish a displacement of nature with Barnett’s ultimate sacrifice.

The point of all which being, what? Moreover, what does it matter, the ‘narrative’? It’s a subjective, malleable thing that, like the album, will impact various listeners in disparate ways. As tends to be the case, the orientation of a listener’s opinion is less important than the fact they have one. Perhaps the great achievement is that, in delivering an album that invites close scrutiny, These New Puritans create an aural haven from the very lifestyle Field of Reeds challenges. Indeed, these songs elicit our full attention, they shut out emails and alarms and reminders and straight-up hijack your emotional amphitheatre. TNP strive to expose folly in the pursuit of human-made perfection and yet so nearly attain it. The nature of their triumph is spectacular.