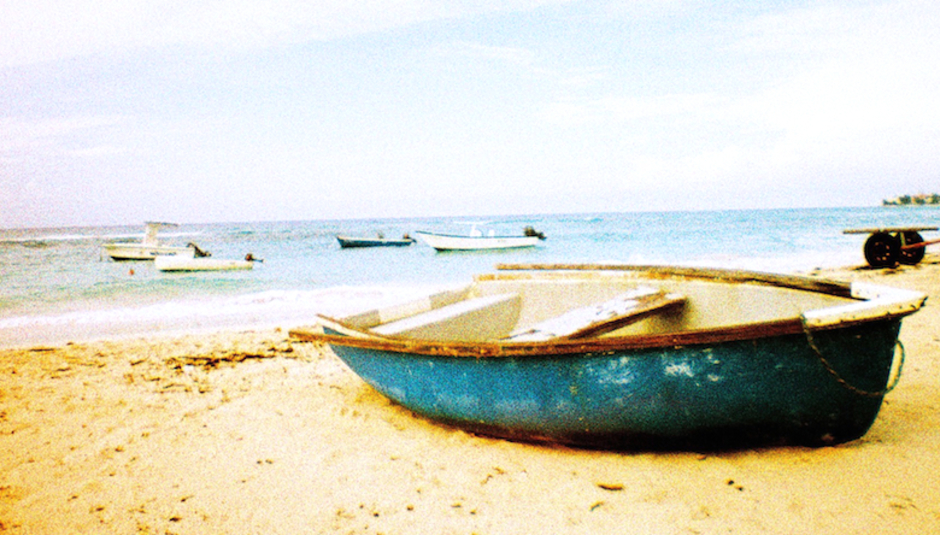 Drowned in Sound's top 75 albums of the year countdown starts here. But first, DiS' founder and current editor has his annual ponder about the year that was...

Two thousand and eleven was a year defined by embraces. Not so much romantic hand holding or manly hugs but a wide-eyed come hither gesture followed by a brief metaphorical cuddle. There was a vague feeling of everyone’s welcome, anything goes. It's almost as if the sight of Florence and Dizzee at the Brits a few years ago took collaboration of 'worlds' up several notches in terms of possibility from the RunDMC vs Aerosmith thing. Or perhaps people just got bored of doing mash-ups and remixes over the internet, and wanted to get creative and make some brave talking-point decisions IRL. Like, who’d really expect Britney to be making something dubbed a dubstep album (ok, so it ended up sounding a little more electro, like Uffie-minus-the-filthy-bits) and hanging out in Dalston, whilst every self-facilitating media node (hipster!) went out of their way to stalk the head-shaving former Disney channel child-star. Then there was blubstepper James Blake who shot to what can be described as mild fame, after getting into the upper echelons of the annual BBC Sound of... Poll before having a bro-down with his cabin-dwelling hero Bon Iver... Meanwhile, fans also seemed to take a pick'n'mix approach to listening, with even the most miserable DiS boarder falling under the spell of Nicola Roberts’ Metronomy-assisted day-glo orange drumbeat.

In 2011, collaboration and cross-pollination was everywhere, and it didn’t really seem to matter if you were from a reality-tv-show-birthed girl band gone solo, had previously sold a bajillion records or were the most credible of the credible because the “us” and “them” paradigm seemed to be over. Snobbery be damned! The barricades were down, everything was permissible. Pop or lo-fi, glitch or gwar, it didn’t matter (unless you were Lana Del Rey but that ‘discussion’ seemed to do little more than help the hum of the hyper-hype...and the less said about that KoRn-gone-dubstep record the better).

There was certainly a melting pot of genres like "sigh-fi" "cold-rave", "future-pop", "post-rnb" and "night-bus", which swarmed like Medusa's snakes in the media moshpit and in DiS users’ last.fm most played charts but there was also the undeniable womp-womp stomp of 'dubstep' which seemed to permanently emanate from every crevice of the mainstream. It wasn't so much the rumbling bass-heavy sound that defined 2011 (along with "beige pop" and whatever you call that horrific keyboard-driven Calvin Harris-ish 90s rave shite), however it was certainly - if the fly-posters for club-nights in every major UK city are anything to go by - was the year it well-and-truly crossed over and finally bumped a lot of the hard house hangers on outta the way. Twas also the year the dubstep genre fractured in definition, becoming an almost rock'n'roll-esque umbrella term, meaning many different things to many different sorts of people.

In much the same way all that regressive landfill indie (Razorlight, The Wombats, et al) dominated a few years ago, whilst the likes of Bloc Party and Foals flew semi-below the radar; the critically celebrated outsiders of this year’s dominant whateveryoucallit ‘sound’ - acts like Rustie and Zomby - blew some of even the most guitar-saturated minds with their heady mix of bassline, junkshop post-dance and sophisticated swathes of sound. In fact, it was layering hazy hues of synths and atmospheric ambience (often misfiled under post-dubstep and chillwave) which stole my heart this year - and many of our readers’ and writers’ too, if the votes that contributed to this list are anything to go by (how we approximate and unscientifically do this list is vaguely explained here). It seems odd that albums as rich and haunting as John Maus', Nicolas Jaar's and as beat-witching as Kate Wax's Dust Collision can be found languishing toward the lower end of our list but it’s also testament to what a terrific year 2011 has been for music, in all its ebbing shapes and dizzying sizes, that records like these have slipped through the cracks and not won the hearts and minds of more of our staff. Of course, you could factor in release dates (sorry Los Campesinos! we shoulda waited a week or two!) and there are a myriad of other reasons why some of these haven't 'done better', as it were. Then again, some of these records are nowhere to be seen on the year-end lists of many of our media peers this listing season, which further underscores how the Class of 2011 produced a crop of releases to an insanely high-standard.

To sum up: If I was to oversimplify and really try an' pin down what our 2011 year-end list says about 'the world of DiS' and the state of music in the twelve months past, it would be that it was hard for anyone to truly stand out due to the sheer volume of quality releases fighting for our time and attention. In fact, we could probably have made this a top 200 list of our readers' and writers' favourite longplayers of the year and there would still be things of note we’d have left off. So as much as the mainstream’s relationship with what was once an underground movement has defined this year, the fact that DiS staff and more of our regulars are yet to find the time to really embrace more of these albums is a crime, and one which will only get worse when 2012 serves up lots more great new records but let's not wish this year away, just yet...

Our editor's analysis of the year continues this afternoon, alongside part two of our list, counting down numbers 49-21. On Wednesday we'll reveal 20-6 and on Thursday our five favourite albums of 2011 will be published.

DiScuss: Predictions for the rest of the list? Which of these is far too low? Which is far too high? Can you spot the two artists who've previously topped our list who didn't do quite so well this year?