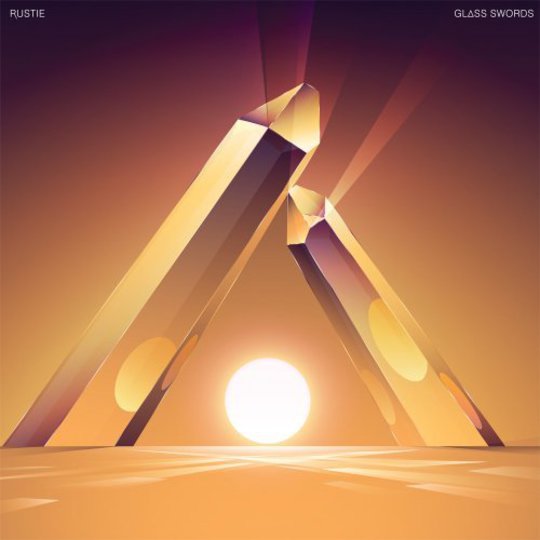 I’m sure I’m not the only one with a friend who just doesn’t like electronic music. There are plenty of these folk about, who praise the guitar like it’s some kind of stringed deity and become enraged by even the thought of a track dependent on beats and bloops. They claim the music of machines has no soul.

My attempts to convert such people have previously relied on poncey statements about nostalgia-inducing graininess or the infinite, wonderful possibilities afforded by sampling.

No longer. Next time someone tries to tell me electronic music is a dull, artless listening experience, I’ll give them a slap, tell them to zip it and listen to Glass Swords.

The debut album from Glaswegian producer Rustie is infused with a reckless, thrilling vitality. It is an irrestible, irrepressible record, coursing with adrenaline and shot through with strange, alien vibes. It may be the most fun you can have with a pair of speakers this year.

Like many children of the Nineties, Rustie is seemingly informed by the comforting glow of the Mega Drive and the nascent, halcyon years of 3D video games. These digital memories bleed through, feeding the album’s hyperactive, almost garish approach.

Remarkably, Glass Swords’ overloaded palette is not a turn-off. Rather the constant, bubbling stream of noise is a source of delight. Rustie throws seemingly random elements into his tracks in the manner with admirable zeal, always opting for the outsized and embellished. Fourth track ‘Hover Traps’ bombs along on the back of an audacious bass line that can only be described as Seinfeld-esque. ‘Ultra Thizz’ is a relentless, intoxicating swell of synth stabs, pounds, and flurried squeals. ‘City Star’ is a doom-laden, rumbling piece, driven by a roiling undertow that threatens to suck you into oily depths. On Glass Swords, such entertaining boldness is the norm, not the exception.

Equally impressive is the fact that this formula (or lack thereof) never grows tired. Thirteen tracks of excess could easily have been a recipe for sighs, but instead it is consistently addictive and grin-inducing. Perhaps the real key to its success is its coherence, elevating it from competent collection of tracks to something more complete – a hefty, proper album, boasting depth and hooks in abundance. Compared to Siriusmo’s Mosaik (released earlier this year), which shared a similarly zany, almost whimsical approach to club music but was far more scattershot, Rustie’s debut can legitimately be considered one of the finer electronic records of the year.

It can occasionally be overwhelming, even amusing in its sheer sugar rush excess, but to suggest it is lightweight or throwaway would be folly. This is a dense, rewarding – and yes, fun – record. It is the realisation of possibilities, an example of the unique thrill electronic music can offer. Not bad for a debut.