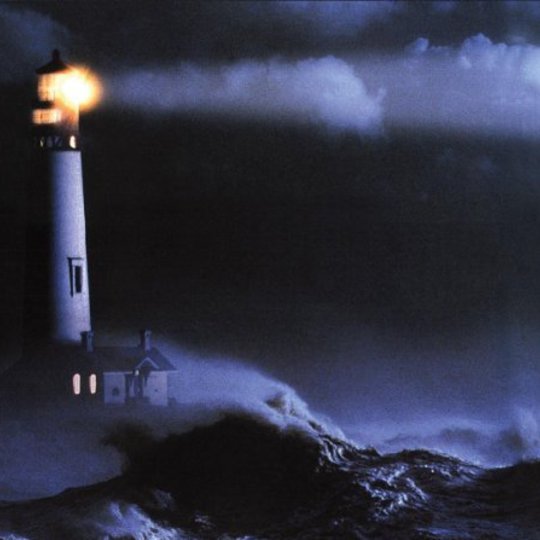 With its cascading, thick layers of synth, ‘Streetlight’, the opening song of John Maus' third album We Must Become The Pitiless Censors of Ourselves plunges its listeners into the Eighties - but don't be deceived. And although next track ‘Quantum Leap’ shimmers like electric dreams and its lyrics offer a beguiling retrofuturist mantra “Heart to heart/mind to mind/we are the ones who seem to travel through time” – don't be deceived. And even though ‘Head for the Country’ seems to instead head straight for the dancefloor, tinkling in with nigh-on Stock Aitken Waterman keys before swerving into big-budget sci-fi soundtrack territory, don't be deceived. And yeah, even if ‘Copkiller’, with baroque synths flittering away over a gloomy melody and Maus' notoriously deadpan voice intoning: “let's kill the cops tonight” has a spectral old-school video game vibe to it, you guessed it – don't be deceived.

Even if everything about We Must Become... bloody well screams Eighties synthpop – you know what I'm about to say. Because John Maus, armed with a PhD in political science and far more ability to sound like Gilles Deleuze than your average musician, emphatically decries being time- or genre-bound. 'If I proceed towards the truth of pop through a harmony arising from the church modes, this is not because the Eighties influence me,' he says. While I won't yet attempt to talk about him proceeding towards the truth of pop (that comes in the next paragraph), We Must Become... is indeed full of harmonies that nod to the awe and mystery of church modes – synthpop being, he points out, a particularly 'ethereal modality' – but in the world according to Maus, 'the Eighties are insignificant. What is significant,' he continues, 'is what resists such structures of classification and identification. Proceeding towards a truth is not the specifying of a personal, ethnic or historical particularity, it is the invocation of a universal sameness.'

Okay. So as much as I see We Must Become... as a collection of adventures in synth, drenched in reverb and delay, crackling with visions of utopia that bring to mind the best kind of sci-fi soundtrack music, Maus has loftier ambitions. I know it's not necessary to dive into the academic backstory to the album, but he's excoriated critics in the past for using piss-easy reference points (in relation to his friend Ariel Pink's music), so I might as well have a go. It seems that he doesn't want to be tied to the Eighties because, unlike so many other current synthpop purveyors, he's not plumbing that era to evoke the kind of sexy, eerie and hopeful feelings its pop is so good at stirring up. 'I must remain ever mindful that I am not just succumbing to some pathetic nostalgia,' he says.

Instead, as far as I can gather, his project is to bring forth states of subjectivity – both in the creator and listener – that exceed those determined by the dominant musical form of a historical period (so for us, this would be the subjective states brought forth by pop music). Why? Because only through the 'excessive affirmation' of particular aspects of pop music can we make it as radically expressive as previous musical languages. And this radical expression is the shit, of course, because it creates immediacy, intimacy and a pure, true link to music's universal power. Heady stuff.

Maus's theory of musical truth is much more complicated than my two-bit description, but it will do for now. Though it's probably worth bearing in mind that the particulars that need to be 'excessively affirmed' in pop music to transcend all its conceivable limits are, according to Maus, cool technologies like synths, and, the more abstract ideas of 'standardization, materialisation and multiplication'. But it's not clear if Maus is trying to carry out this project of excessively affirming them in We Must Become..., since he highlights them in reference to Ariel Pink and R Stevie Moore, and besides, it's beyond the scope of my soft post-academia mind to figure out if so, how (though the formulaic, repetitive nature of his music and lyrics would be a start when it comes to standardization and multiplication).

In any case, he's no doubt gunning for some kind of musical statement to match the theory. Following Deleuze, he's said that because pop music is a 'living language', it's the task of artists to do the most radical thing with it; make it as poppy as possible. So, presumably, the poppier Maus' music is, the further along it is towards the 'infinite progressive purification towards its truth', and therefore, the more transformative it is. I'm not sure about this. Of course, I can see how pushing at the contours of the current dominant form can lead to something new, but to be honest, I want to read more on how he thinks this works. Apologies to those who don't – well, presumably they've stopped reading this already.

Yet Maus doesn't seem to be so sure about his theory himself anymore. In a recent interview, he's said, 'I just hit the wall with this wager about pop. I'm not sure it's the way to go. I think it's been stupid of me not to reach out more towards exploring.' So ears tuned for whatever the fuck he decides to do next. And in the meantime, moving from transformative musical truths to sheer enjoyment, the album remains a corker. It takes a few listens to get into, as it's disorientating and brash; but, with only two or three tracks missing the mark, and the rest perfect examples of synth-as-joy-producing wonder drug – especially closing track ‘Believer’, which, as an anthemic, pounding homage to Jackie Chan, is easily the best song of 2011 – Maus should go easy on himself. He's done alright.