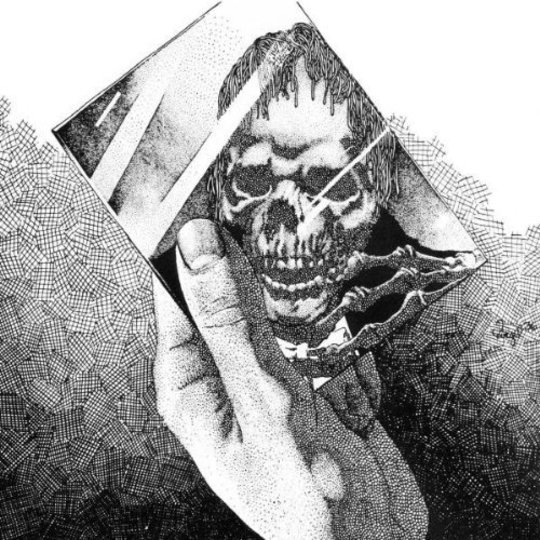 It’s impossible to just flick through Simon Reynolds' Retromania. It’s a dense beast of a diatribe, a dissection of ‘pop culture’s obsession with its own past’. That’s its subtitle, in fact. It’s something that requires a wholehearted belief more than just a fair-weather assumption when it comes to the theories and references involved. In fairness, for the most part, Reynolds’ arguments and reference points are bang on. However, there are bound to be some that don’t always stick to his template.

If anything, Daniel Lopatin’s Oneohtrix Point Never thrives on pushing Reynolds’ theories to their extremes. His lauded canon, especially last year’s Returnal, is an example in subjectively finding solace, however meek or grand, in sonic minutiae. Whether tagged as ambient, drone or the outlandish hypnagogic pop, Lopatin has carved a worthy niche for himself in the alternative underground, both under this alias and with sonic partner-in-crime Joel Ford as Ford and Lopatin. Replica - 'an electronic song cycle based around lo-fi audio procured from television advertisement compilations' - rests comfortably on Lopatin’s warped take on his predecessors. Influence, however disparate, is always apparent;. But there’s a sense with Replica that its simplified approach may better reward listeners.

Where his previous collections, Rifts and the aforementioned Returnal, thrived in a near abyss of blistering synth patterns and conquering noise, Replica remains subdued and solemn, teetering on the edge of a gaping vacuum of sound. Its double-pronged opening of ‘Andro’ and ‘Sleep Dealer’ go to show as much. Slowly raising, angrily, out of a smoky slumber, their at once depressed and downtempo swathes of noise and samples prove that Lopatin’s angle towards overt poignancy is not without admirable knowledge to back it up. This newly repetitive nature of his art, founded on a selection of Eighties and Nineties TV advert samples, thrives on emotional tangents. Where tracks like ‘Power of Persuasion’ stare into a terrifying tsunami of arpeggiated piano noise and apocalyptic drones, there is always a counterbalance to soothe. ‘Remember’ follows it up with a sliced up R’n’B vocal, engraining itself deep into the synapses, whilst the title track demonstrates his tenderness, as a sullen piano line finds beautiful companionship with a its synthetic sibling.

Considering the muse of Replica was as seemingly simplistic as a selection of cheesy, polished commercials, it’s a potent demonstration of Lopatin’s ability to find and weld such diverse and riveting noise. It doesn’t renounce any melodic element, either - there is a romantic sense coursing through the entirety. It is only once closer ‘Explain’ shows itself that a sense of familiarity returns. As a chorus of synthetic windpipes sings its morning tune, a synth riff befitting of any Brat Pack film appears from nowhere, triumphantly heralding a glorious ending to the album’s journey.

That ending may just be proof that all of those theories of Reynolds, and many others beyond just his disciples, could well be correct. There’s no escaping the fact that we are a generation imbibed with retro tendencies. Some of the album triumphs of this year have been blatant in their near plagiarism. But negating the fact that there can be ornate and thought-provoking creativity that can be applied to that sort of thought process is naïve. Oneohtrix Point Never has gone further than most, especially with Replica, in proving that our heritage doesn’t always need to be ‘rehashed’ to be replicated with real style.