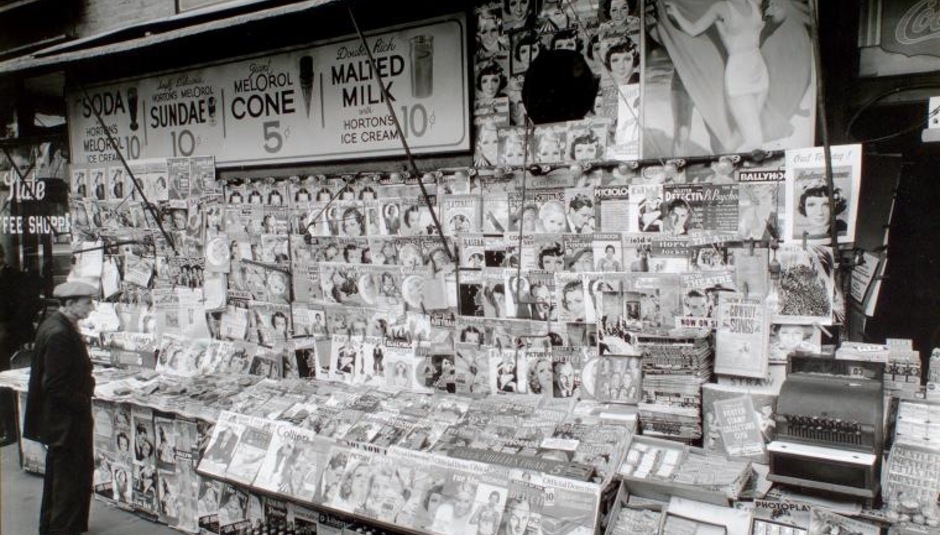 NewsRound: The first quarter of 2010 in NEWS

THIS IS THE NEWS. Or it was the news, being a compilation of some of the most noteworthy stories of the first quarter of the year and the first...umm... 0.3333333 2.5 per cent of the decade (GCSE Maths, Grade B since you ask), if you want to get decimal about it all. Unfortunately, so far this year some of the biggest stories have also been the saddest, with three of music's brightest stars being lost to us forever, save through their music.

Click on the headlines to visit the original article, if you fancy it. In no particular order... Yeah, sucks to kick off the list with such a tragic death of someone so talented, but that's just how this year has been going. Not that he was an inspiration to millions, or was ever going to sell a gigantic bunch of records, but those who saw Jay live or indeed heard any of his records knew that he had something else. There's a ton of his fuzzed-up punky-pop available, even on Spotify, and you could do worse than sit through a few of his records.

This was...a strange one. We weren't surprised that Dion Dublin has an interest in music, though it must be said that most footballers have abysmal taste. It was more of a shock, however, to find out that Double D had been working on 'The Dube', a musical instrument which appears to be a percussive cube. Coming in a variety of colours but not sizes, it's as baffling as it is amusing. I'm following him on Twitter and he seems to think it'll be out sometime later in the year. If our ears weren't alerted (by someone on these boards) to the fact that Florence's 'Rabbit Heart' - or a passage contained within it - sounds 99.5 per cent like a section of Gang Gang Dance's 'House Jam' - to the lyric - then we might not have picked up this story with such interest. She claimed it was an homage to the NYC group, and a mistake that they weren't credited on the record, buuuuuuuuut this doesn't do much to dispel the claims that she's taking/borrowing/etc. bits and bobs from those with more talent...

The fact that Ellie Goulding won the BBC Sound of 2010 poll isn't a massive story in itself, nor is it particularly significant. It does, however, say more than a lot about the state of some parts of the music industry, and her anointment to higher levels left not much more than sheer bemusement, especially for someone who quite often sounds like Minnie Mouse. As did the - rather protracted - news that the BBC Strategy Review recommended the closure of 6Music. A lot of people disagreed. Plenty of folks hadn't heard of 6Music until this. Some of those who had protested. Adam Buxton mockingly challenged Mark Thompson to a fistfight, live on Channel 4 News. Ed Vaizey came out of it all looking like a bit of a prat. The fight to save 6Music goes on. As does the search to find pictures of Thompson raising the bar for 'looking like a smug bastard'.

Although Ben Folds' take on the Piano Improv via ChatRoulette thing wasn't quite as good as the original - and best - the fact that it was included in one of his shows was a neat twist. That and the fact Ben could make a convincing double for the one and only Merton, he what did the original. Not the sort of trick which needs to be done more than once, mind.

Another fucking death. What you can say about Mark Linkous's suicide, if you believe some of the things you read, is that it was as bold as it was horrific. Still, to be remembered with a body of work like his is something a lot more substantial than the marks most of us will leave in our time. Someone, somewhere wrote a similar article with the headline "Graham Coxon and Pete Doherty have one brain cell between them" which, if a little harsh, is something I'm annoyed I didn't come up with. Neither of them do theirselves any favours, though Pete's reputation has already been cut up and mangled several times before. I felt sorry for Graham by the end of it, is that wrong? The video does have to be seen to be believed and for the first minute or two I thought Pete Doherty was a middle-aged Japanese woman.

Another one. Chilton passed away just a day or two before he was due to perform at SXSW. The show did, however, did go on.

We've been waiting an absolute fucking age for this and I'm still not sure we'll get it before Blackburn win the Premier League again.

And some other, noteworthy mentions for a variety of reasons...

R Kelly still trapped in the closet
It's true, apparently. How long can this go on for?!

LCD Soundsystem album confirmed with release date and tracklisting
There has been about a thousand of these articles on here in the last few months, but this was one which had a degree of finality to it all. Album now has a name - This Is Happening - and cover art.

New Joanna Newsom record to be a triple, watch videos of new songs
The Joanna Newsom affair was also fairly elongated in terms of time, details being leaked drop by drop. It eventually did drop, in the form of a triple album entitled Have One On Me.

R.I.P Youthmovies
They're not dead, but the once-beloved Youthmovies are now no more. You'll be missed, guys.