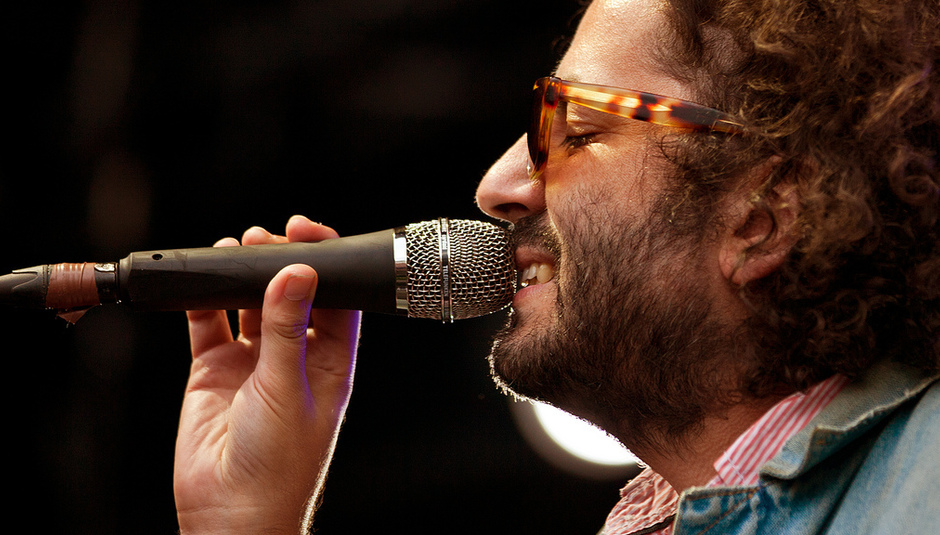 This week's Spotifriday playlist featuring masterpieces from Warpaint, Destroyer, Katy B, Forest Swords, Kvelertak and many more. Click here to listen to it.

It's not often that you get proper competitions on largely indie-based music websites. Obviously the giving away of free CDs and gig and festival tickets is fairly standard but, with the help of Jack Daniel's, we're offering you and three friends the chance to get flown to Tennessee to see some of Warpaint and a few other wonderful people perform. At the Jack Daniel's distillery.

For some people, like me, it is hard to listen to Katy B. Not for any musical reasons, but because they play her music almost incessantly in the leisure centre I occasionally visit. Still, I don't think Wendy Roby has this problem as this particular track was awarded Single of the Week. It's not Katy B's fault, anyway.

3. Destroyer - 'Savage Night At The Opera'

Destroyer's Kaputt is one of the greatest records released this year, and indeed in the past few years. As has been said many a time, it's impossible to pick just one best track or even one favourite track. They are all superbly beautiful. However, there is now an official video for 'Savage Night At The Opera', which can be viewed here.

Although not strictly an album, Forest Swords' Dagger Paths made its way into our "alternative" Mercury Prize, once again known as the Neptune Prize. Some cracking records on the list, but to find out what else is on it and to vote check out this news story.

Shimmering Stars released Violent Hearts back last week and our review of it went up this week. Paul Brown quite liked it, writing: "Yes, it’s enormously derivative, but it’s also frequently exhilarating, so who gives a shit?". Quite. Read the full review here.

The once-great Icarus Line return with a new album, too. That's called Wildlife. But is it any good? Does it hit the peaks that they reached previously? Kev Eddy thinks that it falls just short of the mark on that regard, scoring it 6/10.

Another band who can really knock the shit out of you at any time of the day are Kvelertak, a Norwegian band whose name translates as stranglehold. They can be quite brutal, and have a love for Norse mythology, which more than litters their lyrics. We saw them at Øya in Norway a week or so back, and you can have a read of what we thought.

Throwing Muses' Anthology is quite vast. There's a lot of music to contend with. Our album reviews editor, Andrzej Lukowski, gave his verdict on the whole thing over here. Yeah, it's pretty good.

Another album which is nominated for our Neptune Prize is Luke Abbott's Holkham Drones, which is a particular favourite of our editor and many of our staff members and even a few board regulars. That's the sort of thing we go for, you see. Anyway, more of the nominations can be found here. Vote over on our Facebook, too.

The National play at Leeds Festival, as well as Reading. But I'm not sure if we covered them at Reading. We did cover them at Leeds, though, and you can read a bit more about that in our blog of the festival's Sunday.

And what a track to finish up with. Bit of an emotional style title, but that's no problem to me, nor should it be to you. But yes, it's good news that Ben's new record, Solaris, will be getting a full release.