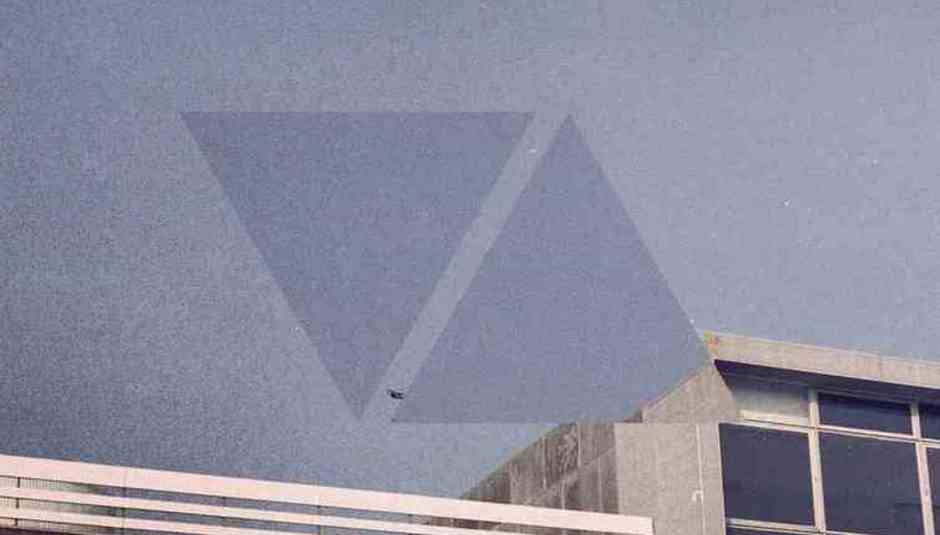 Having played The Proclaimers marvellous second album with concomitant and obvious accordance to Musical Law (Thou Shalt Play Side One, Track Six, Ten Times, Before Thou Playest Any Of The Other Songs), it is hard to enjoy this week’s selection without the following – thoroughly unhelpful - question light-bulbing in my woman-mind.

‘Yes, but is it Sunshine On Leith?’

This may help explain why there is NO SINGLE OF THE WEEK.

The gold standard for music-video based, across-desk man-torture is of course Joss Stone’s miraculous Baby, Baby, Baby. An important pop artefact [poptefact? No.] as well as the Pop Video As Warning To Steer Clear Of Pop Video Concepts Arrived At After The Smoking Of Jazz Cigarettes, it is also an unfortunate thing to recall when looking at a Katy B video. What with Katy B being quite good and everything. In any event, on ‘Witches Brew’ - which is about your not listening to all the other bwoys because they don’t know nuffink because Katy B is best - Ms. B plays a well bad girl-vixen who makes a boy disappear using the iPhone camera function. And then she stands outside in the rain and at no point do you ever think ‘God, annoying’ because despite the song itself being completely six out of ten she is still impossible to dislike. It goes against all my principles to say that there is a small part of me that would quite like Katy to go a bit art project and collaborate with Of Montreal - but then I remember art project pop weirdos in ruddy face paint are ten a penny these days. And unlike those po-facers, at least Katy B looks like she is having a good time.

Let’s hope Kooky Discs is winkingly named, because anything else doesn’t bear thinking about. While we are here, let’s also hope that mentioning John Hughes / fetishising 80s American teenagers doesn’t become A Thing, because if I see one more nitwit bagsying Heathers like it was a ruddy lost print of Salo I will hit something (probably myself) quite hard. Despite my heckles being raised to turret level, it turns out ‘Promise To Stay’ was, oho, all it promised – with yes, a breathy girl-group flava and yes, a whiny plea in lieu of lyrics, and yes, all the hallmarks of Senior Prom Pop; waltzy time signatures, wooziness, lazy strums. Perhaps what marks it out is Isobel Knowles performance on the chorus, which has enough of that heartbreaky cracking so beloved of neath-mirrorball music – it’s the point at which you realise that actually Our Heroine might be a bit of a nutbag, so woe betide and watch your back, if you don’t stay.

Raffertie has noises, noises, all the noises, what with it being incumbent upon post-post-post-post-post-post-post-post dubstep these days to use as many component parts as possible. In many ways, this is dance music’s equivalent to the hair metal or industrial drum solo, with points being awarded for the sheer feat of multiples - rather than the art in which they are arranged or the joy they might provoke in the listener. So it is heartening when someone appears to be capable of doing all three like Raffertie, whose frayed synths, bleached bass and pinballing rhythms all add up to one delightful - and entirely baffling - mess of brilliant.

As I need hardly explain what ‘End Of The Night’ is about, let us turn our collective yawning gobs away and instead have some big chats about its warm sound – Smith Westerns being indebted to the sort of good, honest, metallic strum that may put you in mind of a glam rock Stealer’s Wheel. There’s nothing particularly dread about how it sounds, and perhaps it is appropriate that it has the beaming, beery air of the sort of bloke who really does get stranded at the tail-end of parties; one part giddy to one part Why Do Jokes Not Lead To Clinches; furiously spinning out the quips; don’t go yet, we’re going somewhere after. The lyrics are pretty awful but in a week as thin as this one, it’s pleasant enough.

In the same way that I am more affronted by the pathetic coyness of lads mags and their abominational ‘hand-bras’ than I am by proper, top shelf, hactual wrongness; and because I would have more respect for the Vaccines if they proclaimed - as appears to be the modern way - that they would like to smash its back doors in; and because I despair of videos in which a beautiful young woman coyly mounts a bicycle purely so you might be afforded an eyeful of utterly-quite-accidental gusset in the manner of an Elvgren pin-up; I am predisposed to hate ‘Norgaard’. Which is a song about a fashern moddle the band quite fancy. But here they are regardless, singing a song about her ‘smaller tits’ and proclaiming how they ‘want a mannequin’, in a style that recalls no band so much as Scouting For Girls. Like a berk, I have a few Elvgren women framed on my bathroom wall – less for titillation, mind, than the fact that I am amused by their expressions, the whole ‘Oh dear, you appear to have caught me in the middle of a lovely picnic but how very shaming, because you have arrived just at the moment that a gust of wind has lifted my petticoat’. And of course, they all have their best ooh-faces on. But let’s not forget a) Elvgren started drawing pin-ups BEFORE THE SECOND WORLD WAR which is ‘quite a while’ ago or b) that The Vaccines managed to persuade Ms. Norgaard to appear in their video. Hopefully for an absolutely vulgar amount of money. Vile.

Do not be distracted like what I was, readers - Dark Captain may have labeled themselves as ‘folktronica’ but that is simply because the modern world demands that we turn everything we say, do, eat or wear into an extension of Brand: You, and it can’t be fun for bands to do that, even if my sympathy for bleeding-heart musicians is puddle deep. Dark Captain’s heart is bleeding, but you would not scurry about shouting for someone to get a ruddy cloth because ‘Submarines’ is quite charming - a pretty if artful excursion that manages to raise itself far above its bedwet sheets by sheer dint of composition. By all of which I mean, this is a nice song. That might be all it is, and I may be willing to bet all my hard earneds on it being the soundtrack to an illustrated black and white video that has some owls in it. But like I say, it’s nice.

Maybe it’s just me, but ‘Wax’ uses that unfortunate mic technique whereby it feels as if someone is lisping, right up against your ear. Touching it, with they foreign lips. As this creeps me out nearly as much as Derek Jacobi in any film or television thing ever, I had to turn it off.

I’m sure it’s nothing to do with the fact that one of my earliest proper crushes was on a Scotch boy called Murray. I’m sure I like ‘You Look Like I Need A Drink’ because it is inherently amiable and not because I am automatically programmed to find Scottish accents appealing because of that ill-fated and unconsummated pash. Because that would mean my approach to musical criticism shares something in common with the anti-heroes of dense poetic literature - the Humbert Humberts and the Freddie Montgomerys and Tarquin Winots who never quite get over that first assault; proclivities pickled in aspic and you damned never to find any sound, touch or taste quite the same ever again. A poncey thoughtscursion for you there, provoked by some light indie. It's not 'Sunshine On Leith'.

Also out this Week

Wendy is on Twitter, here. ‘Cap In Hand’ is also quite good, isn’t it. So please can someone hurry up and take me to see Hibs. Footer: good for singing, and also the only place in polite society where it is deemed assetable - or indeed encouraging - to shout 'COME ON YOU C*NTS' .

"A lot of people have grown up with us"