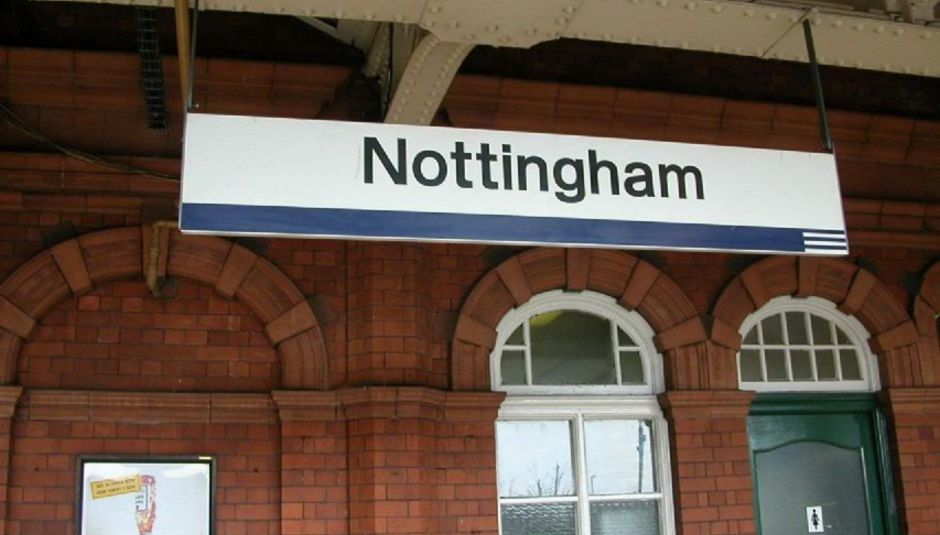 Following on from June's local scene report and gig guide from Nottingham and the East Midlands, here's the fifth installment from DiS' man in the city...

Without meaning to repeat myself too much, Nottingham really is becoming the place to be at this moment in time. Having seen two of its most promising recently ink major label deals in the form of Dog Is Dead signing on the dotted line with Atlantic and teenage singer/songwriter Jake Bugg following a similar pursuit with Mercury, there's a general feeling for the first time in over a decade that Nottingham is finally being taken seriously within the broader spectrum of the music industry.

On top of that, Splendour completely sold out well in advance while recent charity shindigs in aid of the East Africa Oxfam appeal at Stealth and the I'm Not From London curated Waterfront festival in The Canalhouse were also very well attended, despite being on weekends coinciding with several major music and sporting events both regionally and nationally.

The city's Rescue Rooms venue has also undergone something of a major revamp, having been refurnished throughout the summer. Last weekend's re-opening party saw excellent live performances from Long Dead Signal, You Slut! and Hot Japanese Girl as well as DJ sets from Talkin' Loud's MJ Cole and Kkingdomm and proved to be a resounding success, with a host of new shows also announced as the winter approaches.

This coming weekend (9th-11th September) sees the second Headstocks Festival. Held in the Newstead and Annesley Country Park, also home to the historical Newstead Abbey, the success of last year's inaugural one-day event has given the organisers impetus to turn Headstocks Festival 2011 into a full weekend. With a line-up boasting nationally acclaimed acts such as Echo & The Bunnymen, The Ligthtning Seeds, Treetop Flyers, Tunng and DiS faves Danananaaykroyd along with some of the best local artists including Ronika, The PETEbox, Royal Gala and Silent Devices among many, many others, this year's event should firmly cement Headstocks' place on the UK's ever-growing festival map.

Those lovely people from A Layer Of Chips will be hosting their annual Nottingham Indiepop all-dayer on Saturday 1st October at The Chameleon. Artists confirmed to appear so far include the excellent Help Stamp Out Loneliness, The Blanche Hudson Weekend, Standard Fare and Milky Wimpshake along with many others. Doors open at 2:30pm and DJs will spin records after the bands have finished until 2am. Tickets are priced at £12 and £8 for concessions.

Awesome shoegaze-tinged six-piece Spotlight Kid will finally be getting around to releasing their debut album this winter. Entitled Disaster Tourist, it comes out on Monday 14th November via their own Tri-Tone Records imprint. The band also embark on a nine date tour in October calling in at:-

City-based post-punk outfit The Amber Herd - and when we say "post punk", we mean like the masterclass of 1984 perfected so vehemently back in the day - released their excellent This Town EP earlier this summer. They also recorded a sombre cover of Sparklehorse's 'Painbirds' during sessions for the EP which you can hear below:-

09 Painbirds-final version by the amber herd

All-girl punk trio The Smears have finally gotten round to putting together the follow-up debut long player Hell On High Heels. We'd expect it to be full of sassy short sharp shocks that leave little to the imagination other than pave a gateway for shambolic mayhem. One man agit provocateur Jason Williamson aka Sleaford Mods is also on the comeback trail - not that he's ever been away - with his latest collection of rants and observations Cheryl Dole just about ready to go. Watch his new video for the excellent 'Police Stop' below:-

One artist we can't stop talking about in this column is Jack Peachey, aka Gallery 47. Having delighted audiences at the likes of Summer Sundae, T In The Park and Splendour this summer we're pleased to announce his debut long player, Fate Is The Law, is finally available to purchase [here]( http://gallery47.bigcartel.com/). With comparisons being made to the likes of Conor Oberst, Stephen Fretwell and Villagers among numerous others, we're quite hopeful of bigger things on the horizon shortly for the affable singer/songwriter. Here's the closing song from the album, 'Critic To A Chivalrous Scavenger'.

Another band currently making a name for themselves are The Money, a four-piece schooled in the traditional art of rock and roll infused songwriting. Their live show has been one of the most talked about in the city for a while now culminating in the band winning the recent Future Sound Of Nottingham which saw them open this year's Splendour Festival. While it's still only early days, their future looks bright as 2011 heads towards its final quarter.

It's also good to see teenage four-piece Great British Weather taking giant steps forward, as their new Current Climate EP highlights. Having won a local Battle of the Bands competition at the tail end of 2010 for which DiS were one of the judges, their sound has blossomed over the ensuing nine months into a post-punk math rock behemoth of exceptional proportions. Listen for yourselves below...

We're also getting quite excited about Long Dead Signal, a five-piece who play moody atmospheric rock in the vein of Jeff Buckley fronting The Horrors (post-2009 version, of course). With influences stretching from the post-rock structures of Mogwai through krautrock's altruistic loops to the movie score orchestrations of Ennio Morricone and John Barry, they've every chance of becoming Nottingham's next export. Listen to 'Again & Again' below:-

In the meantime, expect a busy few months ahead with the likes of Fists, Red Shoe Diaries, Frontiers and I Am Lono all foraging away in the studio as we speak.

Before we go for this installment, let's not forget the avalanche of gigs about to take place in the city this autumn. Listed below are just a small selection which has got us hot under the collar. The next Drowned In Nottingham will be live sometime in November so please keep sending those listings, release dates, news stories and links through.

Finally, here's the new video from Nottingham-formed lo-fi punks Prize Pets, which we happen to like very much. Bye for now!

Prize Pets - It Takes Time from PRIZE PETS on Vimeo