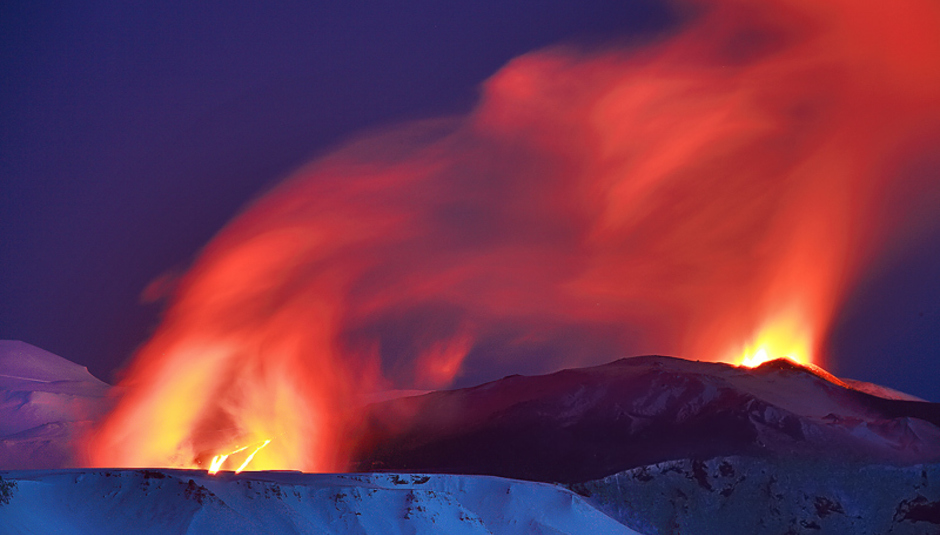 The fourty-second Spotify playlist is a little like the fourty-second President of the USA in that it's a bit of a dark horse. And is quite long. It features Rolo Tomassi, Rusko, Blood Red Shoes, HEALTH, Dark Dark Dark, Summer Camp and an awful lot more, including some volcano based frivolity. That Rusko track absolutely demands your attention, though.

We've cheated slightly on this one, but we hope you can forgive us. With the vast yet beautiful arrangements like this from Dark Dark Dark it'll be hard not to. The record this is taken from was reviewed a while ago but it's only just appeared on this wonderful contraption that is Spotify. Enjoy it.

Unfortunately - or fortunately, depending on your stance on these things - the brand new LCD Soundsystem record, This Is Happening, just happened to leak. They then took the usual step of putting the whole thing up to stream online, which you can listen to here. The song titles seemed to be muddled up slightly for some unknown reason. Hope this gets resolved soon. 'All I Want' is on it, though.

Hey! This works on two levels! When Sean sent me this playlist I thought he'd stuck it in due to events in Iceland and general Northern European airspace, but apparently not. Yes. They have also just released Volume 1 A-Z and it coincided nicely with that airborne volcanic event.

This, however, is sheer indulgence both on our part and theirs. But it does come from an official Drowned in Sound 10/10 rated record, which is if not fully then mostly deserved. The volcanic ash also put the brakes on some of our favourite touring acts. Yah boo sucks to you!

5. Japandroids - 'The Boys Are Leaving Town'

We excitedly announced the acts who will be playing our stage at the Great Escape in mid-May. Now we're excitedly listening to Japandroids' record Post-Nothing which, as I look out of the window into the dawning day and all that awaits, makes me pretty fucking happy.

6. Ted Leo And The Pharmacists - 'Woke Up Near Chelsea'

That is quite the voice. Not piercing, but prominent and bold. Combined with that driving bassline it is tasty, yet there remains something faintly OTT about it. We like. Read our review of the latest one from this lot, The Brutalist Bricks here.

Another one for our Great Escape Stage. We've been fans of these for a while, and many of you reacted positively to their recent piece which dealt with being in a touring band, a piece where some sage advice was imparted, we hope. This one, as the title may imply, takes a while to truly get going.

This playlist is just chock full of summery tunes! The Radio Dept. release a new slab of fresh material on Monday and we gave it our honest assessment here. Plenty of that joyous high-end tinkling, plus some noises which sound suspiciously like MIDI pan-pipes, though they surely can't be. Can they?

The Kiwis' Fight Softly has undoubtedly been one of our records of the year. Which is also why we're delighted to announce that they - along with plenty of others - will be playing our stage at the Great Escape in Brighton. Stoked, as the Yanks might say.

Whilst I'm still livid that these aren't two Swedish teenagers who met at an actual summer camp, singles lady Wendy Roby is over this fact, awarding them the coveted single of the week prize. Not that there is a physical embodiment of this, but I'm sure Wendy would happily draw a certificate up for you, though that would border on the patronising.

This week saw the return of MGMT, with their new record Congratulations. We reviewed it here, broadly positively. The whole record is available on Spotify so, y'know, don't take our word for it, judge for yourself. Though this could probably do with a bit more clout, the break at around 1:45 is inspired. I say it and mean it. Mainly because it goes all silly and mentions Eno's full name which, if you aren't aware, is fully ridiculous.

That bass is so delicious you could almost eat it. Rolo go a bit spacey with us on this one. There will be, hopefully, an opportunity to hear their new material when they play our stage at the Great Escape.

Hard to nail down this track's appeal it may be (it's not really, I'm just lazy...) Wendy Roby does it well: "I do not think this is the sort of record that will help you 'bag' women. I mean, you try stroking a lady in time to the crunches, pops and snags on this record; see how instead it urges you to scrape things with your nails; kick at stuff. In fact, what I end up simply calling 'Ooooooo Booooooo' is just named after the ‘woo!’ samples that are on it. (Disappointing.) Don’t get me wrong, it’s still brilliant - but I just feel a bit Trades Descriptions about the whole thing. And then, instead of listening, I feel the need to make up a grime lyric involving a ripped-off, counterfeit 'flow' that might prompt someone like Livid Kid to call in Trading Standards for a big ol’ BUST." Rebonkulous.

Um, nearly two years later (over?) and does anybody actually the lyrics to this track? These are the words which enter my mind when I hear it:

Which is about as far as it goes without descending into incoherent electronic babbling. Still, some of you must be buoyed by the news that the Toronto duo have revealed a few more deets about their new record?.

HEALTH started things off nicely for the week with their new video and then came back right at us with the announcement that there will be a sequel, of sorts, to the magnificent HEALTH//DISCO which will be called DISCO2. Wonderful as the first we hope it will be. PLUS we do like Gold Panda.

This is on here for a reason, but I can't remember what it is. Enjoy it anyway.

Click here to listen to this week's Spotify playlist and here to have a more detailed look through our archives.