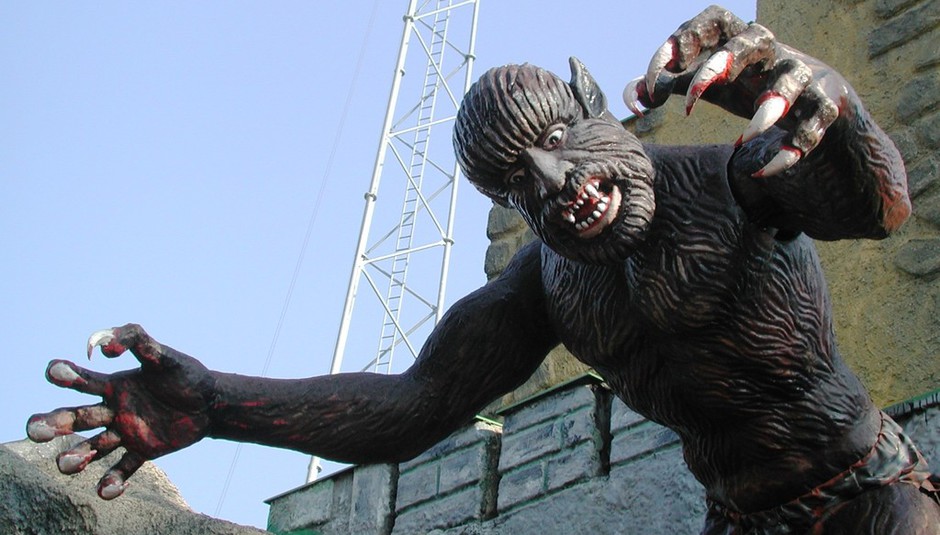 Lore, it is a proper mixed bag of amazingness this week. In the end, Summer Camp steal it; their blonde, beachy hair and mournful pop being a fitting soundtrack, now the weather has gone all peachy. If I have guessed correctly – and seen enough teen movies – it is the voices of Lili Taylor and John Cusack we hear at the beginning of ‘Ghost Train’, with pathetic old John shouting ‘I don’t wanna get hurt!’ in a way that can only mean he will be stood in the rain at the end of the movie; shouting up at Hot Girl’s window after snogging her best friend in one of many, hapless plot twists.

I could have spotted it wong though, so let’s focus on how this single really is like the breath of a particularly fine looking French girl - a Parisienne in Palm Beach, perhaps - who wisps along, centre-parted hair flapping in harmony with her waist-high flares. But for once this wisping is not spineless or weedy, because it heralds a simple tale of heartbreak in which our girl wails ‘Slow train brought you to me’ / ‘Fast train sent you back’ / ‘Sent you far from me, and now I’m all alone, alone, alone’. Thing is, you really do want her to get through to him for sure, at last and forever, before the sun sets on their Amtrak romance. As it pulsed along - all 'O Superman'-style, intoned and repetitive vocals, I found I revelled in its steam train samples, oddly muffled air and talk of hoomins SO fantastic, one is compelled to call them ‘angel’.
Charming.

Ancient Crux - 'In Teen Dreams' & Weed Diamond - 'Nothing To Write Home About' (Split, limited 7” on Half Machine Records)

Two very beau songs that would sound eerily perfect were you dancing with someone you shouldn’t on a ballroom dancefloor in 1956. And with your head pressed against his chest - the last couple under the mirrorball; tears on his front; buried shame pushing, baby-shaped, at your best, tulle frock - you might sigh over sevens that capture doomed romance with every twinkling, twanging bar. And then sway some more.

Would Paul Weller make better records if he spent less time on his ghastly, fiddly hairdo? No. But he does have exactly the same hair as my old English teacher - a woman so insensitive, she told my class (in the FIRST LESSON she took us for, mind) we were 'culturally poor'. Given she had just arrived from St. Aloysius' School For Tarquins (and we were rummish bairns, at the local hordinary comp) we naturally got very raged. Almost as angry as I am now, looking at Weller's stupid po-face and listening to his RUBBISH RECORD.
Three, two, one and relax.

I went off and researched Malachai because their press release said they were ‘rock’ - and that is a word that frightens we indies nearly as much as getting brown on our plimsolls. And you are lucky I am sparing you my prepared rant on twits who deliberately scuff their trainaz, and instead telling you what I found when I put the search terms ‘Malachai’ and ‘website’ into my internets. Because I ended up on a forum for US army brats who also want to be God’s #1 bezzie, where I learnt that ‘homosexuality is a sin, but it isn't any worse than say, murder or adultery, and those kinds of things.” I mean, I hope this has cleared that one up; bumming is as bad as murder because Dog says so. Back to the task in hand, and it turns out 'Snowflake' is mannered fuzz-rawk with choral excursions and a rather delightful syncopated sludge about it. Given that they pronounce ‘woman’ as ‘WUMMAHN’, I will be very tickled if they turn out to have been born in Basingstoke [you look it up, no really, YOU DO IT].

‘Drop The World’ is meant to be a weally, weally angry record - but of course, it is not, it is the funniest thing ever. I mean, on the chorus, Lil Wayne actually says he wants to ‘pick the world up and drop it on your fucking head.’ And then he chinny reckons he is going to get into his very own spaceship and do one; headed presumably, for Planet Mental. In any event, it’s not a very nice thing to say so I am sending him to bed with no tea or hot water bottle. And it is very cold in space, so that will give him something to think about.

Woo Boost is this week’s best single title, for two reasons. One, it sounds like the brand name for a pheromone spray you might find advertised alongside tacky testimonials. And two, all those oooooo’s, ooooty oooo. In fact, it appeals so dearly, now I just hear ‘Wooooooo Booooooo’ in my head when I read it. Unfortunately, however nice it do sound and however hilaire the things it reminds you of, it is also the wrong title, bearing in mind the racket it makes. I do not think this is the sort of record that will help you 'bag' women. I mean, you try stroking a lady in time to the crunches, pops and snags on this record; see how instead it urges you to scrape things with your nails; kick at stuff. In fact, what I end up simply calling 'Ooooooo Booooooo' is just named after the ‘woo!’ samples that are on it. (Disappointing.) Don’t get me wrong, it’s still brilliant - but I just feel a bit Trades Descriptions about the whole thing. And then, instead of listening, I feel the need to make up a grime lyric involving a ripped-off, counterfeit 'flow' that might prompt someone like Livid Kid to call in Trading Standards for a big ol’ BUST. Yeah, I just looked him up on Grimepedia, WORRABAHTIT?

The problem with Kate Nash, it seems to me, is that she does not come across like the sort of girl one wants to have round for a fiddle with a facepack - however many bottles of Sun In she might have in her bathroom cabinet. And though I find myself appreciating the rather nice artwork and her admirably well-cut fringe [fringes are one of many pointless obsessions of mine – WHY CAN NO HAIRDRESSER CUT ONE PROPERLY], I find I am left cold by her pop persona. All that said, I would be lying if I said I had not danced around my office when this came on, doing the handclaps, a 60s skippy dance and everything.

So silly, you might feel the need to reach for one of those funny jackets what can only be done up at the back by men in white. Funnier still is how I appear to remember borrowing my sister's cassette of ‘Kick’ and how I am 99% positive I used to steal it so I could rock out, in my (very pink) bedroom. Who needs to unburden dark memories with a therapist when you’ve got a singles column, eh? I WANT YOU TO DESPISE ME.

The Hundred In The Hands - ‘Dressed in Dresden’ Remixes (Warp)

One of my top ten favourite singles of last year, as retwiddled by Jacques Renault & Kyle MF Hall. You know, for the ‘clubs’.

‘Hope’ isn’t breaking too many of those pesky genre rules, but it’s still a very stately thing. If this record were a person it would be sitting up straight, not flinching and staring you out.

One of the remixes has the noise of a fire crackling for at least 20 seconds at the end. Sadly, that was my favouritest bit. I mean, yes, it is good, but it stays at ‘A’ for a bloody long time; never quite arriving at ‘B’.

It seems like everyone on Tape Club Records has swallowed some sort of pop pill. By which I mean, they all know what a tune is, and they know how to wield it. Dogtanion’s crunchy 8-bit arrangement on ‘Fringepot’ is enchanting, but I have a sneaking suspicion his voice and delivery will split the crowd.

A re-release for Wave Machines on their new, Fronch label. This is the one with the chorus like ‘Steal My Sunshine’ and it is dead, dead good.

The most exuberant intro and Joannas of any song this week, ‘If It’s Good For Me’ is a quite daft lyrical list of things Stars & Sons would do if you told them it was a good idea. And though this reminds me of eedjits who say ‘If he told you to jump of a cliff, wood-ja do that too?’ [SHUT UP IDIOTS, SHUT UP] I can get over that, it’s my problem. About as indie-pop as it gets – possibly too polished – but good.

Ganglians are like the universal hand gesture for ‘cuckoo’ (as used by people in bad sitcoms, to denote someone whose brain has gone funny) crossed with the Beach Boys. As wacky as a grown man doing boss eyes might be, then, but – and I never thought this was possible - in a good way. Also: I thought it was ‘bozz’, not boss, and this is kind of disappointing because ‘boss’ don’t look nearly as funny on the page. :(

Wendy is on Twitter here. This week she will be on the radio twice. So if you want to hear her divvy voice, tune into RADIO BLOODY ONE on Tuesday 9pm (where she will be reviewing singles with Nihal, Kid Sister & Twin B) or Future Radio on Wednesday at 2pm - when she will be banging on about the first records she ever bought / what she would like played at her funeral. She would like to point out that she is not usually this insufferable, and rarely - almost never - writes about herself in the third person.